By Emma Hart
In Fashion

RENEW, rebirth, immortality were the words chosen to frame the much anticipated Qasimi AW20 collection. Five months on from the founder and creative director’s tragic passing, AW20 marks the final collection from the fashion house overseen by Khalid Qasimi. While the previous SS20 collection was nuanced with political and cultural themes, set under a rail bridge in Shoreditch with models walking on a catwalk of coffee, new Creative Director Hoor Al Qasimi, Khalid’s twin sister, sets a quieter and more intimate scene for the collection in a dimly lit room on Bricklane, to debut what not only is Khalid’s final collection at Qasimi, but her first.

Qasimi and Head of Design Adam Rice’s attempts to continue the legacy and urban nomad aesthetic of the brand is clear in the collection. Sandy and monochromatic tones, relaxed silhouettes, and the fashion house’s signature tailoring demonstrates Qasimi’s Middle Eastern influences, as often seen in her brother’s work. Showing me their mood-board for the collection after the show, the pair tell me that the imagery and symbolism of a sunrise was vital to creating the collection. This is most embodied in the sunrise embellishment seen on one of the jackets, with the words “Every sun has to set”, later signifying its full meaning after the show closed, with the back of Qasimi’s jacket reading “To rise again”.

The imagery of strength and cycle were also prevalent in the collection, with Qasimi telling me that “the image of a serpent was very important to the collection”, as well as the infinity loop. The catwalk was unconventional, with the models interweaving two rows of guests, recreating the shape of the infinity loop with their walk. It is these small, almost hidden, details which enrich the collection with the respect and remembrance that only Khalid Qasimi’s sister could bring through her newly appointed role.

Much like in previous collections, attention-to-detail is involved in every step of the collection. Discussing fabric choices, Rice tells me about their decision to use contrasting fabric choices, varying from very sheer, wispy pieces to more structured corduroy, also revealing that the kind of corduroy used is specially made, creating a more flexible and relaxed fabric than standard corduroy. He also shows enthusiasm for Qasimi’s new role, telling me she is involved in every part of the collection, and despite being new to the fashion world, has already shown a keen eye for design.

Immortality is perhaps the most important theme in the collection. Hoor Al Qasimi, who tells me she is still working out her own distinct creative vision from the brand, demonstrates her ability to not only memorialise her brother with the collection, but solidify and uphold his legacy. 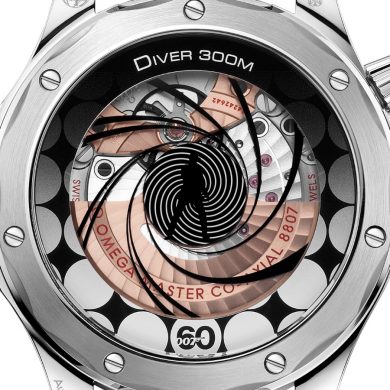