By Emma Hart
In CultureFashionMusic

“It’s easy to be complacent and it’s easy to be comfortable. And who doesn’t like it, right? But you fully have to embrace things head on. And if it fails, it fails, but you learn from failure. That’s your worst case scenario. Best case, it works out and you’re really changing things. And I think that’s what my career has been from the moment it started.”

It’s unquestionable at this point that Eric Nam is a ground-breaking K-pop artist. Named 2016 Man Of The Year by GQ Koreaand featured in Forbes 30 Under 30 Asia 2017, Nam has mixed up the K-pop music scene with his signature yet varied sound. Describing his most prolific influences, “Bruno Mars, Ryan Tedder of OneRepublic. I feel like I’m just constantly listening to so many different people that it kind of mashes and is all mixed together. Adele, Amy Winehouse – just all over the place.” Undoubtedly, there’s a strong influence from American pop in his music, not surprising considering the K-pop star is in fact a Georgia native.

He was born and raised in Atlanta, and later attended Boston College as well as spending a year studying abroad at Peking University in Beijing, so it seems that Nam’s life was always geared towards travel. Post-college taking a job as a business analyst in New York before moving to India to work in microfinance initiatives, it wasn’t the typical journey towards entertainment for the K-pop superstar. In fact, his transition from analyst to K-pop artist is one of the unusual parts of his career. Telling me about his dissatisfaction with his career and life in India, Nam explains his he felt downcast early on in his new position, “I got there and two to three months in I was miserable. It was not what I had expected in many ways and I felt like, more than me helping people, it was just kind of me wasting a lot of peoples time and my time.”

After releasing a cover on the video sharing platform YouTube in 2011, Nam was picked to compete in the Korean television music competition franchise Star Audition: Birth of a Great Star 2, in which he competed for the duration of eight months, before being placed in the top 5 contestants. Talking about the show, Nam is upfront and honest about his own unhappiness during his time on and off air, stating “Stressful. Oh man, it was a lot – they control everything about your life, right? So, they took away our phones. I snuck mine around. It was a bit different from what I imagined because the network also went on strike halfway through the show, so for two months we were like awkwardly in limbo in group housing.” He also describes the difficulty of not being fluent in Korean on the show, telling me “My Korean was not very good, very elementary so I sounded like a complete fool on TV. I was just stressed. I kind of went into it light-heartedly, like, if it works out, it works out. If it doesn’t, I have a job, you know, it’s fine. But it was eight or nine months of really intensely being on edge.” Describing it as an “emotionally draining” experience breaks away at the fantasy of an industry “big break”, revealing a more complicated (and unfortunately more prevalent) reality.

However, Nam does note that the show did propel his career, saying, “But it really did launch me into a new world of music and I guess becoming a celebrity and singer of sorts, which was not what I had planned for life at all.” After the show, Nam was quickly signed to B2M Entertainment, but explained to me that, despite assumptions, just because you’re signed to a talent agency doesn’t mean you’re on a smooth-sailing path to fame. “I signed to a label and then released an EP and was quickly then trying to figure out like how do I navigate entertainment? Because as much as I have a label, I had to be creative in terms of how was I going to approach building my career. I quickly realised that the label wasn’t going to do it for me. They’ll help me with my music and they’ll help me get to certain places, but I had to be alone and strategic in terms of how to go about it. So, TV was at the time, and until recently probably, still the biggest, best way to get out there.”

This is what led Nam into TV hosting, a huge part of his journey towards becoming one of K-pop’s biggest stars. Probably best known for hosting the hit Korean show After School Club, a show dedicated to K-pop music and its fandom, Nam later began interviewing international celebrities through his role at MBC’s Section TV – Entertainment Relay. During his time as a host Nam has interviewed stars including Robert Downey Jr., Miranda Kerr, Matt Damon, Jamie Foxx, Andrew Garfield, Amanda Seyfried, Barbara Palvin, Emma Stoneand Benedict Cumberbatch, eventually leaving this profession to focus fully on his music career.

Nam tells me that after three years of hosting, he felt unstimulated by his work, explaining, “I think there is something good about being on a show like that where you have people coming in constantly and meeting new people all the time. But for me as a person if I’m not challenged, if I’m not on edge to a certain degree, I’m not happy. I need to feel challenged and a little bit uncomfortable so that I can solve my way through things.”

2019 has brought about a new era for Nam’s music, releasing Runaway in April. The track is a new take on a love song, bringing together Nam’s signature optimism within the workings of a ballad. Beautifully tying together Nam’s dual heritage, the musician notes that he would like to differentiate from the typical K-pop sound and performance: “I’m not a part of a 10-member boy band, I can’t rap, I don’t dance so what sets me apart is my musicality and to me that’s pop. Some people hate it, some people love it. But I love it.” But while constantly compared to Western artists like Shawn Mendes and Charlie Puth, Nam’s sound has always been undeniably his. Constantly moving and evolving his sound, Nam doesn’t want to repeat what has already been done in the industry and is currently experimenting musically for his next album. “The one thing that I am thinking about right now is for the next album do we go down this brighter pop sound or do we slow it down for a little bit? I think it’s always good to throw in a few ballads here and there so that’s kind of the debate I’m having internally right now.”

Describing to me his return to the States for his North American tour, including a performance in his hometown of Atlanta, Nam explains that it was a full circle moment in more ways than one. “People ask me ‘Why did you go to Korea to pursue music?’ And my answer to that is that I didn’t really choose Korea – it just happened, you know? And the reason I think it happens is because as Asian Americans, we’ve never really had a real platform or space in Western media. Only now in the past few years has that really come out and embraced us, with BTS, Black Pink and the rise of movies like Crazy Rich Asians.”

Going on to say he embraces the change the US music scene has seen in the past ten years, Nam praises the increased representation, but acknowledges there is still a way to go for diversity in Western pop. “Those types of cultural milestones I think have now made it more, I don’t want to say, acceptable, but more open minded. So it’s become easier. But when I started out, there had still not been an Asian even in the top 10 I think of American Idol. It is really full circle having left home to go to Korea, so I could eventually perform back home.” 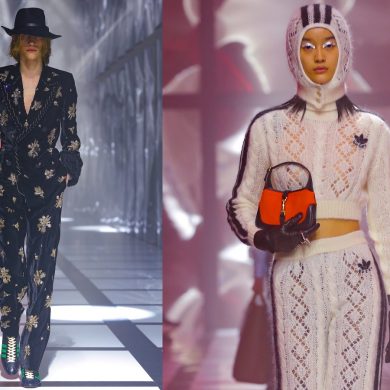