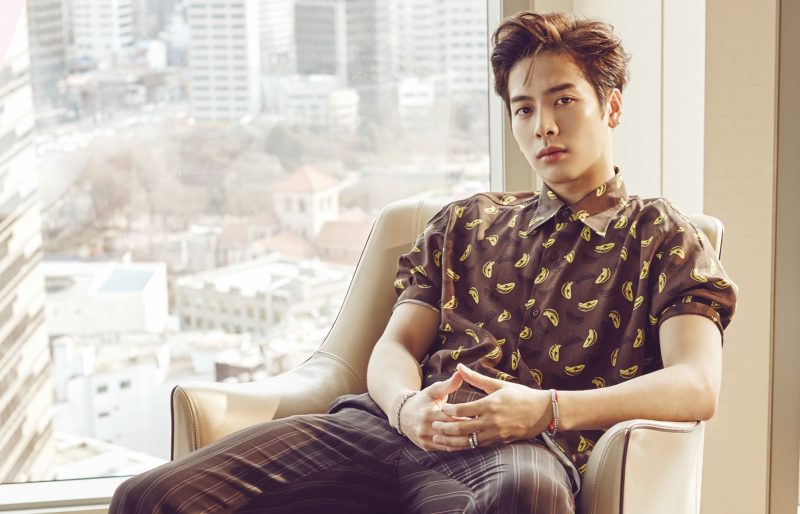 By Emma Hart
In FashionMusic

Glass exclusive – interview with K-Pop star Jackson Wang of GOT7

All welcome Jackson Wang. He the biggest popstar you haven’t heard of – until now

Jackson Wang is ready for a nap.

“Maybe after this interview I can relax for two/three hours,” he says, between bites of gimbap, a traditional Korean snack. “I haven’t slept for three days.”

It’s been a busy time for the Hong Kong-born, Korea-based singer and rapper, and it’s only going to get busier. At just 24, he’s already amassed a legion of fans and fame in Asia as one of the members of the K-pop group, GOT7, and as a television star in Korea and China. His ten million Instagram followers obsess over his every move, while countless blogs cover everything from his fashion, to his health, to his ever-changing hairstyles.

Wang is a former professional fencer who was training for the 2012 Summer Olympics in London, but his career plans took a completely different turn two years before the Games when he was approached by the popular Korean talent management company, JYP Entertainment, to audition for their new singing group. JYP, who had a history of producing successful Asian artists including The Wonder Girls and Rain, eventually signed Wang to their new seven-piece all-male pop group, GOT7. For a kid whose whole life had been all athletics until then, the idea of following his artistic pursuits was not an easy decision to make.

“My dad’s a fencing coach and my mom’s a gymnastics coach and I grew up in a sports family,” Wang explains. “But at the end of the day, I just told myself, ‘Why not just give it a try? I have nothing to lose.’”

This go-with-the-flow mentality has served Wang well over the past few years as he’s built up a successful music career with GOT7 while also establishing a name for himself with appearances on popular Korean reality competitions and variety shows. But it’s his determination and competitive nature that will set him up well as he prepares for his next chapter – breaking out on his own.

The past few years have been kind to Korean artists trying to make it outside their home country. While the success of Psy’s Gangnam Style may have been chalked up as a novelty, the rise of K-Pop stars like CL and BTS in America have given Asian acts a new territory to aim for, and a new-found belief that they too can break into the international market.

Born to Chinese parents, Wang grew up speaking Cantonese, Shanghainese (his mother’s family is from Shanghai), Mandarin, and English as a result of attending the American International School in Hong Kong.

When he moved to Seoul to join GOT7, Wang didn’t speak Korean, but quickly picked it up from spending so much time with the other six guys. (Though one of the members is Thai and another is Taiwanese-American, the group performs almost entirely in Korean).

“The other GOT7 members helped me a lot learning the language and my skill in Korean really improved while I was in the reality show,” Wang explains.

Since their debut in 2014, GOT7 has achieved enormous success in Asia, with sold-out tours and three chart-topping albums, not to mention the frenzied reaction that comes with being a certified celebrity in Korea.

“It was tough,” Wang admits, “and stressful. The training life is very complicated although it was very easy to be recruited as a trainee [for the group].

He pauses, as if to think through what he wants to say. K-pop artists are reserved in interviews, with managers and publicists pushing politeness as a front for discretion. Though Wang is alone on this occasion, he doesn’t want to come across ungrateful – or defiant. Still, he offers this: “Every week there’s a test and we have to pass the test, pass the test, pass the test. And if we don’t, we have to leave. It was harder than being an athlete.”

“In the entertainment industry, it’s 365 days, 24/7, you’re working every day, every moment,” he says. “At least in sports,” he offers, “you get to rest. After competitions or a season, you get to rest.”

In a sense, sports have taught Wang a lot about perseverance, and have also set him up for his new projects, namely, a solo album he hopes to release before the end of the year. When he was fencing, Wang would listen to rap and hip-hop to get pumped up before a bout, and he says those influences are evident in his new music. “It’s hip-hop-based with tinges of R&B,” he says, citing people like Kendrick Lamar, Gucci Mane and Logic as inspiration. His ultimate idol – “Michael Jackson”.

Though he’s still an integral part of GOT7 – the band is rumoured to be releasing new music this spring – Wang is eager to explore his own sound, on his own terms.

“In GOT7,” he explains, “the style of our music is a combination of seven people’s opinions. If we’re a rainbow, I’m just one of the colours.”

“But my music is just me,” he continues. “It’s exactly what I want to do and it’s truly my own colour.”

“I think making better music as well as performances would be the best ways to repay my fans for all their support and love. So I will do my best at composing and practising. I am very excited to meet all the fans around the world throughout the GOT7 world tour and my solo activities this year. I look forward to it!”

Wang’s first single, Papillon, was released last autumn, and the trap-inspired track made it onto Worldstar, an influential – if occasionally debase – hip-hop blog. Wang was one of the first Chinese rappers to be featured on the site, and commenters were surprisingly receptive to his sound. A second single, the Sino-Korean Okay, caught the attention of Billboard Magazine, which premiered the accompanying music video.

Wang recently built a studio at his home in Seoul and he’s been living with his producer, as they try to finish his album, in between appearances and commitments with GOT7. He’s started to make his own beats, while also writing his own material (most of the group’s songs were written for them). In addition to rap and hip-hop, Wang is also listening to a lot of electronic DJs and dance music these days, citing people like Knife Party, Krewella and Tom Size as favourites.

Outside of music, Wang is exploring acting roles too. Though he’s made appearances on shows in Korea and China, Wang says his team is putting feelers out in Hollywood. While he used to be typecast for romantic comedies and teen dramas, Wang says going solo has helped to shift the perception of him in the industry.

He’s got a lot on his plate – and breaking into the international market will be a challenge, but if anyone can handle it, it’s the guy who grew up duelling opponents with a three-foot weapon on a two-metre wide strip.

“Fencing has helped me a lot in my life,” Wang says. “It’s taught me to focus and made me determined to succeed. When I’m dedicated to something,” he says, “I go all the way. I won’t give up.”

To make sure you never miss out on a copy of Glass, please visit here to subscribe.

All clothing and accessories FENDI 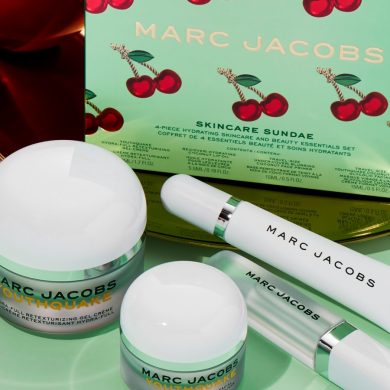