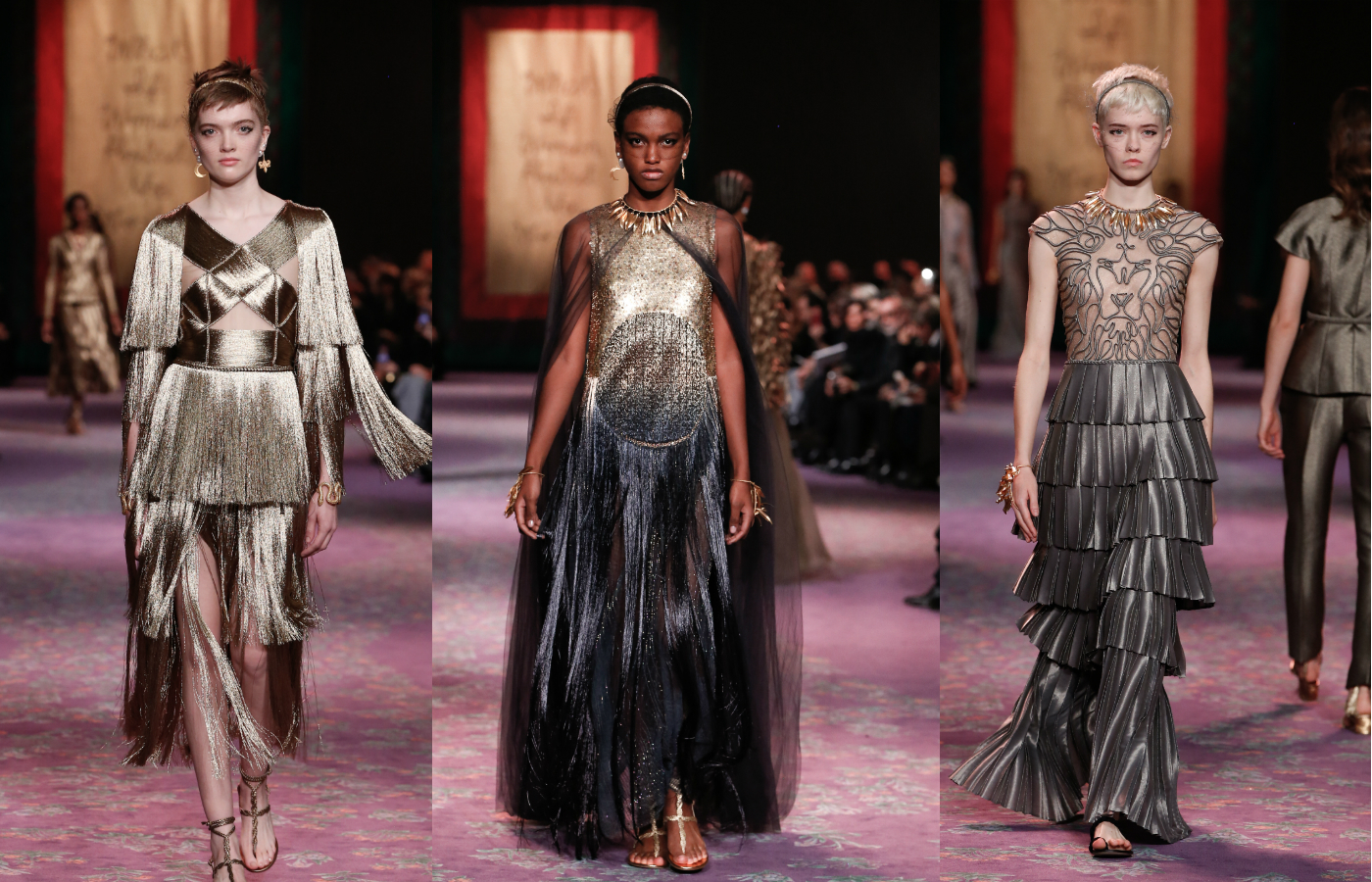 By Cara Jenkins
In Fashion

“WHAT if women ruled the world?” The thought-provoking question served as the primary source of inspiration behind Dior’s SS20 Haute Couture collection. Creative director Maria Grazia Chiuri collaborated with American artist Judy Chicago to produce a project explorative of the divine concept of femininity and its complex relationship with feminism.

The collection, in all its golden gilded glory, was presented in the garden of the Musée Rodin, transformed by Chicago into a goddess temple with a womb-shaped runway.

The Female Divine installation, designed by Chicago, collectively served as a sanctuary, a stage, and an exquisitely monumental artwork to illustrate the body of the goddess, highlighting the collection’s embodiment of triumphant beauty and the power of creativity.

Dreamy, hazy and mythical, while also maintaining an assertion of power, the collection boasted a colour palette of soft metallic golds, silvers and khakis, summoning regal connotations closely associated with the likes of an empress or female warrior.

Powerful elements were further integrated into the collection’s ready-to-wear and accessory pieces, such as the recurring golden headdresses adorned by every single model, and the intricate outlining of a lion to symbolise strength and wisdom.

The show concluded with the reveal of the finale piece, an enthrallingly celestial ensemble embellished with a sequined moon, an ancient symbol emblematic of female power and fertility.

Previous
A Perfect Romance at The Peninsula Hong Kong 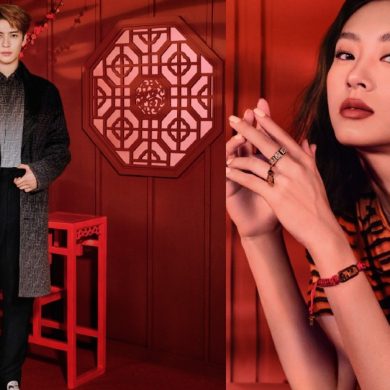