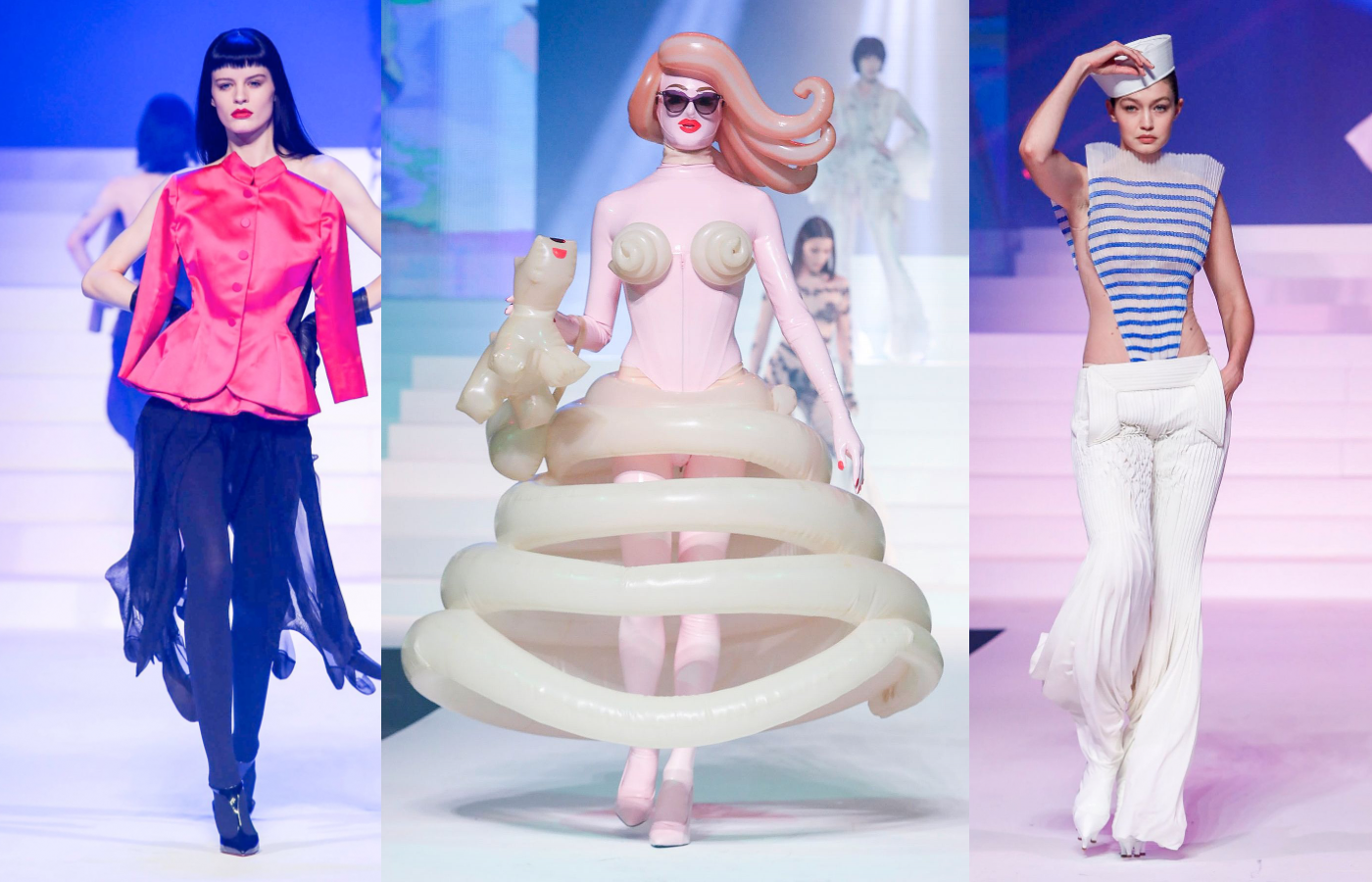 By Emma Hart
In Fashion

A CELEBRATION of Jean Paul Gaultier’s most iconic looks, the designer finishes his final haute couture show in style, concluding his run as creative director alongside the fifty year anniversary of the fashion house. The show reminisces on the designer’s most memorable and legendary designs, most notably the sailor-boy look, complete with blue and white striped pieces and, of course, the famous white sailor-hat. Other notable looks reinvented for the show includes the iconic cone bra, as well as his classic satin bustier-style dresses.

Drawing influence from cabaret aesthetic and costumes, the show was all about camp and performance, and even featured a catwalk performance by Boy George, singing Amy Winehouse’s Back to Black. Other Gaultier muses took the catwalk, including Dita Von Teese, who has worked closely with Gaultier throughout her career. Rather than a sombre farewell, the French designer sets the show like a party, full of A-List celebrities and performers, in a truly extravagant adieu to the fashion industry. What else could we expect from Gaultier?

While the collection was so diverse, strongest looks  include a fabulously surrealist silicone and PVC dress, playfully conceptual draped and ruffled chiffon dresses, and its exceptionally detailed caged pieces. Never one for subtlety, the show concluded what could be perceived as Gaultier’s ironic perception of funeral-wear; a ruffled floor-length gown complete with sequin embellishments and leather gloves. It’s a glamorous end to a glamorous show, ending fifty years of Gaultier’s reign with a celebration of all of the designer’s most iconic, adored, and revolutionary designs.

Ending the show with all the looks coming on stage to watch Boy George’s performance, Gaultier bids adieu in a theatrical-like spectacular. 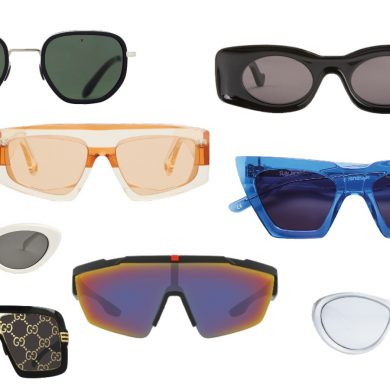 Glass presents our guide to summer shades for men