By Cara Jenkins
In FashionNews

INTRINSICALLY uniting the worlds of fashion and sport, Louis Vuitton and the National Basketball Association (NBA) have announced their partnership to produce the league’s first travel case for the Larry O’Brien Trophy. The French fashion house is the first official Trophy Travel Case provider of the NBA, while marking its first and only partnership with a North American sports league, making the collaboration rather significant.

As part of the multiyear partnership, Louis Vuitton and the NBA will be co-producing stories concerning the travel case and its coinciding with one of sport’s most symbolic trophies, in addition to an exclusive limited-edition capsule collection, with further details to follow.

“Louis Vuitton and the NBA are both icons and leaders in their respective fields, and the joining of the two promises exciting and surprising moments, forging historic memories together,” said Louis Vuitton Chairman and CEO Michael Burke.

The meticulously hand-crafted trunk is adorned with the brand’s emblematic Monogram canvas with traditional brass fixtures, fitted with a regal blue velvet interior to make a suitable residence for the trophy. The bespoke trophy will feature inside the case, which was assembled in Louis Vuitton’s Asnières workshop in Paris, to be presented to the winning NBA team in June.

Mark Tatum, NBA Deputy Commissioner and Chief Operating Officer, concluded “The tradition, heritage and identity of Louis Vuitton create a natural synergy with the NBA, and this partnership provides a unique and befitting way to showcase our championship trophy to our fans around the world.” 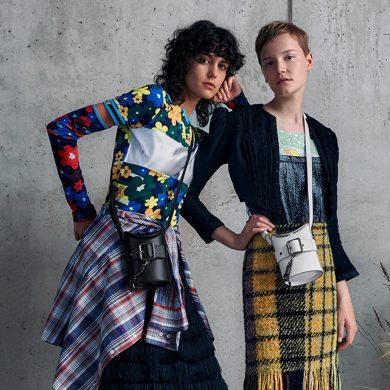