Givenchy unveils its Spring-Summer 2020 advertising campaign with a beautiful dichotomy. Dressed in key looks of the season, the timeless icons Charlotte Rampling (featured in the very first Winter issue of Glass back in 2010) and Marc Jacobs evoke memories of Paris and New York in the Nineties in images lensed by the photographer Craig McDean under the guidance of Artistic Director Clare Waight Keller.

Individualism and iconoclasm embrace the liberated, self-assured allure that is so emblematic of Givenchy ready-to-wear and accessories. The series honors the “Givenchy sitting” style of portraiture, a celebration of strength, wit and an innate sense of elegance. It follows the campaign starring Ariana Grande, for the Fall- Winter 2019 season. In the campaign’s accompanying video, its stars appear “as they are”.

Charlotte Rampling – dressed in her signature masculine/feminine style – offers Marc Jacobs a master class in what she does best: acting. With timeless chic and natural grace, the English icon coolly plays foil to Marc Jacobs’ extravagant, tongue-in-cheek take on femininity. The season’s footwear plays a surreal cameo as a telephone, for example. These images represent the first wave in a series for the Givenchy Spring-Summer 2020 campaign. 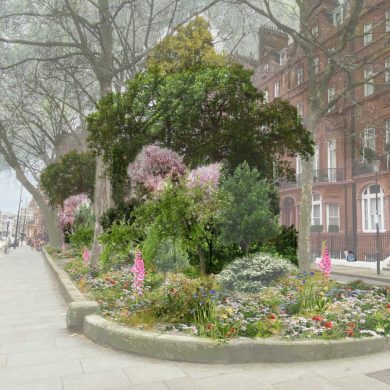