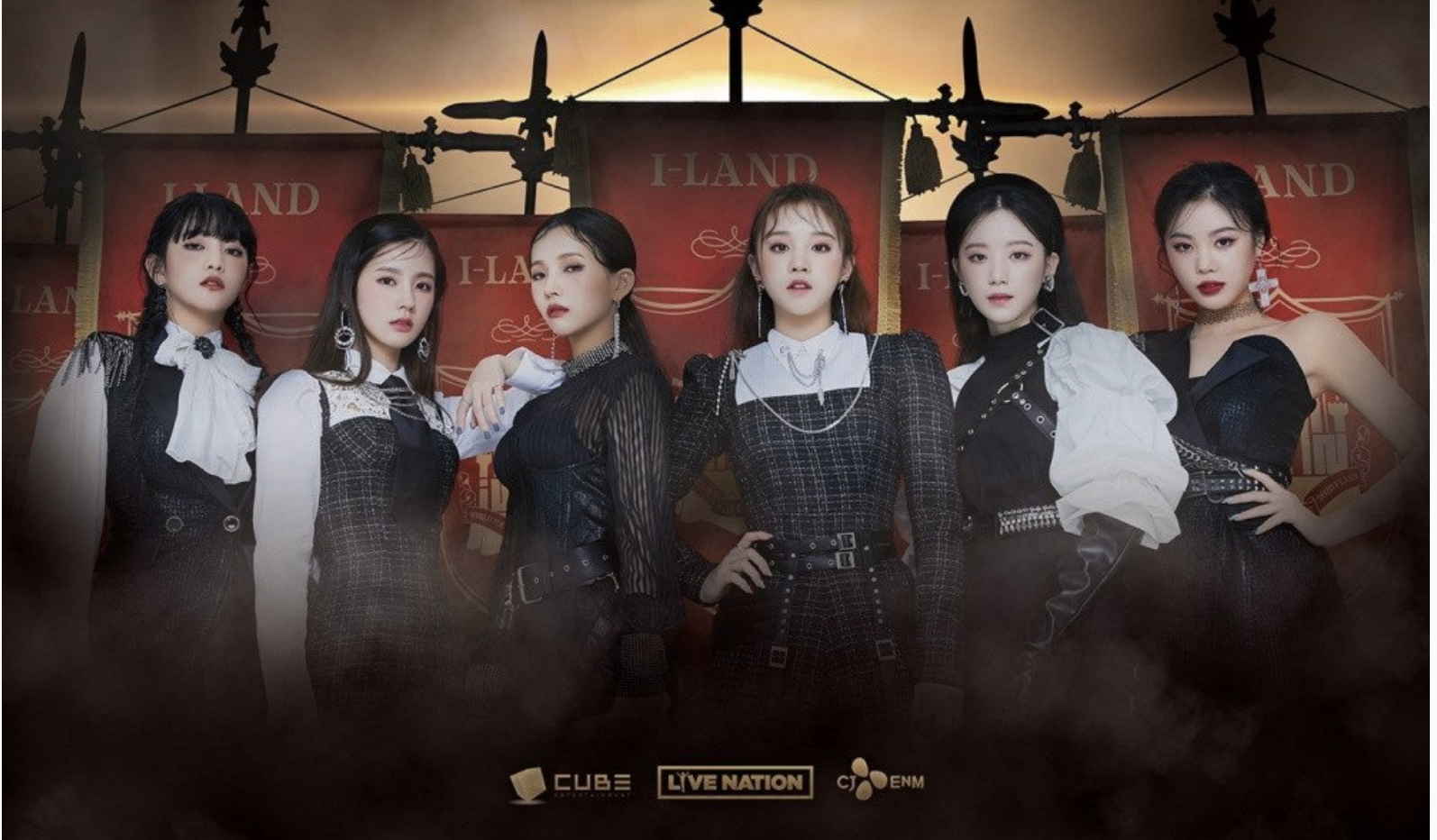 Cube Entertainment’s KPOP recording artists(G)I-DLE  announced this week to their fans the next teaser for their upcoming spring 2020 world tour. The #Neverland fandom were waiting in anticipation for the news that dropped on the bands social media.

The tour “teaser” details Macau, Bangkok, Tokyo & Taipei but not Hong Kong (yet). In addition, the tour will take them through USA and parts of Australia.With a legitimate “buzz” about all of their growth and future plans,  both Glass and ID and have named (G)I-DLE was one of their “K-pop acts to watch in 2020” with the group featuring prominently on the glass HK spotify K beats playlist.

The band is currently writing, recording and producing new songs and will have more announcements in the coming weeks. The tour begins in Bangkok on the 4th of April with the Macau date on June 28th – all venues to be announced.

ABOUT (G)I-DLE Since their debut in late 2018 with their uber successful song and video Latata, this group of young and brilliant young women have released multiple songs and videos, had a successful TV run on Mnet’s QUEENDOM and participation in many other projects. The year 2020 has (G)I-DLE poised for even bigger recognition. They recently received an Award for Best Performance at the annual Golden Disc Awards and The World K-POP Rookie award from the GAON Chart Music Awards.  In addition, they performed in early January as fans cheered at the Golden Disc Music Awards along with other critically acclaimed artists such as BTS, MonstaX, TWICE and others.  The year began with (G)I-DLE releasing their album I made in February of 2019 which featured their hit single “Senorita”. That song quickly rose to viral fame and viewed on YouTube over 70 million times racking up Spotify streams of over 35 million. Following that, these multi talented singers released their next song  “Uh-Oh” which met with similar success.

As their songs and videos grew, so did their fandom, #Neverland who have supported these fierce, independent and talented women, Miyeon, Minnie, Soojin, Soyeon, Yuqi, and Shuhua as they navigate their songs and showcase their unique and individual musical abilities. (G)I-DLE was one of the most popular bands on Mnet’s Queendom, an American Idol type show with a reality TV format that showed the development of a few different bands competing for the win. As they went up against more established KPOP artists known mostly in Korea, (G)I-DLE became the center of every episode and was the hands down, fan favorite every week. (G)I-DLE released their powerful song and video “LION” which received immediate critical acclaim and trended on Twitter for the first three days after release. To date, the video has been streamed almost 35 million times and although not part of a full album, the song spent 4 weeks on the Billboard World Digital Song Sales Chart and was voted by Billboard as one of the top 25 Kpop songs released in 2019.

Billboard, wrote: “Though not part of an official album by the group,…LION is one of the most visceral tracks of the year. Every part of this anthem is brimming with untamed, frenetic, self-assured power that’s channeled into its booming rhythms, more appropriate for a battlefield than a stage. As the young lionesses of (G)I-dle reshape the terrain by ‘dancing to the lion’s wild beat’ and walk through the carcasses of their naysayers to ‘take their crowns’, their message is loud and clear: take your best shot. They’re ready.