For those of you who don’t know, The League of Legends is a multiplayer online battle arena video game developed and published by Riot Games for Microsoft Windows and macOS – and one of the most popular digital games (and the most watched eSport) ever. Louis Vuitton’s Artistic Director of Women’s Collections, Nicolas Ghesquière, continues the maison’s collaboration with this global phenomenon with a second True Damage Prestige ‘skin’ for the League of Legends Champion, Senna.

Initiated last year, the landmark partnership already saw a Louis Vuitton-crafted Trophy Trunk for the 2019 Summoner’s Cup, a prestige skin for champion Qiyana, and a first capsule collection of ready-to-wear, accessories, and more. This year, Ghesquière unveils another haute fashion prestige skin, this time for the champion Senna, as well as a corresponding capsule collection.

Senna’s in-game Prestige Louis Vuitton skin will be exclusively unlockable from February 4, 2020. Players can earn the skin by playing a certain amount of games of League of Legends during this time period and collect in-game currency after each game that will let them unlock it.

The second Louis Vuitton x League of Legends capsule will be available on louisvuitton.com and at the following Louis Vuitton stores as of February 14th, 2020:

Next
Dior unveils its DIORTRAVEL line for Cruise 2020 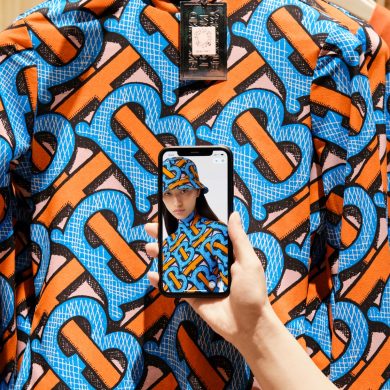