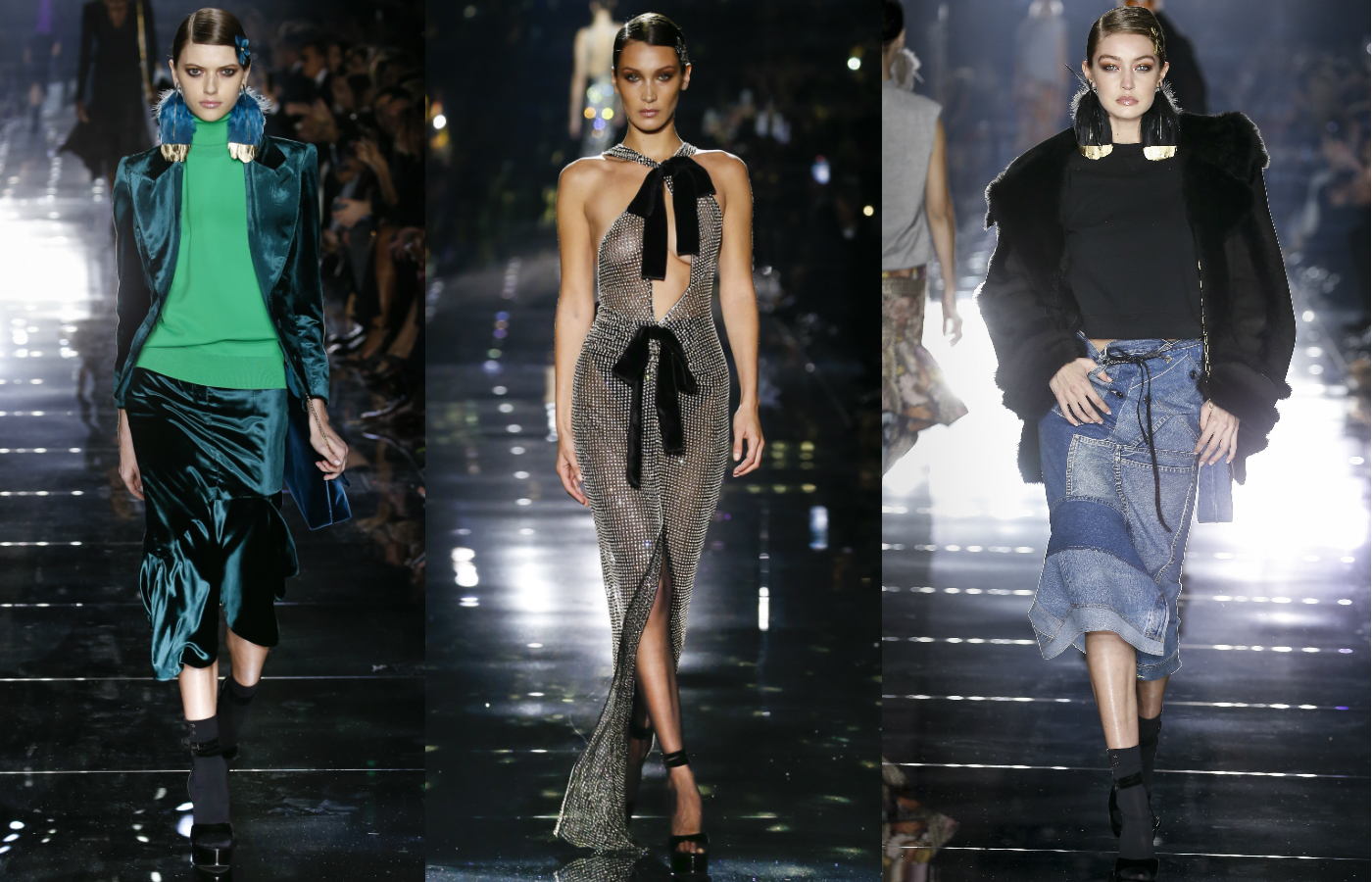 By Cara Jenkins
In FashionFashion shows

Although a self-confessed “classicist at heart”, Ford adapted his collection to convey sartorial eloquence with a modernised edge. Lavish pieces were interspersed with simple grey loungewear attire to highlight both the allure of the red carpet and the tracksuit-clad aftermath.

Glam and glitz remained a central theme to the collection, with Ford experimenting with extravagant textures and materials for accessories and ready-to-wear pieces. Models were encased in sequins and feathers and accompanied by sculpted platform heels to encourage the illusion of longer and leaner silhouettes. The show commenced with Bella Hadid stepping out in a sparkly sheer dress embellished with black velvet bows to leave very little to the imagination.

“I find the human body beautiful”, explained Ford. “Without thinking, I naturally tend to cut clothes that accentuate and enhance its form and thus my clothes are by nature sensual. And at times sexual.”

Distressed and reassembled denim dominated the runway with Ford placing emphasis on its versatility to be “worn as fashion pieces and not just as jeans”. He experimented with double denim by styling Gigi Hadid with an ‘80s denim purse finished with a gold chain strap to accompany her patchwork midi skirt. Military-inspired elements also took prominence in the collection, using khaki and loden for tailored jackets, skirts and trousers.

For the first time, Ford included a bridal look to conclude his runway show, presenting a one-shouldered white dress which clung to every curve, adorned in floral embroidery and finished with a floor length veil.

Feeling “particularly romantic this season”, Ford chose to steer away from the sexual in favour of the sensual, in a response to age and time with regard to himself and the ever changing world of fashion. His sense of optimism is reflected in the AW20 collection, retaining effortless glamour in true Ford style. 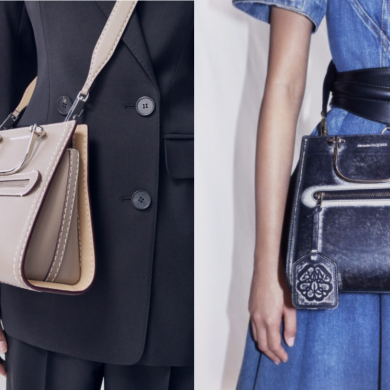