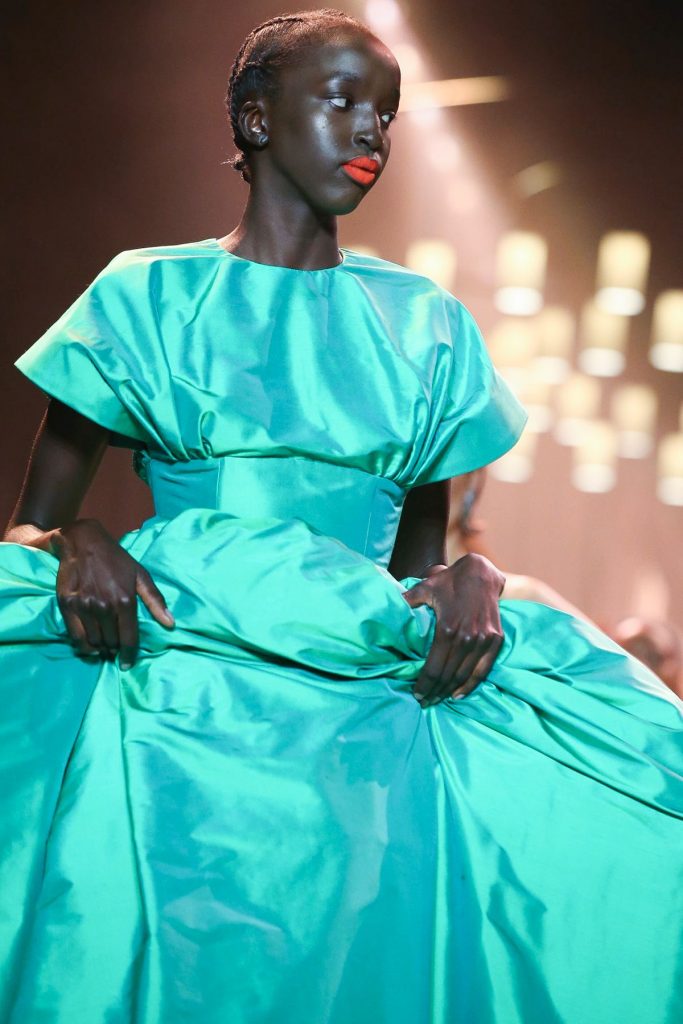 FOR AW20, Christopher John Rogers gave us all a lesson in dramatic colour-blocking. The 26-year-old designer presented his fourth, collection at New York Fashion Week in the acclaimed Spring Studios this Saturday.

His first show after receiving the CDFA/Vogue Fashion Fund award last year was even bigger and bolder than what we have seen before. Spring Studios was transformed to look like the inside of a ballroom, with floor-grazing drapes and a decadent chandelier suspended from the ceiling. Following a long musical intro the room was filled with hazy smoke as the show opened.

The first look set the tone for the collection, featuring a balloon sleeve shirt and a strawberry shaped skirt both in tangerine dupion silk. A Perrot-esque ruff framed the models face, grazing her oversized embellished orange earrings. Throughout the collection technicolour gowns and tailoring in taffeta, satin and dupion silk appeared iridescent in the makeshift candlelight.

John Rogers’ signature voluminous silhouettes were maximised, with runway-wide showpieces in teal taffeta and hot pink gingham printed satin. The masterwork of hairstylist Naeemah LaFond, each model’s hair took on a different form, complimenting the structural looks within the collection.

Inspired by the notion of “chaotic glamour”, Christopher John Rogers aims to champion “new high-evening propositions for the modern aggressive femme.” As a whole the collection spoke of fantasy, an injection of glamour and colour into this seasons New York Fashion Week schedule. 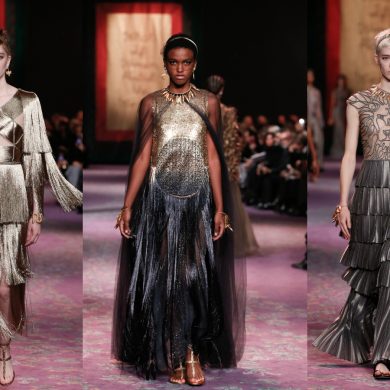