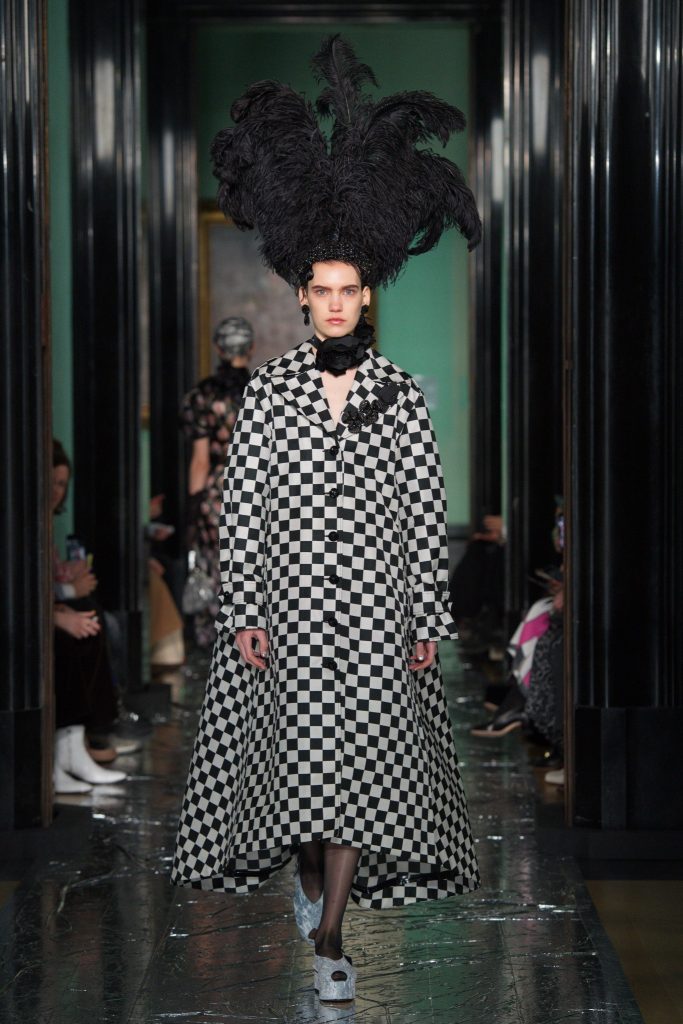 By Augustine Hammond
In FashionFashion shows

BENEATH the oil paintings that line the walls of the National Portrait Gallery, Erdem Moralioglu presented his AW20 collection on the penultimate day of London Fashion Week this season.

It is not the first time that Erdem has chosen such a backdrop to frame his characteristically romantic handiwork. However, this time his choice in location seems most significant. With an exhibition dedicated to the work of photographer Cecil Beaton, opening in a month’s time, Erdem chooses to look directly to this for inspiration.

An ode to Beaton’s Bright Young Things of the 1920s and ‘30s, Erdem incorporated graphic modernist prints in checkerboard monochrome, which featured throughout the collection alongside silver chandelier embellished dresses, skirts and tailored jackets.

Exaggerated ostrich feather headpieces and chokers echoed the Beaton influences, as did the models’ hair that was cropped and coiled into finger waves. The colour pallet was relatively subdued with the occasional flash of silver, harmonious with the silver-giled runway and in reference to Beaton’s early portraits of his sisters.

100 years on from the 1920s, a great era of modernisation and technological development fuelled by post-war depression, seems like an increasingly relevant reference point for the uncertain times ahead in 2020. However, Erdem identifies the beauty from within this era and creates a collection for the contemporary woman with this in mind. 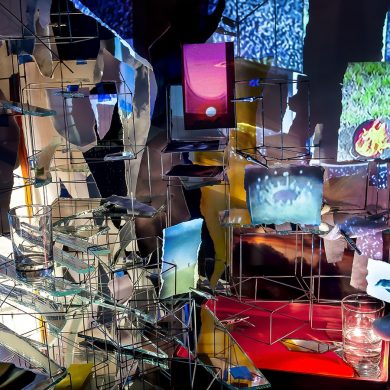