INCLUSIVITY, glamour, and dominance – that was Fendiat Milan Fashion Week. Everything screamed double-entendres that evening – from the baby pink interior filled with boudoir sofas to Fendi’s Autumn/Winter collection itself. This year, directing the house for the second year after Karl Lagerfeld, Silvia Venturini Fendi presented her interpretation of femininity – and while it includes some soft elements, such as pink skirts and light pink gloves, ultimately it was dominated by the looks of a glamorous yet dangerous femme fatale.

On the one hand, from the styling of the models to hair and make-up, every look at Fendi’s show was heavily inspired by the 1940’s fashion, particularly its presentation in Hollywood. Classic and glamorous grey trenches as well as powder pink jumpers and dresses with sculpted sleeves certainly dominated the first part of the show.

However, it wasn’t long until the collection took a turn to its sexier, more dangerous and dominatrix-reminiscent part. Venturini’s inspiration by the French film Maîtresse (1975) was clearly reflected in most of the looks of the Autumn/Winter collection, such as the leather trench as seen on Bella Hadid and sheer transparent black dresses – a fusion of lingerie and little black dress.

In addition to the phenomenal looks, the attention to detail at Fendi’s fashion show was equally impeccable. Alongside Fendi’s it-bags, like Peekaboo, and oversized shopping bags reading FENDI, headbands made a surprising appearance – only this time, they were upside down, resting under the intricately woven buns of the models.

This year Fendi truly set themselves apart from other fashion houses at Milan Fashion Week – and all for the right reasons. While Fendi celebrated feminism and portrayed women as powerful and daring, it initiated another conversation on inclusivity by casting women from an excitingly diverse array of cultural backgrounds, ages, and sizes, thereby making the show truly one of the most memorable ones. 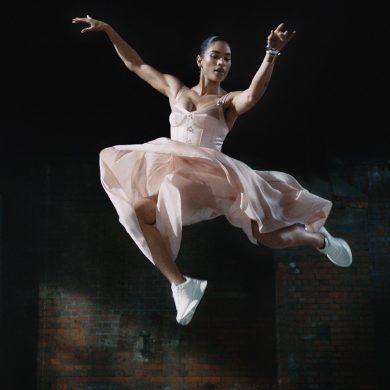