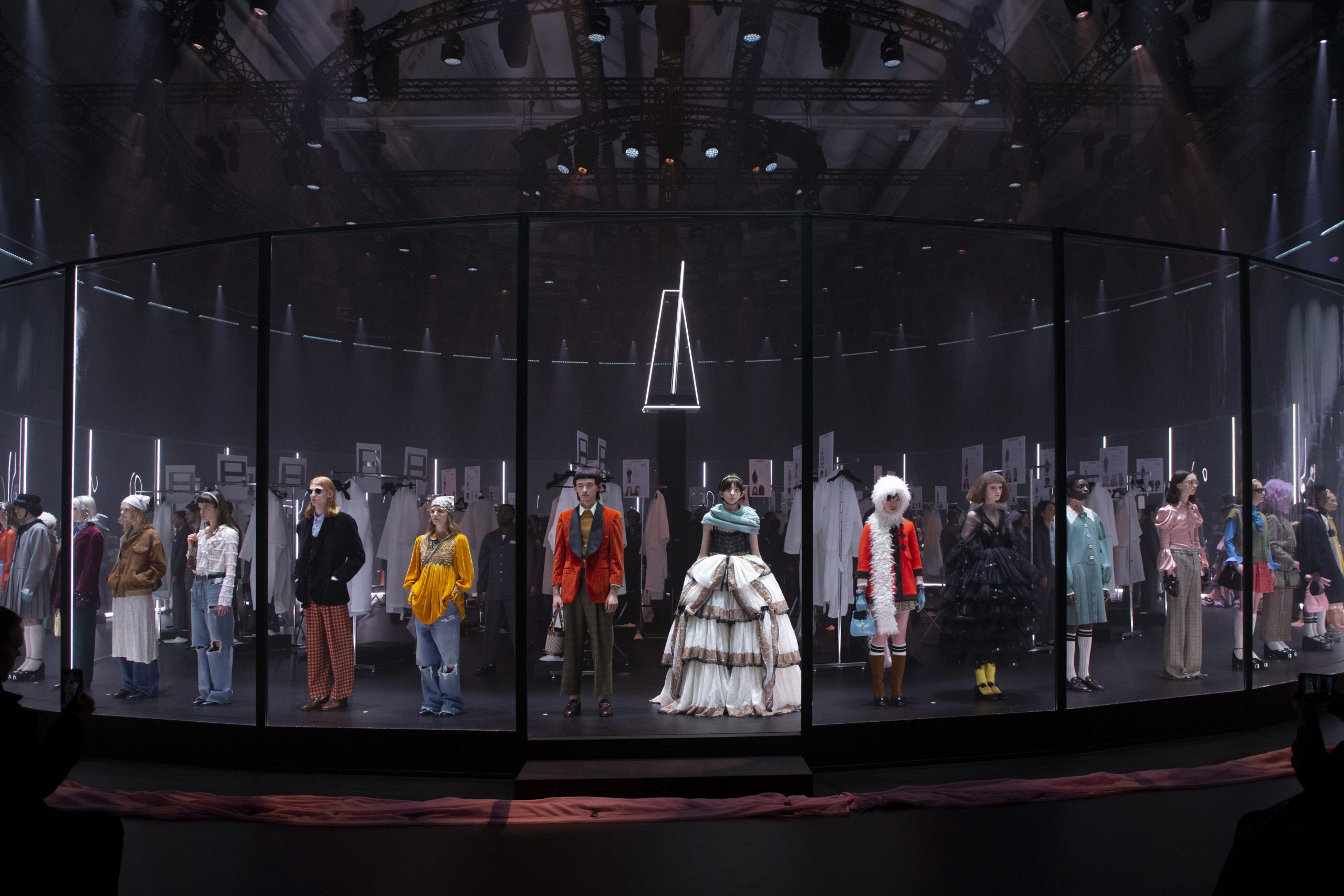 BRINGING backstage on stage, for AW20 Alessandro Michele turned the Gucci show space inside out. Set behind panes of glass on a revolving circular platform, the space was lit with dim sepia-toned lighting, which cast shadows onto the scene behind the glass.

The space was filled with rails and white robes, each model surrounded by their own team of dressers, hair-stylists and make-up artists, all making final refinements to their looks. In the centre of the platform, a large illuminated pendulum tick-tocked back and forth to the sounds of Ravel’s Bolero, as one-by-one the models turned and lined up in the audience facing glass box.

Five years on from his first womenswear collection in February 2015, this season Michele looked back in time for inspiration. Heavily influenced by his own personal archive of vintage children’s clothing, the collection – doll-like in appearance – featured grey flannel and peter-pan collared school dresses.

As a whole, in true Gucci fashion, the collection was mismatched yet pleasantly surprising. And as for the set, Journalists are used to seeing only the final stage of what a designer spends months making, and Michele’s decision to turn this on its head, marked a refreshing start to Milan Fashion Week this season. 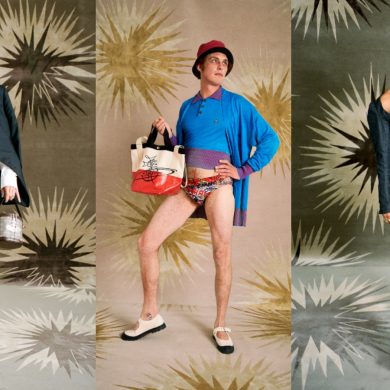