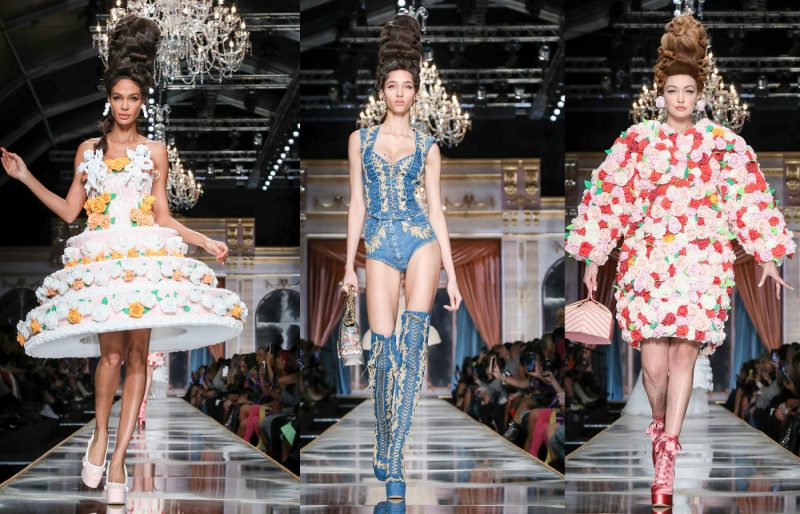 “LET THEM eat cake!” Or actually wear the cake, as it was in the case of Jeremy Scott’s Moschino fashion show at Milan Fashion Week last night. Jeremy Scott is no stranger to a little experimentation when it comes to fashion shows, and this one was no different. For Moschino’s AW20 collection, Scott chose arguably the first fashion celebrity and one of the most scandalous figures in history – French Queen Marie Antoine. The catwalk instantly turned into a fusion of a Versaille Palace and a rendition of Beauty and the Beast, where shortened pre-French-Revolution dresses were followed by rather appetising looking cake-dresses.

Aristocracy before the French Revolution was well-known for its decadence in behaviour and spending habits, especially in fashion. Jeremy Scott brought that decadence to Milan by replicating extremely curled French panniers decorated with toile and floral prints, paired with thigh-high laced-up boots.

Putting a spin on the French theme, Jeremy Scott mixed a little denim into the collection, with Marine Antoinette-esque golden embroidery, of course.

In addition to the highly impractical, but still gorgeous dresses, it was a big night for Moschino accessories. While showcasing Moschino hanging belts, chained necklaces, and jewellery, Scott also presented a new collection of bags, which were in forms of baguettes, croissants, and cakes.

As for the show’s culmination, Jeremy Scott released quite literally the Crème de la Crème of his collection – the cakes. Pastel-toned and highly detailed, the cakes reminded us more of a wedding cake tasting than an Autumn/Winter fashion show.

Although most of the items in the collection are impractical and more of a “dress for an occasion” type, which are more suitable for the concerts of pop stars like Katy Perry, it was still a beautiful collection to observe. Ultimately, Moschino fashion show became the very thing it was copying from pre-Revolution France – an incredibly fascinating spectacle with a hint of decadence. 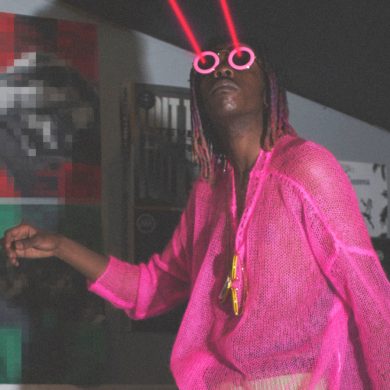