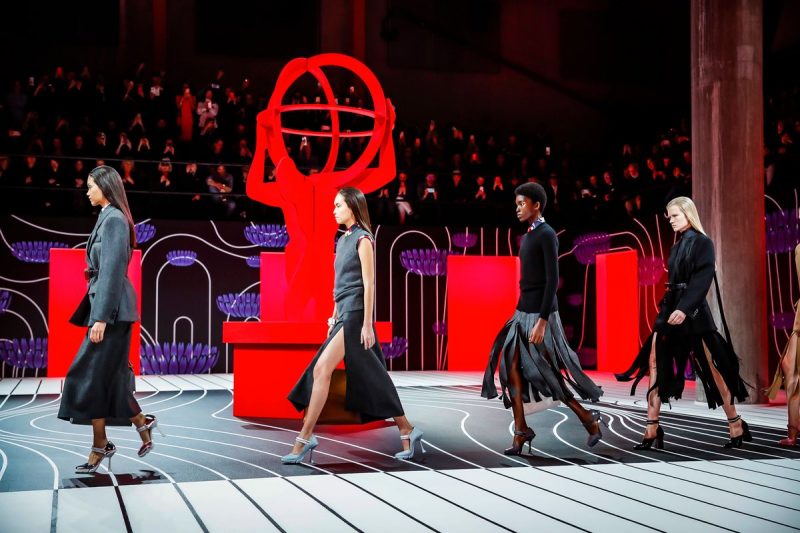 By Augustine Hammond
In Fashion

YET AGAIN held in Fondazione Prada where we witness Miuccia Prada‘s menswear offerings last month. For womenwear AW20 the Prada show was set in two deep void-like piazzas. From above, the audience peered down at what could’ve been a daytime TV game show from the future. Each space identical, its centrepiece a reimagined statue of Atlas, and its walls decked in graphic floral and linear motifs, setting the scene for Miuccia Prada’s underground dystopia.

The first series of looks featured wool tailored jackets and overcoats, nipped at the waist with kiss-lock purse belts. Wristwatches and necklaces featured similar miniature adornments – adhering to this season’s micro trend. Traditional suiting was transformed with hair-like fringing and tailored skirts that were cut and slashed into thick ribbons, fluttering wildly as the models walked the show.

Occasional injections of block colour rendered in lavender, emerald and candy tones, appeared on ties and opaque tights. Tweed blazer lapels and knitted cardigans were ornamented with cascading strings of black beads, complimenting a pair of lemon and lilac sequin embroidered dresses, which emerged later in the show.

Moving away from work-wear, a series of nude sheer dresses were worn under jackets and over knitted sporty two-pieces, finished off with floral stitching that echoed the prints on the walls. Said prints were carried forward on to sweater-vests and black pyjama-style silks that closed the show.

Miuccia Prada’s latest collection upholds her legacy in creating clothes for women that communicate strength. Her sheer wit, meticulous attention to detail and manipulation of tailoring, speaks – like it always has done – to the contemporary woman. 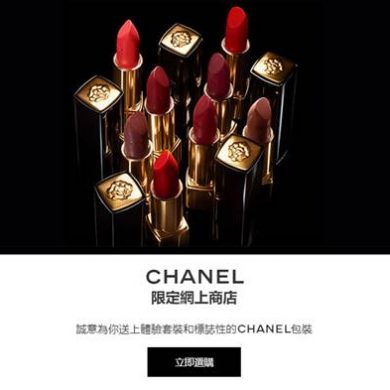