By Augustine Hammond
In Jewellery and watchesNews

AHEAD of the Baselworld watch and jewellery show at the end of April, Chanel has announced the launch of two new watch models for 2020. A “reincarnation” of the J12 watch – launched 20 years ago – the J12 Paradoxe and the J12 X-Ray offer never seen before technology and beautiful design.

Black or White? You no longer have to choose, the J12 Paradoxe comes with black and white together on the same face, the separate colours divided by a clean line. “Its unique aesthetic is the result of a highly technical feat accomplished by cutting and fusing two ceramic cases of different dimensions – one white and the other black. Assembled together, they form one casing,” Chanel notes. Comprised from scratched resistant ceramic, the production of this watch requires meticulous craftsmanship mastered by the CHANEL Manufacturer in Switzerland. The J12 Paradoxe also comes in a limited edition black colour-way, which features an alternative diamond incrusted contrasting segment.

The second newly launched watch, the J12 X-Ray, breaks boundaries in watchmaking, made up almost entirely from transparent sapphires. A statement released by Chanel outlined, “it abolishes black, transcends white and goes beyond colour by choosing transparency. The new J12 X-RAY watch displays its watchmaking mastery in a unique sapphire case that allows us to admire the incandescent purity of its forms. For the first time in history, a watch is created with a strap composed of links cut from raw sapphires.”

The launch of both the J12 Paradoxe and J12 X-Ray, marks the 20th anniversary of the legendary J12 in signature Chanel style – with luxe and innovation. 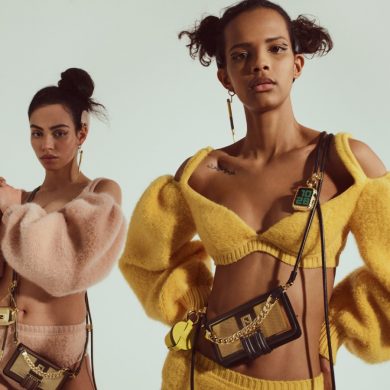