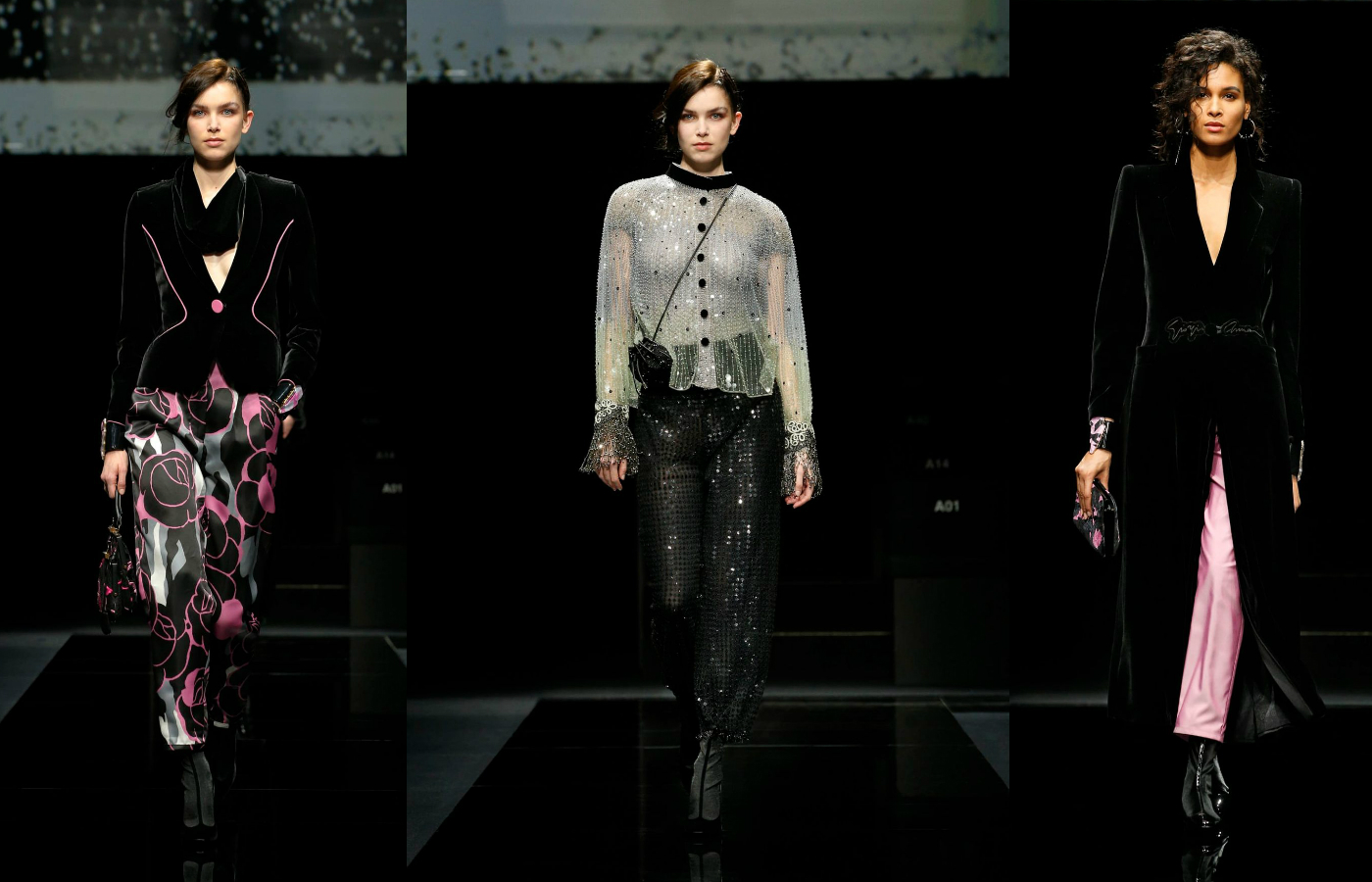 ON THE one hand, the fashion show of Giorgio Armani, which closed Milan Fashion Week and officially passed the baton to Paris, was an ordinary fashion affair. In a beautifully dark room, models walked showcasing Armani’s AW20 collection while Rachmaninoff’s Rhapsody On a Theme of Paganini filled the space. Only there was one rather significant piece missing in this puzzle – the audience.

Shortly before the start of the show, Armani announced that in light of the recent spread of the Covid-19 virus in northern Italy, no members of the audience or the media will be allowed in the show space, opting instead to showcase the collection via social media. A modern solution, indeed, which made Armani’s incredibly beautiful collection, dedicated to velvet, available to an even larger audience worldwide.

Even with such unforeseen circumstances, Giorgio Armani’s collection was undoubtedly one of the focal points of Milan Fashion Week. An ode to velvet, the AW20 collection was thoroughly feminine and elegant, with the soft touch of velvet palpable even through the lens of social media.

Embracing dark velvet as the leitmotif for the collection, Armani interspersed a dash of colour into some of the looks by fusing black velvet with pink florals. What made the looks even more elegant was Armani’s accentuating the sharpness of the shoulders in blazers and shirts – an homage to timeless power suits.

Towards the end of the show, Armani surprised his online audience by breaking the pattern of dark hues and velvet and opting for a silver embroidered chiffon instead. The difference in fabric, albeit unexpected, yet very organically fit in within the dark interior and the rest of the velvet-dominated collection.

As the last AW20 looks disappeared behind the curtains, 12 models of Chinese descent suddenly appeared on the catwalk, wearing looks from the Armani Spring/Summer 2009 and 2019 collections, which were inspired heavily by Chinese culture. Closing Milan Fashion Week, Giorgio Armani show became a perfect epitome of what the world needs today – a statement of unity, solidarity and camaraderie.

Next
Marion Cotillard is the new face of Chanel No. 5 fragrance 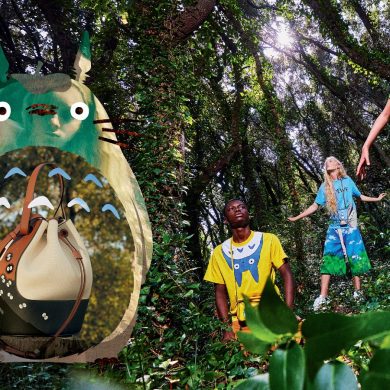