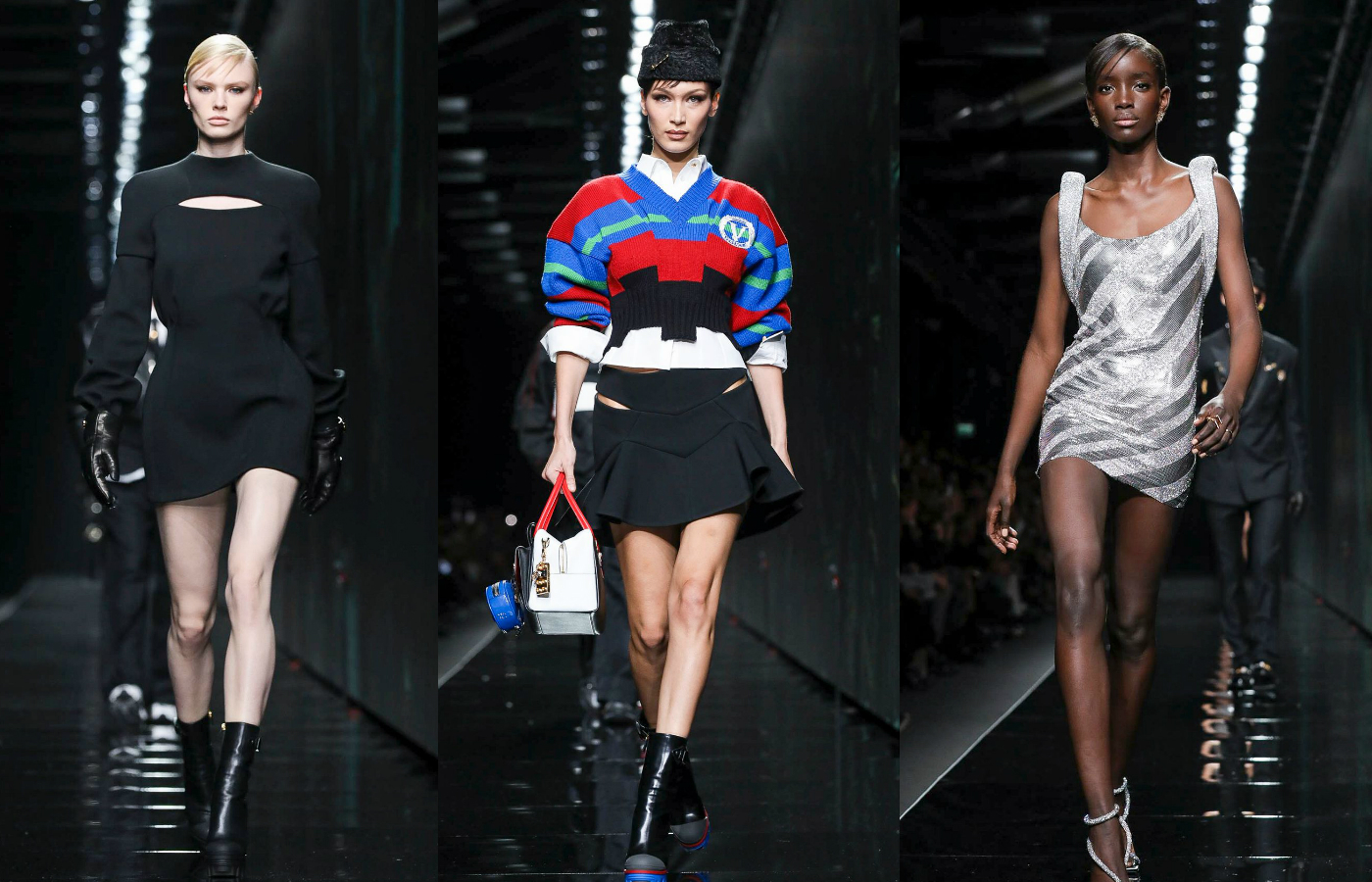 FOR A timeless vision of glamour and glitz, you needn’t look any further than Versace’s AW20 collection. Combining the modern, exaggerated and the extreme, Donatella Versace presented a flurry of the Italian fashion house’s quintessential elements through a modern lens, with men’s and women’s collections featuring on the same runway for the very first time.

The heart of the venue paid homage to the modern influencer culture of today, with cameras dotted along the runway to capture shots of the guests and project them on a screen directly opposite. Albeit mixed responses, with many squirming at the mere thought of being publicly televised, the point was to reiterate that the spotlight graces each and every one of us on our own Instagram feeds, highlighting a certain individuality and uniqueness, thanks to social media.

Drawing inspiration from the men and women of today and how to best define them, Donatella commented, “They care about authenticity and having a point of view.” With this in mind, the fashion legend assembled her collection to juxtapose hyper-masculinity against sensual femininity. Exaggerated shoulders and cinched waists were not intended to distinguish fluidity, but rather to shed light on the opposing extremes of both genders.

Rather fitting with the starry theme, evening wear certainly stole the show. Dresses comprised of chain-mail elegantly cascading with the suppleness of silk emphasised the epitome of signature Versace. A glitzy array of metallic mini-dresses sauntered down the catwalk to portray the very life and soul of the party. Kendall closed the show in a silver pelmet-skirted barely-there dress, referencing the ‘90s to highlight a new era of Versace glamour.

Despite Jennifer Lopez closing the Versace show last year in the iconic dress that broke the internet twice in the space of two decades, the stimulating backdrop and pulsing music, with Donatella taking a digital bow, certainly elevated the fashion show to a whole new level of innovation.