The men’s watch is 45mm in diameter and comes with a barrel-shaped case with a skeleton dial, a black alligator strap, and bezel set with 60 baguette-cut gemstones. The women’s watch is purposefully contrasting the men’s with its white strap, 39mm in diameter, and bezel set with 50 diamonds. Both watches are equipped with HUB4700 self-winding skeleton chronograph movement.

The second pair is even more radiant than the first, following a rainbow motif. With men’s coming in a 42mm diameter and a skeleton dial, it is set with 309 and 657 round and baguette-cut gemstones in eight colours, including pink, blue, yellow and orange sapphires, blue topazes, tsavorites and rubies. The women’s is 39mm with a bezel set with 54 baguette-cut coloured gemstones. Both watches are polished 18K king gold and are also run on HUB4700 movement with a 50-hour power reserve.

After its founding in 1980, in 2005 Hublot released its multi-award winning and certainly iconic Big Bang watch series, which paved the way for new flagship collections, including the Classic Fusion and the Spirit of Big Bang. The new couples watches have been released as part of this flagship collection and have already earned their respectful places amongst Hublot’s Big Bang successors. 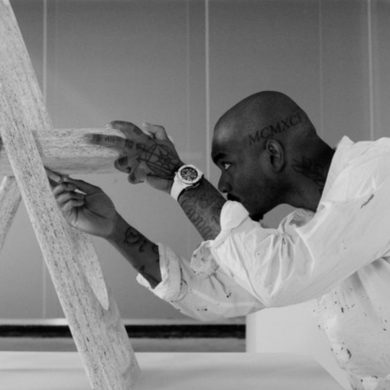