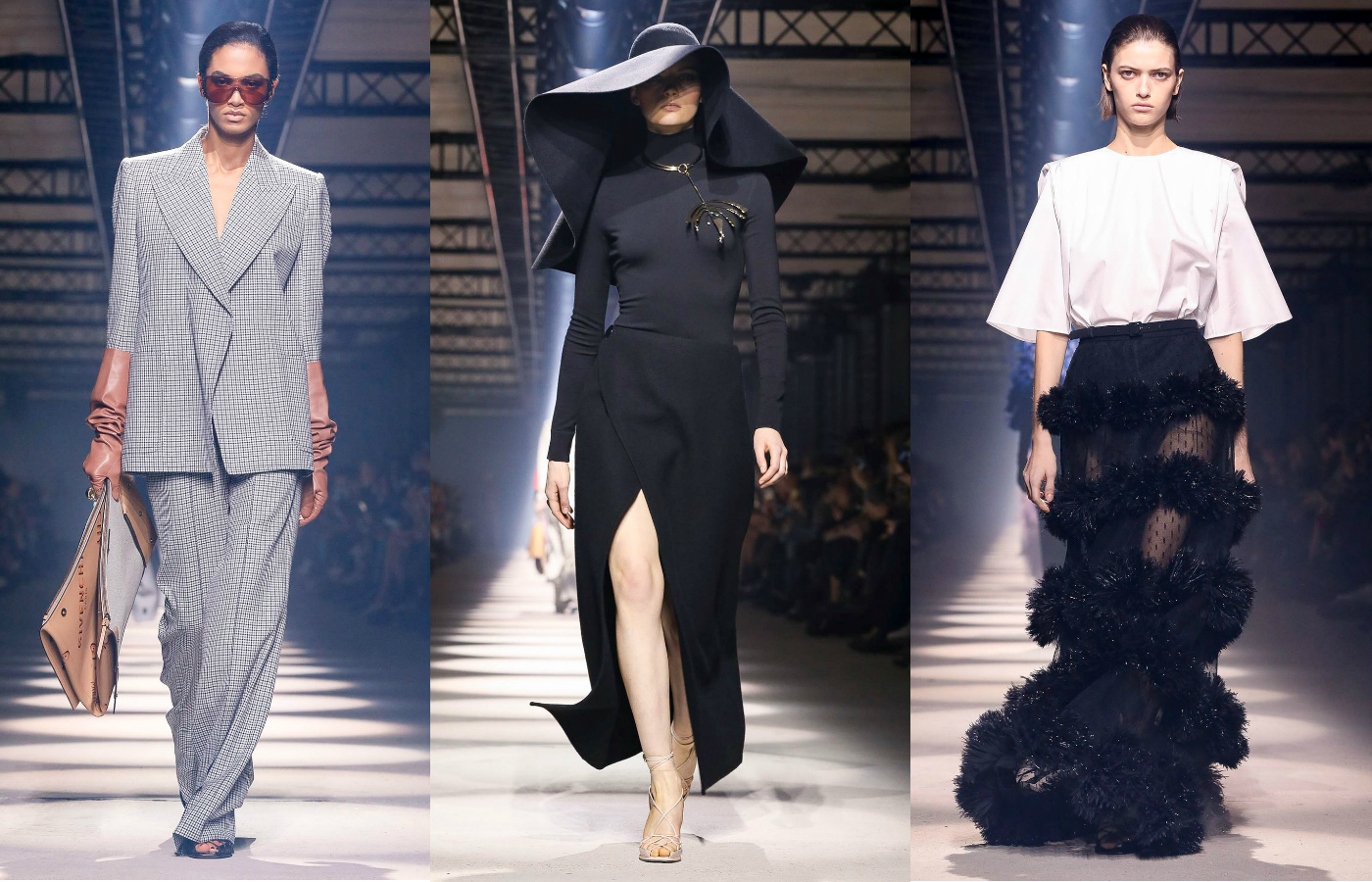 YESTERDAY evening, Clare Waight Keller took the auditorium for the Givenchy show by storm – almost literally. The rumbling music of the pre-show build-up shook the Hippodrome de Longchamp’s concrete corridors, inside which there was a deluge of red lights and anxious-looking guests.

Entitled “Arthouse Beauty”, Givenchy’s latest collection was inspired by the heroines of La Nouvelle Vague such as the sensational Anna Karina, Anouk Aimée and Brigitte Bardot. The French art film movement gave rise to a new type of woman who saw modernity as a vehicle for creation and liberation, and it is precisely this woman that is evoked by Waight Keller’s sartorial creations at Paris Fashion Week.

Opening the show was Fran Summers in an all-black two-piece, donning a face-obscuring fedora hat – an accessory popularised by the film noir. From the outset, it was clear that sharp, clean-cut silhouettes would take over the runway, and so sensuality spoke through the fabrics. The sophisticated A-line skirt made a bold return, its versatility made explicit – dressed-up with a dramatic cloak and pared-down with a polo neck jumper.

Then came along the boxy tailored suits, which offered a modern take on the 1960s female film-star attire – perhaps an attempt to continue the legacy of La Nouvelle Vague heroines, who used fashion as a means of challenging cultural norms. Paired with opera gloves, the tailored suit fused female and masculine uniform.

Feather-covered sheer robes carried a silver screen allure, while plissé-skirted dresses oozed a sense of romanticism. The predominantly black colour palette, however, distorted this sense of romanticism with its dark connotations – adding an element of mystique to the clothing line. In homage to the ever-glamorous French actress, Anouk Aimée, faux-fur coats also featured in the collection – using several surplus fabrics.

While most of the collection was infused with the label’s signature dark romanticism, there were a few exceptions – most notably the Breton striped-sweaters, which brought an element of spontaneity to the runway. Could this be an ode to the creative and thematic freedom of the Nouvelle Vague?

One thing is certain – Clare Waight Keller has succeeded in evoking the experimental style of La Nouvelle Vague, while simultaneously reimagining it through a contemporary lens. Is the runway slowly becoming a revolutionary story-teller? It certainly seems that way. 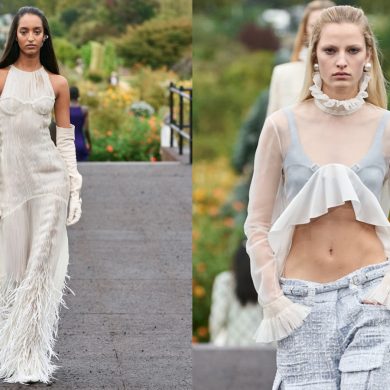