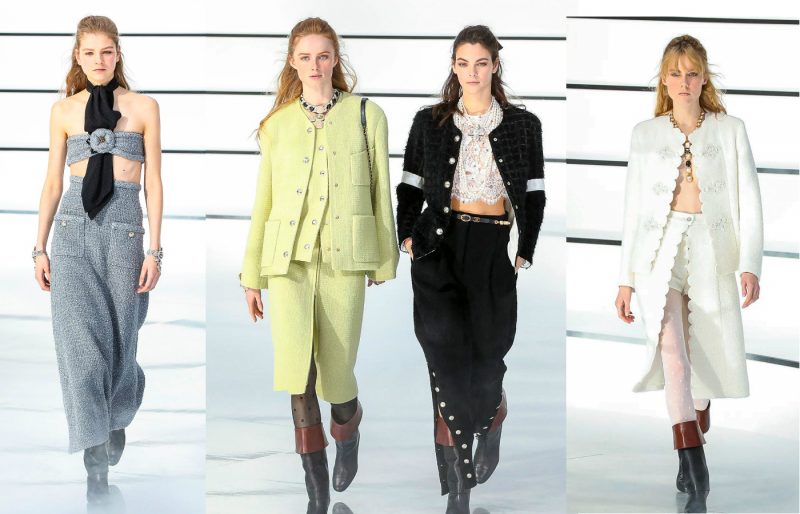 “ROMANTICISM but without any flourishes” perfectly encapsulated the ambiance of Chanel’s AW20 collection, held beneath the intricate dome of the Grand Palais in Paris. The runway show encouraged “energy”, “freedom” and “movement”, with the absence of a frame at Virginie Viard’s request, allowing models to freely roam the vast setting in duos and trios.

In reference to the three short films that romantically detail the collection’s aesthetic, the collection showcased models “who are as feminine as they are amazons”, with an equestrian theme infused throughout pieces composed of jockey silks and frilly white blouses.

The colour palette primarily comprised monochrome hues, with slight splashes of pale lime green and the emblematic pink of the House. Sleek outfits were punctured with an abundance of accessories, such as crucifix-adorned costume jewellery and strings of ivory pearls.

Black and white sheer tights embroidered with the Chanel emblem were central components to an ample array of looks. The camellia motif featured sporadically, particularly prominent in a silver-toned bouclé two-piece, with the precious emblem centrally placed upon the bandeau-style top to meticulously expose a micro-sized Chanel badge.

The show drew to a close with Gigi Hadid emerging as part of a trio, accompanied by Mona Tougaard and Hyunji Shin, adorned in bouclé hot-pants, cult Chanel tights and pirate-esque boots.

Illustrating her passion for Chanel, Viard adamantly perceives the collection solely as “a new ode”, with each piece individually echoing a serene beauty and exquisite nature. Extending from her heightened success at Couture Fashion Week in January, Viard continues to flourish at the creative helm of the luxury fashion house, inspired by French nonchalance and a “very simple, very pure momentum”. 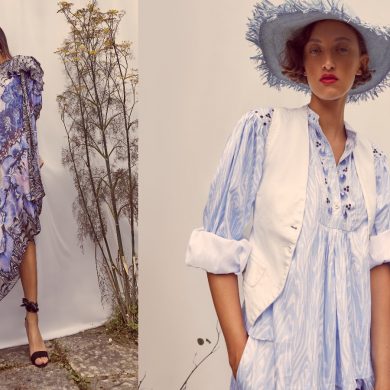