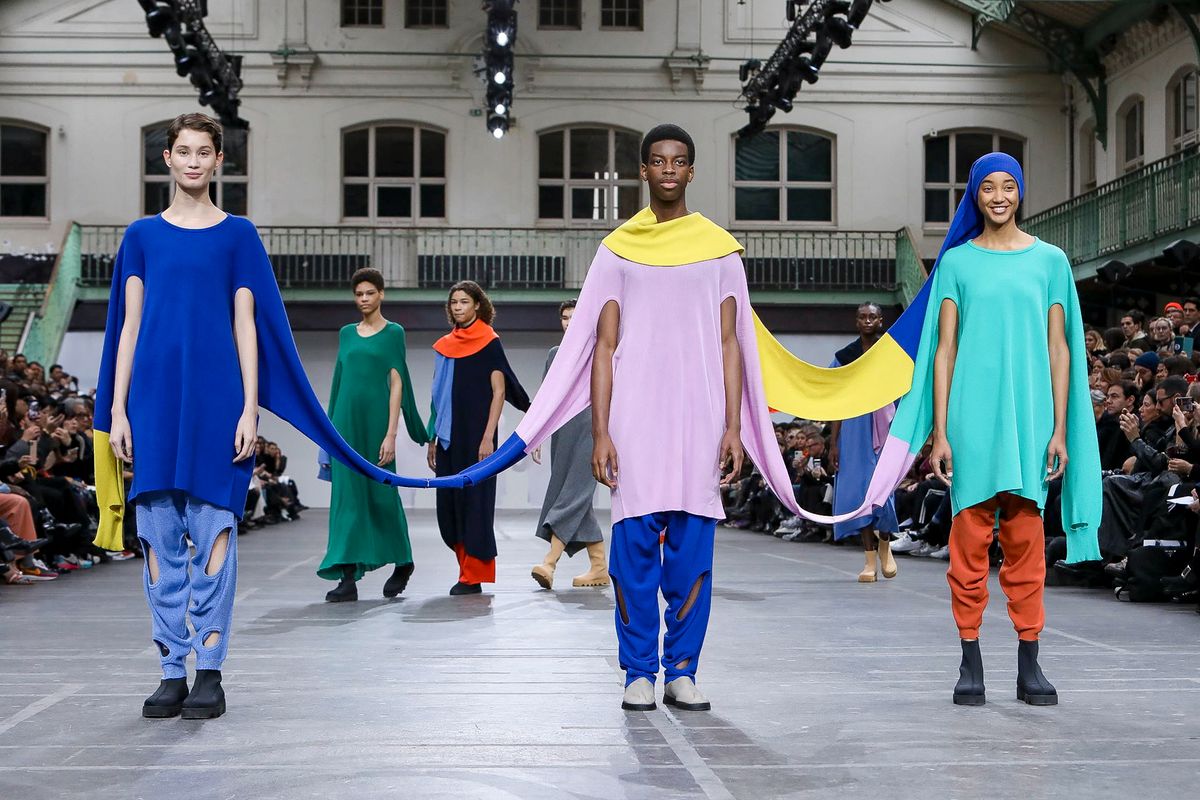 THE SENSE of joy that recently appointed design director, Satoshi Kondo, presented in his previous SS20 collection for Issey Miyake, was in tune with this season’s theatrical offerings. However, instead of witnessing the bouncing instagramable spectacle of last season, for AW20 Kondo’s vision was much more subtle.

The show opened with a performance by two illustrators, who in turn drew black outlines of two figures onto a white sheet. These outlines were then cut and torn, revealing a trio of models who strode through the now empty silhouettes. Each model was dressed in all white, the seams and hems of their garments marked with thick black lines.

The first series of monochromatic looks were made using a seamless method of knitting, developed by Miyake in 1998, using a specialised computer program called A-POC. Meaning “a piece of cloth”, Kondo continued to use this technique throughout his AW20 collection.

Moving away from just black and white, vibrant and varying prints went onto to dominate the collection. A turquoise and lilac graphic print appeared alongside a knitted, multi-coloured, patchwork-like print – designed to appear like kneaded clay. Others looks included abstract enlarged prints on parachute shirt dresses; and smudged inky prints on gathered tunics.

Kondo further incorporated fabric manipulation – a signature of the Issey Miyake house – into the collection, combining wool, paper and intricate origami-like textures, which appeared on fine silk hooded jumpsuits. The finale further spoke of Miyake’s A-POC, with models wearing conjoined knitwear looks. Emerging in groups of up to five, their garments connected by “a piece of cloth”.

Kondo’s collection for AW20, aimed to channel hope and positive energy for the future – an alternative pathway that few designers are following during the current state of global uncertainty. As a whole, the collection instilled a lively and joyful twist to the Paris fashion week schedule this season. 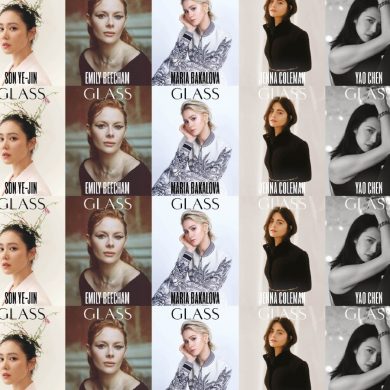 Welcome to the Spring 2021 issue of Glass – Breakthrough