Autobiography, self-portrait, story. Associating places, images, words. Freely, with fresh eyes. For this fall-winter 2020-2021 ready-to-wear collection, Maria Grazia Chiuri maps out an atlas of emotions through the prism of her teenage diary. Two photos of her mother transport her back to this time in her life, a laboratory brimming with possibilities of what the future may hold.

Images reappear, including photos of actresses who served as inspiration for clients of her mother’s couture atelier, as well as for the Creative Director herself, who used fashion as a way of asserting herself, of rebelling, and communicating to others how she wanted to be perceived. Next came other photos from the past that she revisits with her vision today: Germana Marucelli’s studio in Milan, designed by artist Paolo Scheggi; that of Mila Schön by Ugo Mulas and, lastly, portraits of Carla Accardi.

This arborescent diagram inspired Maria Grazia Chiuri’s very own The Little Dictionary of Fashion (2), with jeans, as well as the checks that Monsieur Dior was so fond of. “I love checks. They can be fancy and simple; elegant and easy; young and always right” Checks resurface on an ensemble designed by Marc Bohan: it’s this outfit, with the motif placed on the bias, that inspired the structure of the collection’s skirts. There’s also the pea coat and pleated skirts. Little collars with ties. Black and white. All this is at the heart of a perfectly balanced collection. A polka dot scarf found in the Dior archives serves as the starting point for a series of dresses in various lengths that explore the print’s infinite possibilities. As Christian Dior writes in his The Little Dictionary of Fashion: “I would say the same about dots as about checks. They are lovely, elegant, easy and always in fashion(3)” Not to mention fringes, which provide mobile ornamentation on long skirts. Knitwear spans all the wardrobe essentials: sweaters, jackets, skirts, and pants.

The show venue was designed in collaboration with the Claire Fontaine collective, which has exhibited at the National Gallery of Modern and Contemporary Art in Rome. The museum is also home to the archives of Carla Lonzi, a charismatic figure who was an art critic before committing to the feminist cause. “Io dico io” (4), the title of an upcoming exhibition dedicated to Italian women artists, supported by Dior, becomes the starting point for a series of manifesto-like phrases. Evoking these words in English – “I say I” – right at the show’s entrance brings to life a story of powerful self-assertion. They are the symbol of a joyful singularity, as well as a creative and collective way of approaching the multiple aspects of feminine subjectivity — and the infinite project that femininity represents.

The collaboration between Claire Fontaine and Maria Grazia Chiuri was born of a shared passion for the history of feminism and the necessity of highlighting key moments of women’s emancipation. Claire Fontaine is a collective feminist artist who, through her works, often places illuminated signs in public spaces and exhibition venues, to underscore the contradictions in our society. Her project for Dior revolves around the performative use of language typical of non-reformist feminism. The models walk on a new version of her work Newsfloor, consisting of pages from the French daily Le Monde glued on the floor.

This work entitled Le Monde Pixelisé was inspired by a photo of Henri Matisse, taken by Robert Capa in 1949. The artist is captured drawing in a bourgeois living room that he used as a studio. The floor is covered in newspapers, their pages evoking tiles or parquet floorboards. Matisse’s work, placed in a dialogue with the newspapers, transforms into something outside of timelessness that converses with the present.

The laconic illuminated phrases suspended from the ceiling suggest how reality could (or should) be perceived were we not conditioned by the masculine point of view. Some of these works, inspired by feminist slogans, are meant to dialogue with the beauty of the bodies in movement on the catwalk.
They are suspended above the audience in order not to interfere with people’s movement in the show venue. They act as subtitles, materializing emotions and subjects that fashion treats as parenthetical, in order to allow people to dream unfettered.

“I Say I” — translated from the Italian “Io dico io” — reprises the title of the aphoristic and poetic introduction to the manifesto La presenza dell’uomo nel femminismo by the Italian feminist Carla Lonzi in 1971 with her sister Marta Lonzi and Anna Jaquinta. In that work, Lonzi gives an account of the powerful self-affirmation that feminism has brought to women. This phrase, extracted from its context, is a joyous declaration of singularity and a creative way of approaching the multiple facets of women’s subjectivity.

“Women Raise the Upraising” comes from the title of an article by the Claire Fontaine collective. She theorizes that reproduction and motherhood are revolutionary activities that entail the same skills necessary for the betterment of society.

“Women are the Moon that Moves the Tides” is the translation of an iconic Italian slogan associating feminine powers with the secret powers of the moon that influences all things, even ruling the tides.

“Patriarchy = CO2” and “Patriarchy = Climate Emergency” illustrates the power struggle tied to a mode of production that does not make the preservation of life on Earth a first priority.

“We are All Clitoridean Women” is a mischievous statement that Claire Fontaine used for a series of paintings, as well as a title for one of her writings on Carla Lonzi’s legacy. The Italian feminist revisited the concept of the clitoridean orgasm — which Freud considered immature in relation to the vaginal one. For Lonzi, the clitoridean woman was, on the contrary, a being whose pleasure is not necessarily connected to reproduction. Rather, her life is a positive self-affirmation in itself, that severs ties of emotional dependency on a male partner, opening up to a more equal form of love. The clitoridean woman is above all a being for whom desire surpasses gender: it’s the assertive being who knows its pleasure and looks for relationships that can provide it.

“Consent”, which features several times in traffic-light colors, flashes and acts as both an imperative and a question. When not compelled to consent to something or someone, women might feel ambivalent, sexually as well as professionally, in a world that doesn’t always offer them what they need. Like the flashing, consent can be there one moment, quickly fade and then come back again.

“Feminine Beauty is a Ready–Made” is an expression that leaves female beauty open to free interpretation. Ready- made defines an object transformed into a work of art thanks to the artist’s sensitivity to its hidden power.

“When Women Strike, the World Stops” highlights the often unrecognized but essential role of women in society.

“Women’s Love is Unpaid Labour” paraphrases Silvia Federici’s seminal text Wages Against Housework from 1975. When “the work of love” done by women becomes untenable and they go on strike, the people who are most affected are those they care for and those who love them, and this needs to change.

1 In Italian: “Cominciamo da un punto qualunque…”
2 In reference to the dictionary published by the founding couturier in 1954.
3 Excerpt from The Little Dictionary of Fashion by Christian Dior.
4 “Io dico io” (“I Say I” in English) is the title of an exhibition which will be held at Rome’s National Gallery of Modern and Contemporary Art from 23 March to 21 June 2020. Realised in collaboration with the House of Dior, it is loosely based on the feminist manifesto of Carla Lonzi, which inspired this collection and the pieces designed for the show. 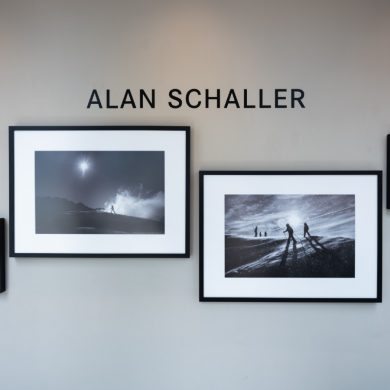