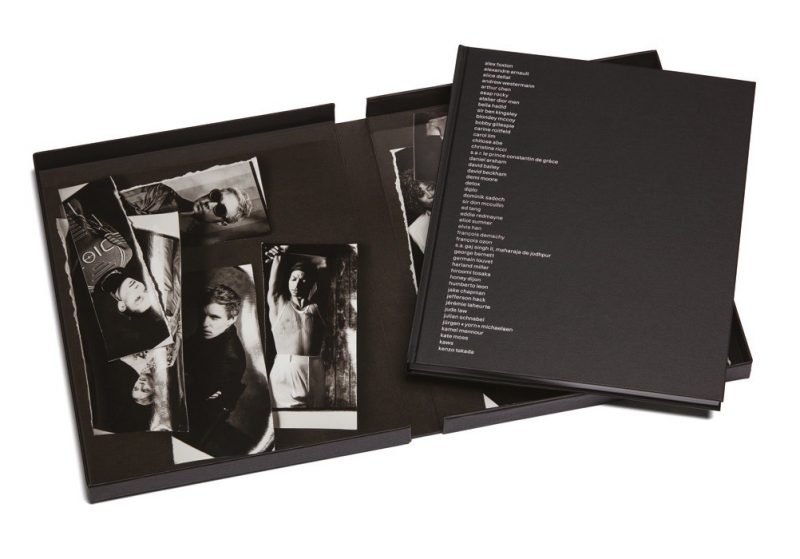 By Emma Hart
In BooksFashion

The Glass guide to fashion books to read during self-isolation

AT TIMES like these, what better way to unwind and escape for a moment than between the pages of a good fashion book. From Galliano to Ralph Lauren Glass has got it covered, so put the kettle on and get comfortable as we round up the best fashion books from its archive in issues gone by – the antidote to boredom stuck social-distancing and self-isolation.

The Dior Sessions: Portraits by Nikolai Von Bismarck and Tailored by Kim Jones

London-born (Hammersmith to be exact) Kim Jones celebrates his first year as artistic director for Dior’s men’s ready to wear and accessories collections with this beautiful, diverse collection of luminaries shot in his creations. Artists, musicians, models, actors and industry insiders grace the pages of this monochrome collection of portraits, documenting who’s who in the new era of Dior’s – with a fair share of women too. Noomi Rapace, Kawsand Ambush/Dior’s jewellery designer Yoonfeature alongside the more usual suspects (Kate, Naomi) with a few lovely surprises like Kenzo Takadaand Lee Scratch Perry. Throughout the book, Jones’s vision for Dior shines – his use of clever details, rooted in both tailoring and streetwear, elevating the masculine silhouettes and ushering in an ultra-modern sophistication that is at once both contemporary yet rarefied. Charting his anniversary makes one thing clear – this is only the beginning in the exciting evolution of Dior.

Following on from the successful Diorretrospective at the Victoria and Albert Museumin London comes this impressive book of unpublished photographs of John Galliano’s decade at Dior (1998 – 2008) by US Vogue backstage photographer Robert Fairer. Starting with Galliano’s second haute couture show for Dior at the Parc de Bagatelle (one of Paris’s four botanic gardens in the 16th district), a grand af- fair with Galliano referencing Mata Hari, the Belle Époque and Klimt, his shows and creations unfold in chronological order. Sprinkled with quotes from Galliano (“I think reality is so overrated”), Fairer’s images accurately capture the heady backstage drama, superlative mannequins of the era and most of all Galliano’s creations in finest detail. Essential for fans of the house of Dior’s arguably most exuberant period.

Alexander McQueen. Hussein Chalayan. John Galliano. Phoebe Philo. Riccardo Tisci. All alumni of arguably the most famous school of fashion in the world. And the list does go on. Full of early sketches, first collections (check out the stills of Lee A McQueen’s MA show “Jack the Ripper Stalks his Victims” and the reason why the late Professor Louise Wilson accepted Kim Jones’ application interview) and shoots from its luminaries – this entertaining, informative scrapbook of the history and talents of Central Saint Martins(CSM) is a snapshot of fashion history in the making. It is edited by the faculty, and the royalties from this book will contribute to the CSM fashion fund for students.

For the last decade or so, Tim Walker’s photographs have pushed the boundaries of these imaginary childlike or darker realms, creating some of the most interesting images in fashion. “What I now know is that the camera is a state of mind. If you are feeling chaotic, the picture will be chaos … the photograph is a manifestation of one’s psyche.”

This realisation crucially de nes his latest and most developed body of work to be exhibited yet – “Tim Walker: Wonderful Things” which opened last year at the Victoria and Albert(V&A) Museum in London (where his work is also held in permanent collections). “[This] lightness of approach … illuminated my pathway into a … darkness I’d … been too scared to visit,” Walker explains. “[The] lightness taught me to turn negatives into positives.” This fascinating insight into his thoughts and creative evolution is visually charted both in the exhibition and the book Shoot for the Moon that accompanied it.

The book sublimely showcases the breadth of Walker’s work and includes our own favourites – models Xiao Wen Ju, Harleth Kuusik, Yumi Lambertand Nastya Sten(all Glass girls) in an ethereal yet apocalyptic dream scene wearing Alexander McQueen(2014), and Jennifer Lawrencewith a feathered friend lounging around a Georgian mansion in Essex in one of his gorgeously surreal mise en scènes (2012).

“My true point of view in fashion is to go against the clichés of beauty and sexy” Miuccia Prada. Prada as a fashion house is a relatively new part of this luxury brand’s heritage, having been founded in 1913 as a leather goods company. It was Miuccia Prada, grand-daughter of the original founder, who launched the brand into the fashion sphere – initially in accessories and then clothing with its first collection in 1988. Renowned for a sophisticated yet unique take on high fashion, this tome celebrates the designs of Miuccia Prada since the first runway show.

Notable moments include the SS90 collection full of pieces brimming with minimal, unconventional femininity (crushed silks, layered chiffons, muted tones), the powerful lace extravaganza of AW08/09 and AW13/14’s film noir heroines – complete with projections of ominous birds and shadows of sultry sirens lending an air of nostalgic menace to a standout collection: a fusion of tweeds, silks and knits most memorably styled off-shoulder with under-cardigans and buckled platforms – creating an aura of idiosyncratic mystery that defined the pulse of fashion for that season.

Even if you didn’t realise it, you’re probably familiar with the distinct yet versatile style of Fabien Baron, one of the most famous art directors today. From his transformation of Vogue Italia with Franca Sozzani (and later Interview magazine and Harper’s Bazaar) to the iconic L’Eau d’Issey perfume bottle and numerous Calvin Klein (remember CK One?) to the more recent cavalcade of slick fashion films for everyone from Armani to Zara – his gift of pairing modernist minimalism with a twist has captivated consumers and readers for nearly three decades.

This retrospective delves into his work, often breath-taking in its deceptive simplicity – deceptive because it takes such an instinctive knowledge of visual space to make such precise work. Take for example, the headshot spread of Linda Evangelista introducing the ’93 Paris couture season, shot by Peter Lindbergh, for Harper’s Bazaar – a sublime use of typography and space in monochrome. It is no surprise then that the famed creative’s motto is to “minimize maximally”.

Ralph Lauren: In His Own Fashion
by Alan Flusser
Abrams, £40/352pp

Ralph Lauren: In His Own Fashion cover, by Alan Flusser

Ralph Laurenis a name ubiquitous in fashion now – across men’s and womenswear, encompassing everything from the humble polo shirt to red carpet garments. This illustrated biography of the man himself, written by respected menswear author Alan Flusser(his book Dressing the Man is a classic of men’s sartorial style), traces Lauren’s life of modest beginning to his pre-eminence today.

What we like about the book is its dense visual archive of everything Ralph Lauren – from his breakthrough men’s collections that melded his experience at Brooks Brothers with classic English public school/Ivy League staples into updated clas- sics like the Polo coat to the now famous campaigns with Bruce Weber(we love Glass Man Tyson Beckford’s debut campaign), and even his five homes including the Lauren family refuge in Montauk which bear the signature Ralph Lauren interior style.

Informatively written by Flusser, its chapters don’t necessarily flow chronologically; instead each one depicts a significant moment in the development of both the man and his brand.

The house of Diorshowcases its rich legacy of contemporary images with fashion photography legend Peter Lindberghin this stunning two-volume tome. Lindbergh, who sadly passed away in September last year, used Times Square as the backdrop to his last project for Dior – a celebration of 70 years of stunning gowns captured on the most elegant models in the world (including Glass model Alek Wek) in among the hectic pace of New York City’s beating heart. Our favourite image is one with Wek, in an iconic Bar dress from the 1947 Corolle couture line, in Lindbergh’s signature style.

Accompanying this is a book of Lindbergh images of Dior garments shot for Vogue, Harper’s Bazaar and other publications. This collection of images include some of the most identifiable in the fashion firmament. We loved three images in particular – Daphne Groeneveldas a fallen angel (AW11, in Galliano Dior), Charlotte Rampling deep in thought in Paris (SS04, in Galliano-era Dior) and a stage-lit Milla Jovovichin AW2012 Raf SimonsDior – all Glass ladies, and all breathtaking. A poignant landmark publication and a fitting farewell to a giant of the industry that we have lost. 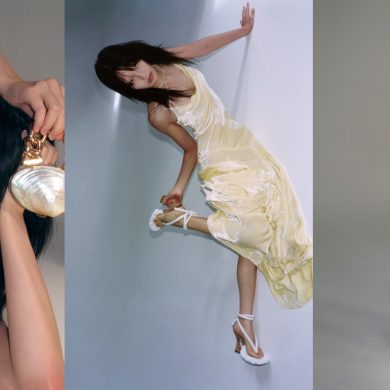