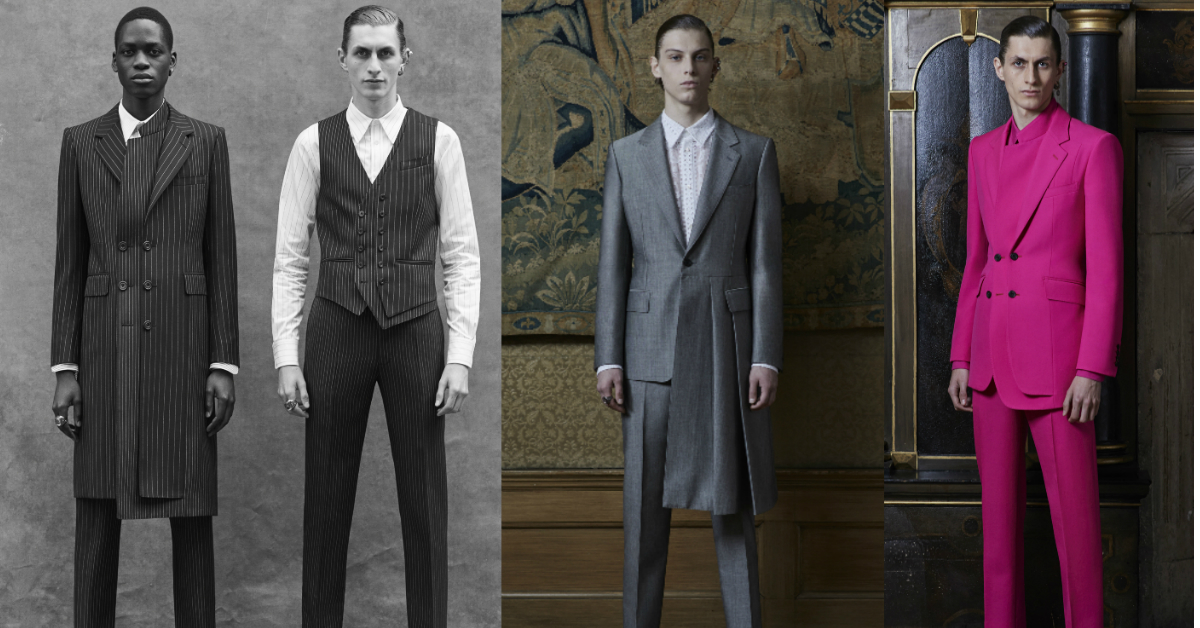 By Augustine Hammond
In DesignFashionMain Features

“TAILORING is reconstructed, cut up and pieced together,” McQueen announces, following the release of their latest menswear garments for SS20.  With reference to their AW19 womenswear offerings, asymmetric trompe l’oeil suiting was adapted and reimagined in pinstripe. Jackets and waistcoats appeared double-layered at the lapels, in varying scales of pinstripe, wool and mohair  – an ode to early 90s McQueen. In addition to this, blazers were half-skirted in pleats from the waist downwards.

Suits printed with abstract and enlarged floral motifs in bright fuschia and red, featured throughout the collection alongside tailoring with opulent chandelier embellissement. Taking conventional suiting to new heights in the way that Sarah Burton does best.

Recently launched on the brands website are two tailored looks from the collection – one comprised of sharkskin grey mohair and the other a shade of electric pink. Each featuring different examples of the intricate and advanced construction, that has become characteristic of the collection and fundamentally the house of Alexander McQueen.

These looks are now available to buy at the McQueen site.

Read a full review of the collection here… 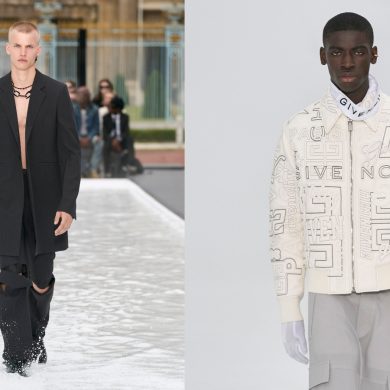