By Imogen Clark
In ArtDesignNews

KEEPING in trend with utilising digital platforms during these times of global self-isolation, the Sarabande Foundation is hosting a collection of talks online for their audience to enjoy. The broadcasted talks will come from its Practical Series focused on making and marketing films, as well as sharing a brief insight on digital strategy on their website.

Experts in the industry who deal with advising creatives on practicalities and issues regarding their business’ will be hosting these talks. The discussions will sit alongside part of their Inspiration Series that feature artists such as Grayson Perry and Jake Chapman, and Tim Walker in conversation with Molly Goddard.

Sarabande was established in 2007 by Alexander McQueen, naming this foundation after his spring collection. The charity’s aim is to fund studio space and offer scholarships to young creatives, already having changed the lives of 85 artists and designers. Sarabande is the only organisation whose talks directly focus on supporting the younger creatives with advice and guidance from those already established in their respective fields. Through sharing their obstacles and journeys of their career, those watching can be simultaneously inspired and advised on how to progress.

One talk will be broadcasted daily at 17:00 (GMT)  until April 10 at Sarabande Foundation

Script to screen: How to get your films made 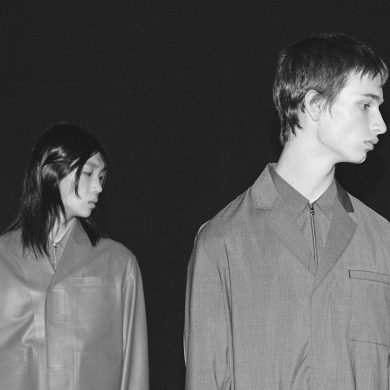