THIS week’s episode of Dior Talks features Vicki Noble who speaks about the universe that she has created over the year ultimately leading to the inspiration behind the 2018 Dior Cruise Collection. The guest for the seventh episode is a well-known American feminist, author and spiritual teacher who has dedicated her life to encouraging women to reconnect to their intuition.

Her career began in the early seventies where at the young age of 23 she decided to dedicate her life to female liberation. Through means of research that included meditation, dreams and yoga, it led her to advocate for women to get back in touch with their instincts. That era saw her collaborate with Karen Vogel in their creation of Motherpeace Tarot cards – a deck that deeply inspired Maria Grazia Chiuri.

The Creative Director of Dior reinterpreted these cards, taking the designs as a source of inspiration that was embedded in the show that was set in the Upper Las Virgenes Canoyn Open Space Preserve close to the Californian capital. The symbolism reveals deeper messages and paints a true testimony to Noble’s wisdom that she has accumulated over the years leading to a profound vision of women.

Next
Loewe join the fashion industry fight against Coronavirus 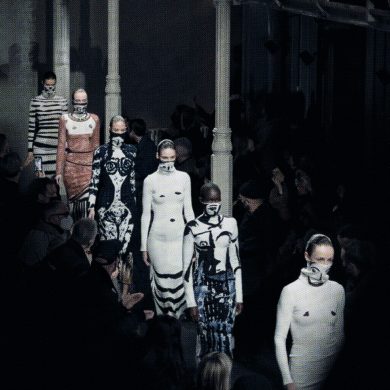