Louis Vuitton releases film ahead of its menswear SS21 collection

IN TRUE Virgil Abloh spirit, the Artistic Director of menswear at Louis Vuitton is not settling for just a single show to present the spring summer 2021 collection. Titled Message in a Bottle, the collection will be gradually released from now until the end of this year on an international scale taking the collection from Paris to Shanghai and Tokyo.

This decision to unveil the collection like this is based off the values that the designer prides himself off, being diversity, inclusivity and unity, allowing admirers and clients of the brand to experience the Louis Vuitton magic firsthand.

However, the multi-dimensional nature of this collection doesn’t stop here. Embracing the global community by taking this collection abroad, he will add destinations as he goes by to meet his clients at their home creating an exchange of cultures by creating a direct conversation between the French fashion house and the consumers.

The first instalment of the SS21 Louis Vuitton collection is a short film at the Louis Vuitton Maison de Famille in Asnières – the ancestral Paris home of the founder.

The film sees movers moving containers into a barge that sails down the River Seine and leaves Paris leaving a rainbow trail behind- the beginning of the collection’s journey across the world. The crew of the boat is made up of animated characters with the LV logo integrated in their design.

The boat will arrive on 6 August 2020 in Shanghai for the Louis Vuitton SS21 menswear runway show transgressing from animation into real life. Virgil Abloh’s common thread sketched into each of his collection’s at the brand is boyhood – hence, the animated characters playing an integral role in this voyage. The third and final segment of this exciting journey will see an event in Tokyo at the later end of the year.

The SS21 collection is based off four main principles centred around up-cycling where the clothes are made of recycled materials, looks straight from the previous FW20 collection, looks made during lockdown from recycled materials lying around and finally, new looks based from ideas already present in the Louis Vuitton sphere.

The four pillars that create this collection come together to create an idea of evolution that push the brand to the forefront of menswear innovation with sustainability at its core. 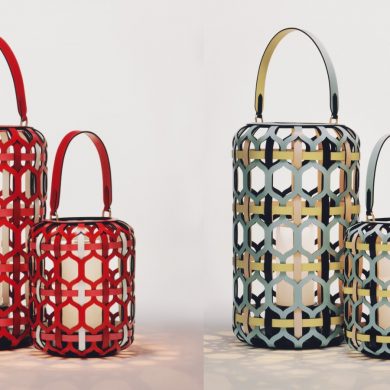