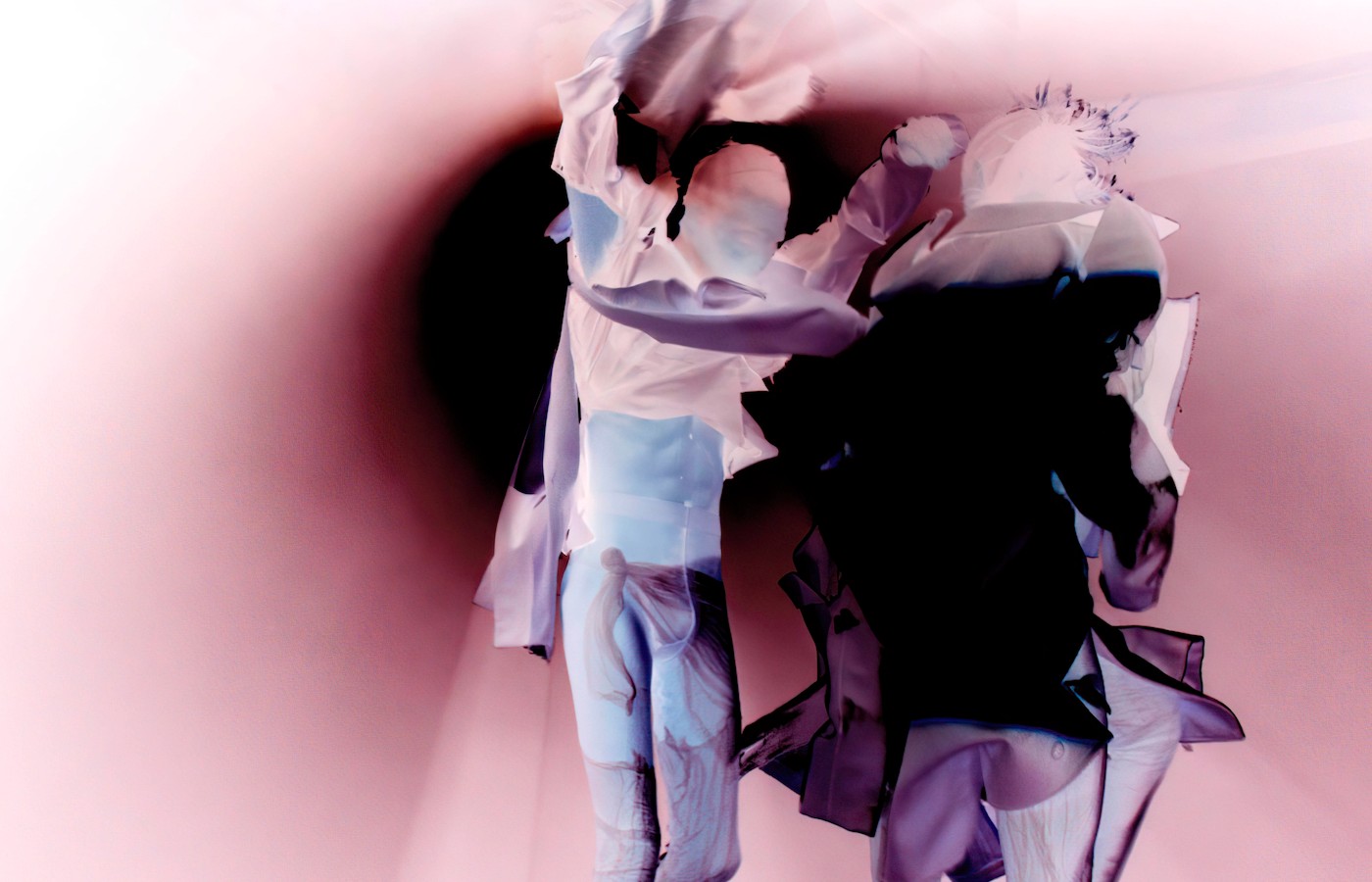 BREAKING away from the strict, time efficient schedule of couture that consisted of a regimented array of digital videos all blurring into one after a three day laptop spectacular, fashion genius John Galliano took a few steps back.

Known for breaking every rule in the fashion book, Galliano presented the new Maison Margiela Artisanal collection through a film lensed by the equally lauded Nick Knight for not the classic ten minutes, but in true avant-garde style, a 50-minute short film.

The Creative Director used this time of uncertainty to bring transparency to his genderless couture for the French fashion house. Titled S.W.A.L.K. – an acronym for Sealed With A Loving Kiss – the film opens up the process of creating collections, with Galliano himself speaking openly about inspirations and his vision for the collection – even speaking about to Knight about how he wants the images and videos to look like.

The collection breaks apart the stereotypical menswear wardrobe with precise tailoring and transforms the classics into a romantic collection. The element of water is infused into the presentation as the models’ clothes are stuck on their bodies making them look like classical Greek marble statues.

The film mixes narrative imagery with documentary like scenes depicting the reopening of the Maison. The atelier were given GoPro cameras that were attached to their bodies as drones were floating above them during fittings and thermal cameras were planted across the work studios to record the heat process of work.

By giving a glimpse into the work process mixed with an artistic dialogue in the last quarter of the film that dances between the lines of the thriller genre and true Nick Knight fashion magic, John Galliano has taken full advantage of giving us something beyond a look book and even a fashion show.

The Maison Margiela Artisanal AW20 collection is created using up-cycled materials, from tweeds, outdoor wools and linens for the tailoring, merged among voilage dresses made out of light materials such as butter muslin, chiffon and tulle – enhancing the wet look created in the SWALK. Picking recycled items of clothing from vintage fashion stores, there is a sense of anonymity created as the cloth has already seen a life and is being reworked into haute couture.

SWALK ends with an intense, romantic dance where the circular cuttings present in the collection along with the draping and layered textures creates angel like silhouettes as the lighting by Knight distorts their figures. The muted colours of the collection go to both ends of the spectrum as light pastels in dresses are seen alongside blacks, navy and greys further emphasising the gender fluid nature of the artisanal collections by Galliano at Margiela.

The entire collection draws inspiration from the 1980s in London with the New Romantic sub-culture movement, and being a Londoner himself, Galliano has taken us back to his roots with this collection. Understanding that fashion is purely fantasy, Galliano has not just given us an escape with the film, he understands that in a time like this, fashion can be a good distraction.