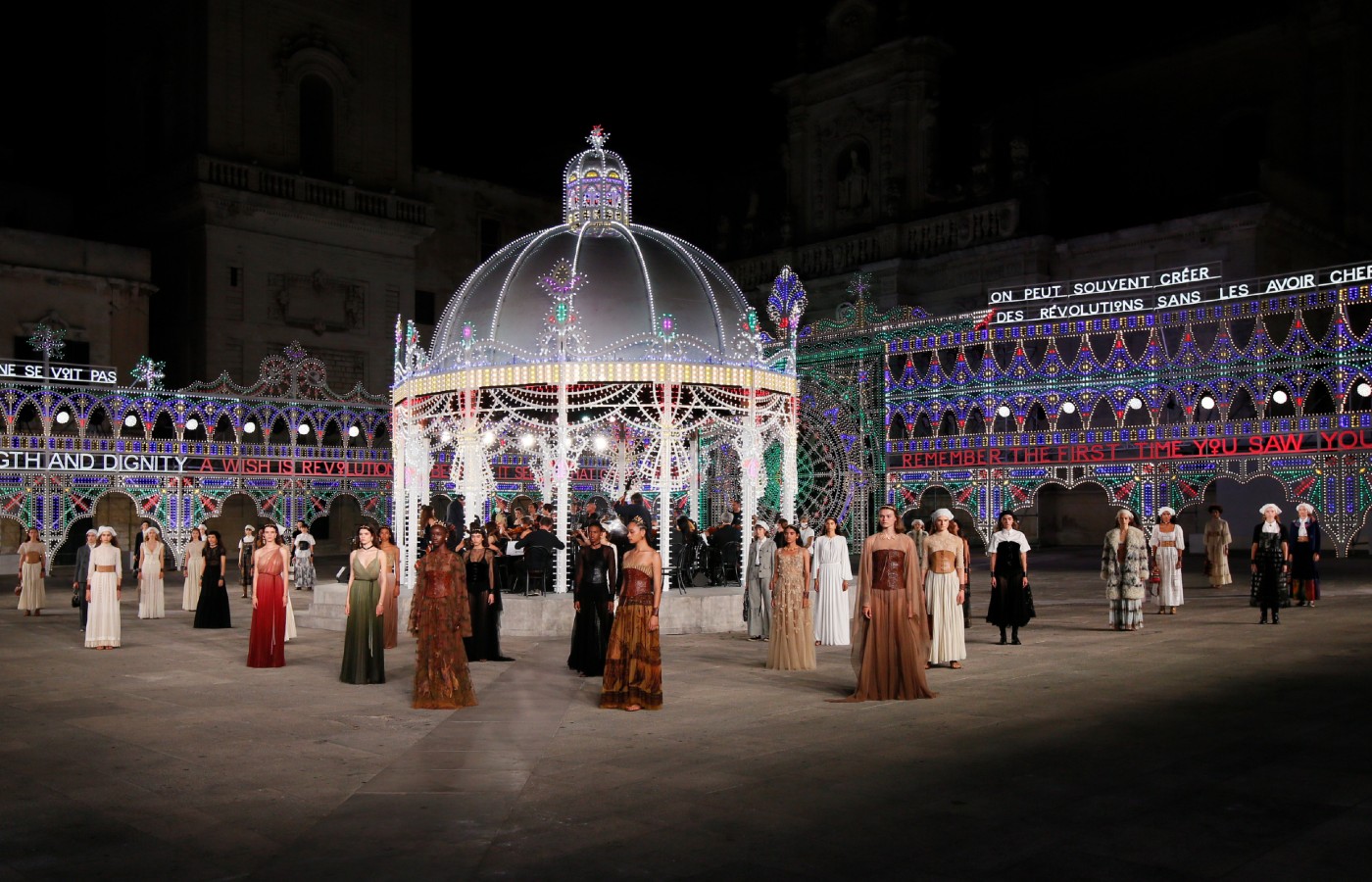 TRANSPORTING us to the Piazza del Duomo in Lecce, a town in Puglia in southern Italy, Dior presented their 2021 Cruise collection. Showcasing the craftsmanship of the fashion house while celebrating Puglia’s arts, Creative Director Maria Grazia Chiuri put on the show of the summer on the streets of her homeland.

These relationships are perhaps one of the most special aspects of Dior, their constant dialogue and collaboration between themselves and lesser-known artists and artisans ensuring the culture is immersed and rightfully hailed in each collection.

In today’s context, hosting the show here after months of disaster, set the tone to what I can only describe as a deeply moving show. The Notte Della Taranta Foundation, founded on the notion of promoting local Italian culture in 1998, they were the first of many Italian companies to play a part in the 2021 Cruise show.

Choreographed by Sharon Eyal, a dance performance of men and women set the scene of the show, continuing as the models walked down the runway, even weaving between them at times.

The liberating dance was steeped in traditional moves painting symbols of Puglian rituals whilst looking effortlessly contemporary to the audience set to the beat of the 18 Roman musicans from the Orchestra Roma Sinfonietta and twenty-one local musicians from the Notte della Taranta Foundation’s Orchestra Popolare.

The thirty-nine Italian musicians played a composition by Paolo Buonvino, a piece commissioned exclusively for the show incorporating traditional melodies but reinterpreting them to fuse both the old with the new. Lecce native Giuliano Sangiorgi, a singer, songwriter and composer made a special appearance during the show, adding to Dior’s tribute of Italy with this strong Apulian melodies.

The traditional architecture on the streets were lit up with colourful compositions and seven phrases illuminating not only its surroundings but the importance of local communities and female empowerment – a strong reoccurring theme in Maria Grazia Chiuri’s collections. Created by Italian artist Marinella Senatore and Fratelli Parisi, the partnership shone a light on this provincial town to transport the show’s viewers and guests to Dior’s world built on hope, feminism and equality.

Sentences such as, “A wish is revolutionary because it seeks what cannot be seen” and “We rise by lifting others” became more than just set pieces for the show, but a reminder to us all of the injustices we are all fighting to change alongside the power in kindness. Though not trying to be political, these soft reminders amidst the fantasy and distraction of fashion made this show all the more powerful.

Maria Grazia Chiuri’s woman she is dressing for Dior is a woman for change, one that is aware she is not alone and who knows what the right thing to do is, and that is to help others.

The Cruise 2021 collection focused on the skills of the artisanals in the area – the locals were placed on a pedestal of luxury fashion, a move you can only admire. Tombolo lace, created in the fifteenth century in Italy, was used admiringly in the collection. This unique handmade material was embroidered into flowers and butterflies stitched onto dresses creating a field of flowers as skirts moved down the runway.

Marilena Sparasci, one of the last to specialise in this mastery took 15 hours of work for each design in the collection that used this lace steeped in history. Satins, cotton crepe, linen and satin, to name a few of the materials that made up  the collection, were created by family run business Tessitura Calabrese who combine both modern technology with enriched raw materials bringing the past into the future.

The traditional saying goes, ‘one man’s trash is another man’s treasure’ was certainly evident as traditional folk wear stood strong against the classic Dior feminine couture dresses and suits – however, both as elegant as the other.

Flat shoes were adorned by all the models, interchanging between leather ankle boots, ballerina-esque shoes and summer open-toed sandals all leading us to the message that this season is about comfort.

For the Cruise 2021 collection, Pietro Ruffo, on-going collaborator of Dior, and personally adored by Maria Grazia Chiuri was commissioned again to make art to be included in the clothes. Known for his talent in watercolour, drawing and sculpture, he drew over 250 illustrations during isolation for the show all tied to themes related to Puglia.

In constant contact with the Creative Director, the pair were both inspired by the book De Florum Cultura by Giovanni Battista Ferrari for research on traditional flowers in the area. Constellations also play a part in this narrative, so star signs were drawn into flowers intertwined with the moon. Below, in an exclusive video for Glass, Ruffo explains to Dior about his work process for the Cruise 2021 collection.

Tuning into the livestream, a global audience watching from the comfort of their homes were given a glimpse into Italy’s excellent craftsmanship and how at a time of reset, maybe we all need to go back to our roots. 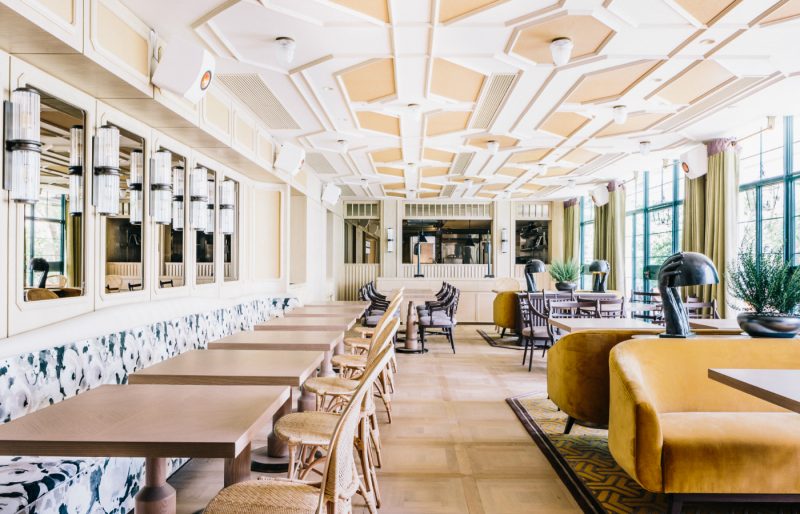