Dior’s iconic Bar jacket has been reinvented in knit

MONSIEUR Dior’s debut show in February 1947 revolutionised fashion as we know it today. He presented what is known as the New Look as it changed the way women were to dress, from restricted silhouettes to tight jackets that accentuated small waists with padded hips and A-line skirts.

The Bar Jacket has stood the test of time never failing to stay relevant since its first appearance in Dior’s first haute couture show. Revisited by Creative Director Maria Grazia Chiuri, the jacket was seen on the opening look of the AW20 collection, however reinvented in knit. This was no small task for Dior’s atelier as it proved difficult to keep the same sturdy yet feminine look – they only constructed four prototypes.

Today, the Bar Jacket in knit still represents liberation and femininity however now with an element of comfort and casual style still able to represent what it means to be a modern woman all those years on. 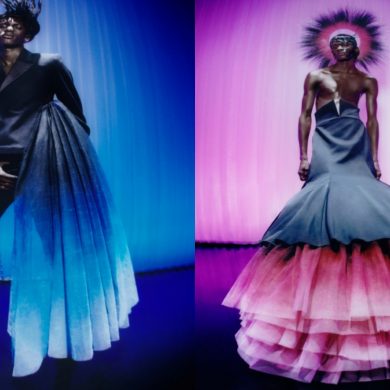