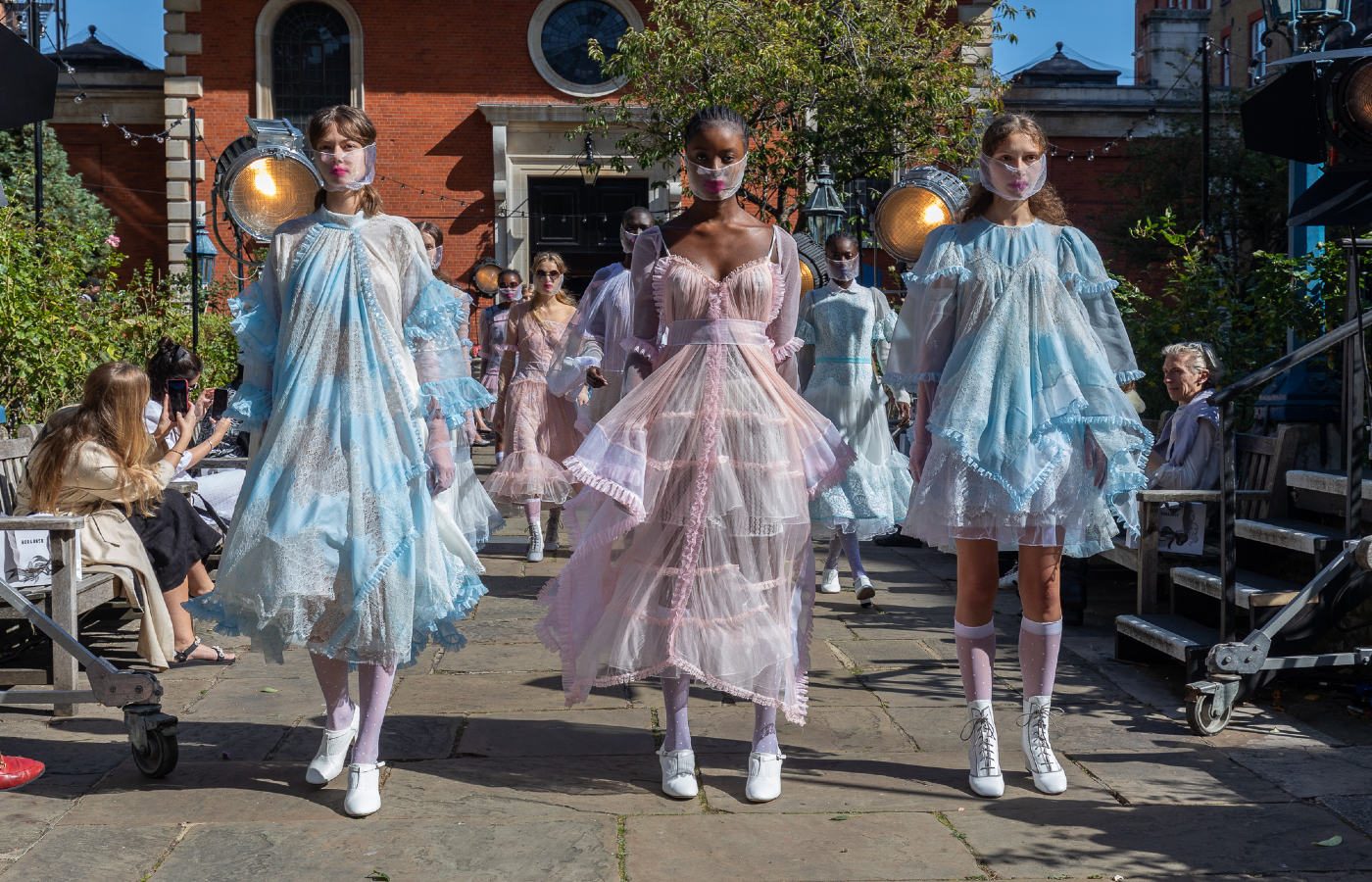 IN recent months, as the Covid-19 pandemic swept the world, the importance of our nurses has been placed in full view. For their London Fashion Week SS21 collection, Bora Aksu took us back to 1918, towards the end of WWI, as a lethal influenza pandemic that would infect over half the world’s population, tore apart the globe.

Paying tribute to the nurses who put themselves on the front line, the collection, staged on Friday at the rose garden behind St Paul’s Church in Covent Garden, referenced “the harsh war-torn times of WWI, followed by the tales of the world’s collective relief and celebrations of the 1920s.”

In particular, Aksu found inspiration in women’s changing roles in society and the dress of hospital nurses during the pandemic, which is reflected in the collection through the layering of close-fitting uniforms with structured, oversized shapes.

Crisp pinafore dresses in shades of white and cream appeared alongside sharply-tailored bouclé jackets and sheer gauze caps. While ruffled gowns in transparent organza and silk were imagined in a soft baby-blue and pink and nodded to the hedonistic lifestyle of the roaring twenties.

The various looks were accessorised with see-through, polka dot socks by hosiery and knitwear brand Falke and, round tinted sunglasses as part of an ongoing collaboration with eyewear label, Linda Farrow.

“The first World War brought women into the workplace on a scale never witnessed before,” said Aksu in a press statement. “In many cases, girls were usually young aristocrats between the ages of eighteen to their early thirties. By swapping their ball gowns for nurse’s uniforms, these new nurses entered the public service sphere and truly experienced life in unexpected new ways.”

Whether it’s the much-needed escapism or the heartfelt appreciation for our health service, Aksu’s harkening back to history couldn’t be more poignant to our current times.