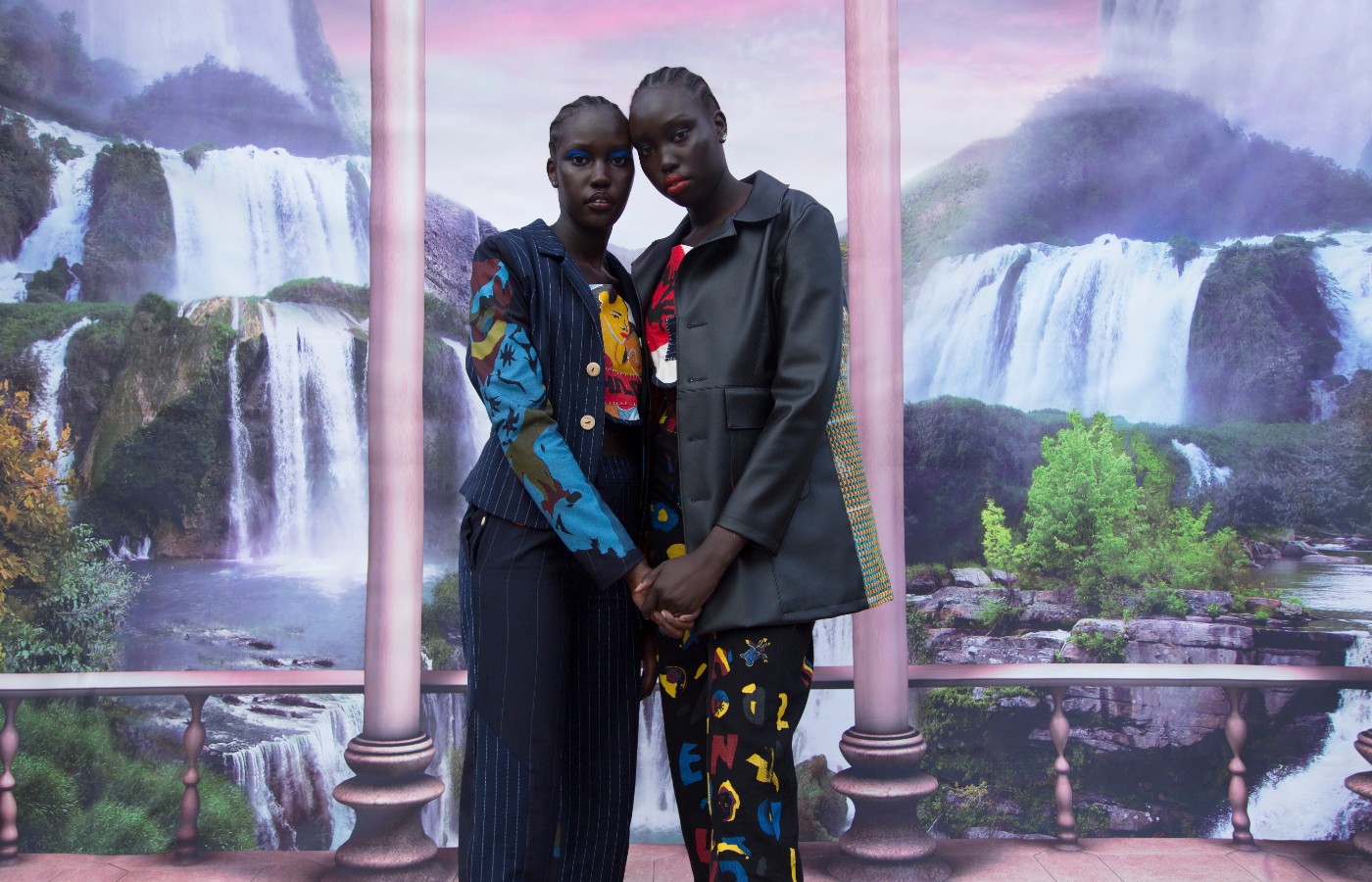 AS I made my way through the deserted courtyard of Somerset House, the stark reminder of the strange times we are living in was eerily strong. What was once a place bustling with photographers, fashionistas, and all things in between during the weekend of London Fashion Week, was now replaced with a tranquil, albeit scaffold filled, no-man’s-land bathing in the warm autumn sun. Turning to my right, I was comforted by the sight of a vibrant flag fluttering in the wind on the top of the House.

Erected by Bethany Williams and designed in collaboration with illustrator and artist Melissa Kitty Jarram, the flag depicts a mother and child set on a colourful canvas referencing the Asafo flags of the Fante people in Ghana, which traditionally symbolise warrior-like strength. Bethany Williams assigned this inspiration to the mothers of the Magpie Project, a Newham-based organisation she has been volunteering with since 2019.

All in all, an apt introduction to the private viewing of Bethany Williams’ SS21 collection that I was eagerly heading towards.

“They say it takes a village to raise a child, But did they tell you that they’ll turn a child away, Based on their parents postcode,” read the first three lines of the powerfully poignant poem All Our Children by Eno Mfon. Named to mirror the title of Williams’ SS21 collection, All Our Children finds its inspiration in the lived experiences of children and mothers who are homeless or at risk of homelessness in the UK because their immigration papers deny them the safety net of our welfare system. Under this same train of thought, the clothing built upon the idea of familial unity.

In a childrenswear debut, the collection featured three miniature versions of the adult outfits, serving as a gentle nod to Williams’ desire for inclusion. An exquisitely crafted marble effect button-down and bottoms, sliced in half and tied back up again with electric blue laces, were displayed in both adult and child form.

Bags were specifically designed to replicate childhood lunchboxes, with Rosie & Jim memorabilia decorating the front and colourful woven fabric made of book waste encasing the sides. Childen’s drawings from the Magpie Project were used to create prints, with dresses and tracksuit sets emblazoned with bright splashes of juvenile innocence.

Another first for Bethany Williams was the shift to tailoring. With looser silhouettes and a wider form driving much of Williams’ previous designs, for SS21 a new dimension was applied to her growing expertise with 100 per cent vegan leather blazer jackets, pinstripe suits, and fitted jackets sprinkled throughout. What hadn’t changed, however, was Bethany William’s masterful display of sustainable fabrics and ethical fashion.

Once again, only deadstock, organic and recycled materials were exclusively used, and manufacturing processes were applied as part of social initiatives San Patrignano and Making for Change. Adidas Originals, who have worked with Bethany in previous collections, provided old jerseys, which Williams used to create patchwork football tops and windbreakers jackets.

When we spoke, Williams told me that this is only the beginning of her plans with Adidas Originals, revealing that they are working together on a furniture launch for later on this year. The extent of Bethany Williams’ talents and drive for consciously driven stories and fashion choices are beyond me. Is there anything that this designer cannot do?

As ever, I eagerly await the next release from the designer. Walking back through the dystopian courtyard of Somerset House, I think to myself, “actually, my room is missing a three-striped bedside table made of recycled tracksuit bottoms now that you mention it”. 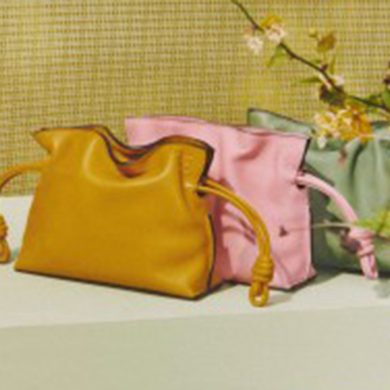