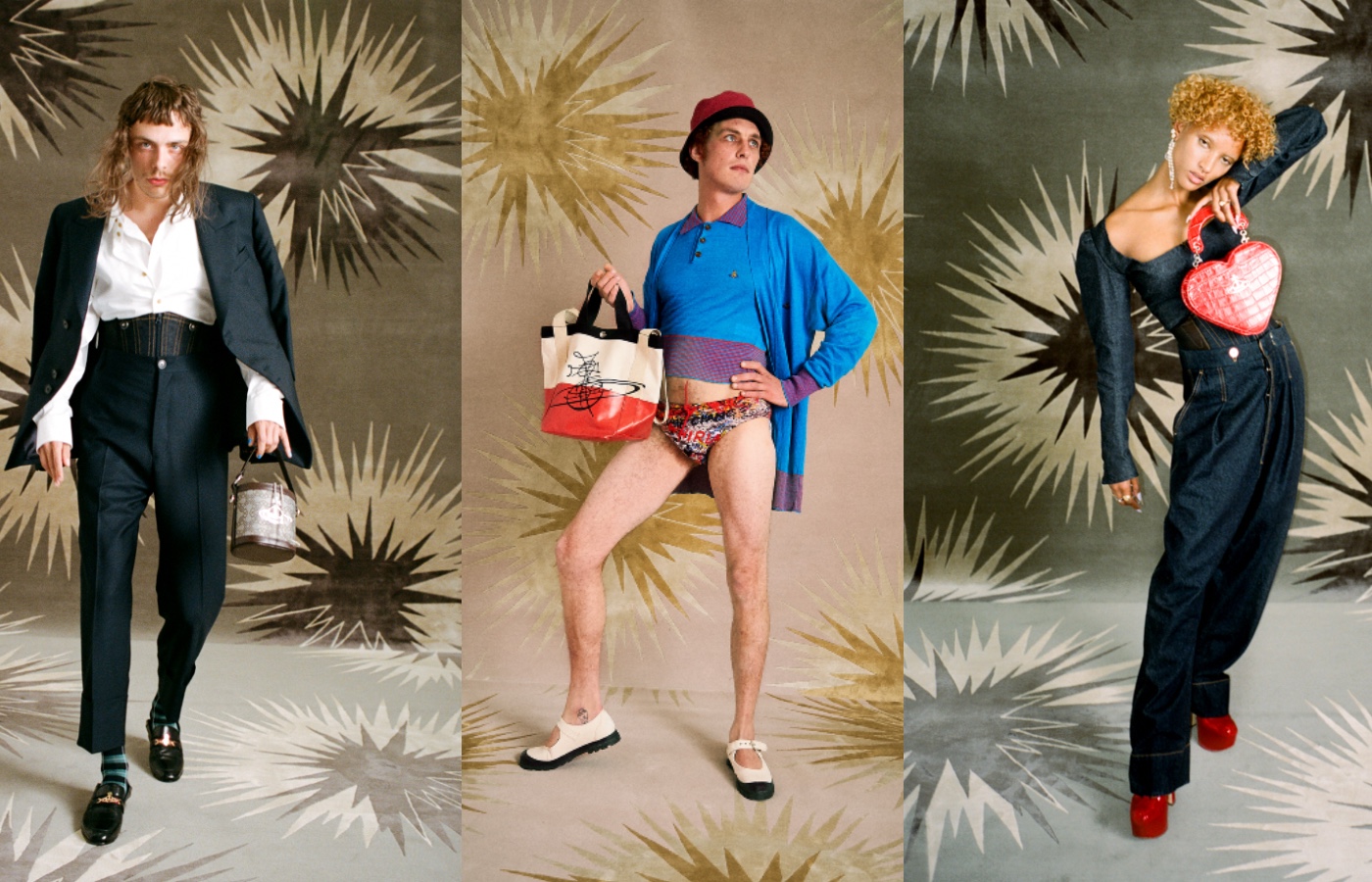 THIS season Vivienne Westwood presented her collection in a short film – a perfect concentration of everything she is celebrated for. It was punky and political, and populated by models, actors and activists in a riot of plaid, pin stripe and sculptural layering.

Poet and activist Kai Isiah-Jamal, Delilah and Ursula from the band Skinny Girl Diet, Dott Cotton Clown, and Isamaya Ffrench, who was also the make up artist for the film, are amongst those shot by Louis Simonon, son of Clash bassist Paul Simonon. The piece is narrated by Brian Nasty, and in short encapsulates that Westwood, Brit-punk essence.

The clothes are made from sustainable fabrics, and branded with Westwood’s political agenda: masks and t-shirts read True Punk, and in the film were accessorised with placards and signs reading the same. The pieces are genderless, and worn with the joyful abandon of children dressing up, or actors in costume: expressive and haphazard.

Shirts were loosely buttoned and layered in flounces. Westwood’s famed tailoring and corsetry was translated into boxy suits and structured blouses, with prints designed by Chrissie Hynde and Anthony Newton. Models dripped with pearls and chunky gold jewellery, and stomped around in patent stilettos or plimsoles with gum soles.

Headwear oscillated between bucket hats and an anchorite’s draped habit. The collection was fresh and theatrical, but also firmly rooted in classic Westwood philosophy. 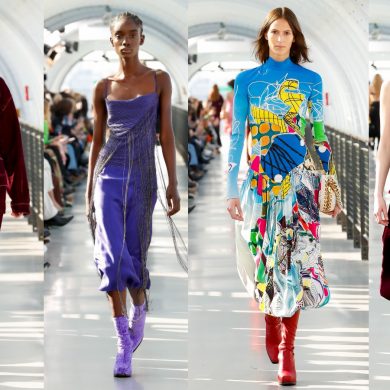