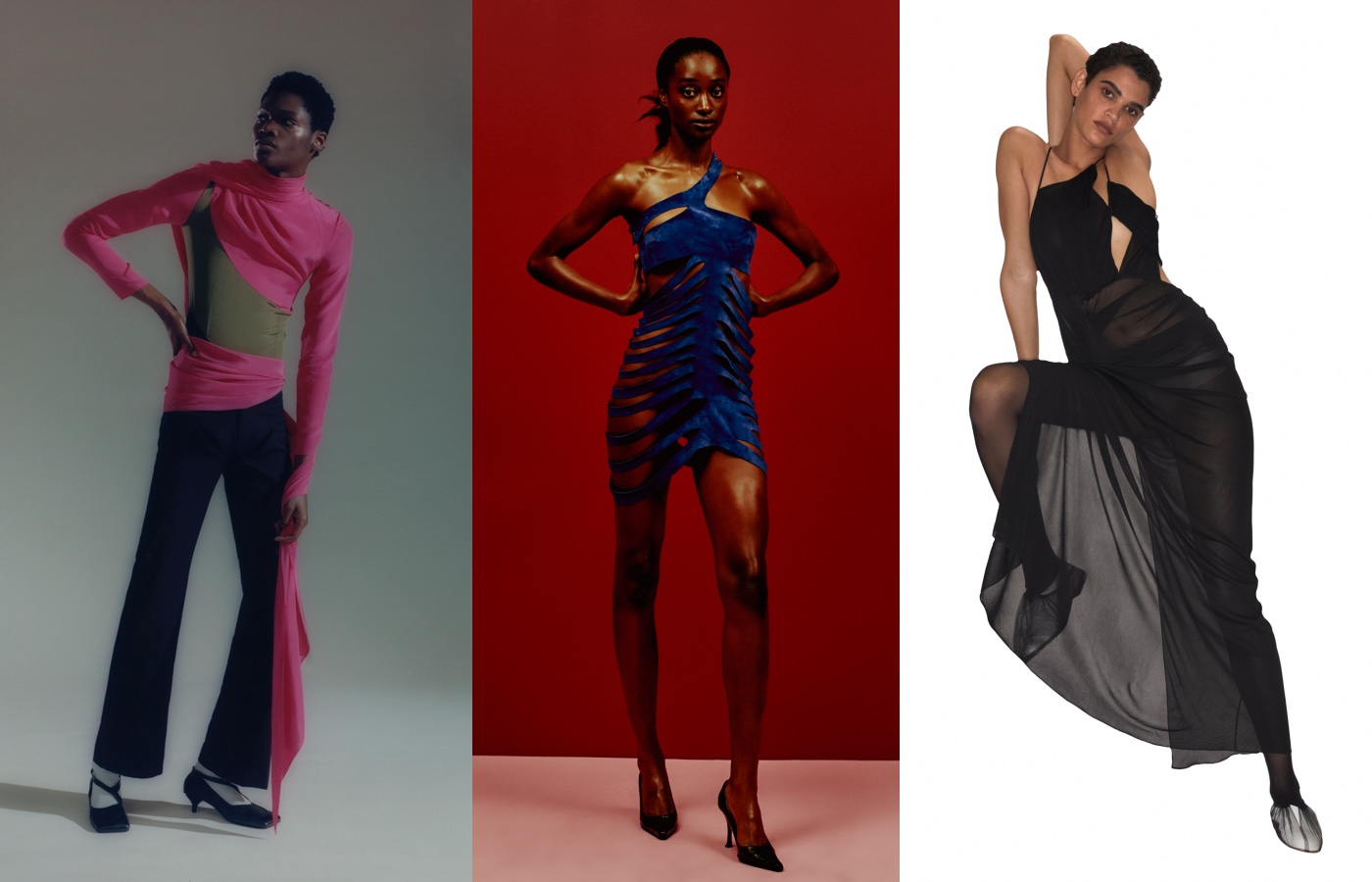 IN LIEU of a physical show, this season Fashion East delivered viewers a compilation of films made by each of its four designers. This combination supported Fashion East’s characteristic platforming of a diverse range of designers, each presented individually, but simultaneously as part of the greater Fashion East community. Each designer exhibited clips wholly different forms he one before, within the foundations of the work of their contemporaries.

Maximilian offered a reclamation and celebration of carnival culture, and a reimagining of the 19th Century clothes of the colonisers who had originally forced them to perform. He fused this with a Hype Williams-esque Noughties aesthetic, forging a futuristic homage to black identity.

The collection was dominated by ribcages of shredded black fabric, ripped black jeans and hoods that accentuated the sinews and muscles, the raw bodily nature, of the models who wore them.

Goomheo’s billowing fabrics were cinched at the waist, and again at the ankles with square-toed heels and sheer stockings. They were presented by repetitive clips of a model executing a sharp kick: a powerful movement accentuated by trailing fabrics and contrasted with typically feminine footwear.

Goomheo aimed to disrupt and explore his viewers perception of the body. Handing threads and tiny hot pants, sheer fabrics and fringe all contributed to his dynamic silhouettes.

Nensi Dojaka’s models were presented as static images, superimposed over city scapes. The collections made up of black, sheer, ruched pieces, as delicate as ballet clothes. Dojaka envisaged a gender non-specific “web” – sensuous, featherlight pieces that danced across limbs, secured with delicate ties.

Fashion East’s final offering was Saul Flipside’s collection; made up of high-tech, finely tailored and futuristically textured sports wear. The clothes were presented at the cliff’s edge in Seven Sisters – a group of models swirled around the landscape, breaking and reforming their collective. Tracksuits were cast in neutrals, pastels and a searing lime green, and augmented with zips and textured panels.

The show was as diverse and exciting to view as we have come to expect from Lulu Kennedy’s protégées. 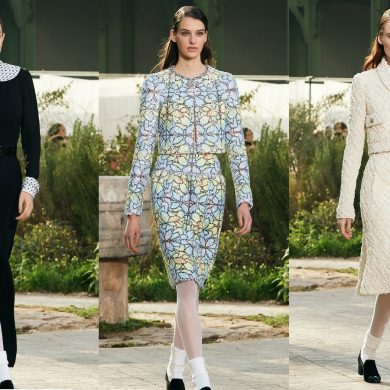