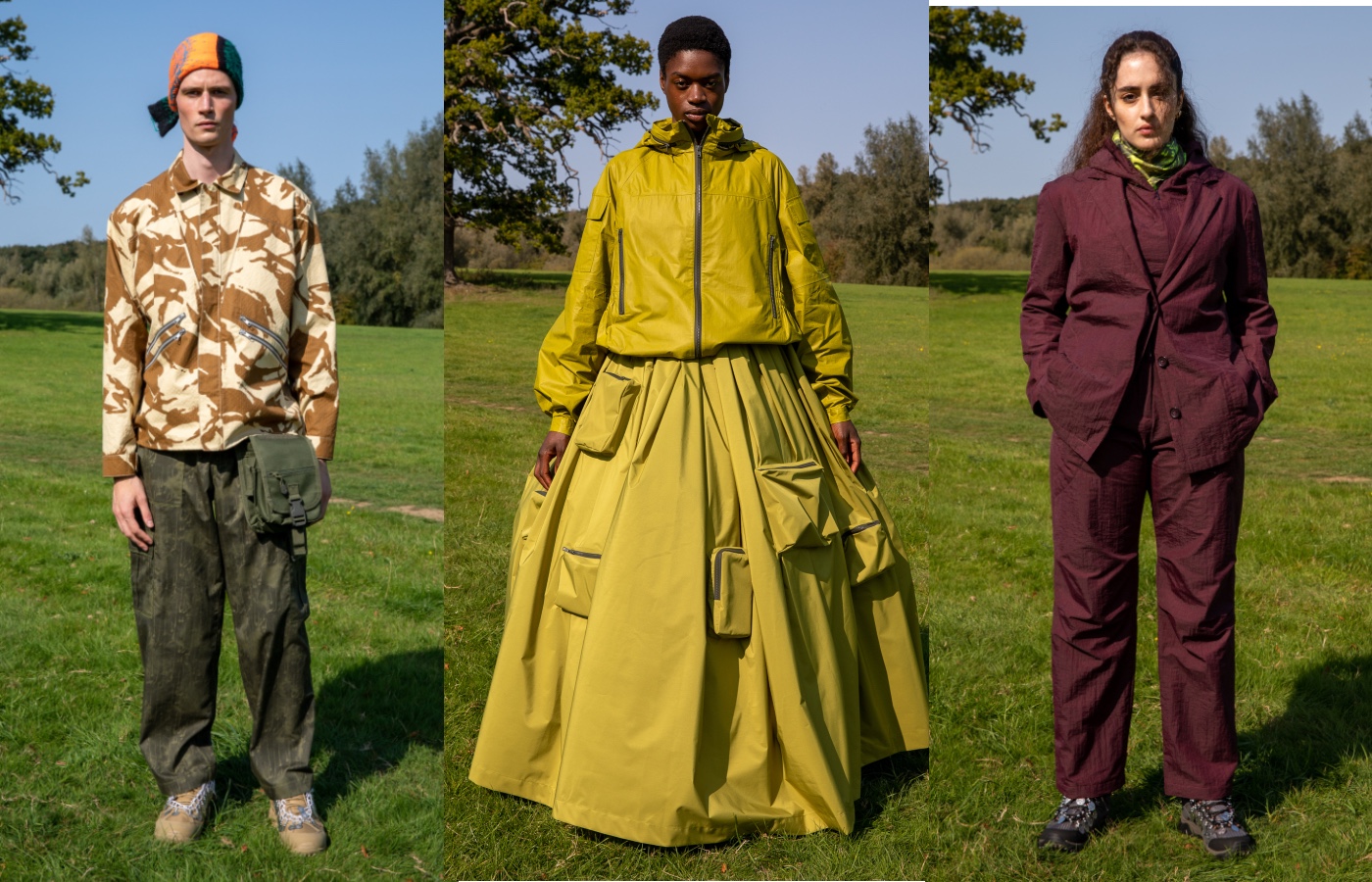 THIS season, Paria/Farzaneh launched its collection through a physical experience that disrupted and reformed the concept of the Fashion Week presentation. Invitees took a train to Amersham, before being driven to Kennel Farm, a beautiful landscape of rolling hills and woodland. We sat in the grass on designated spots on top of a hill, looking down into the sprawling valley.

I looked around, wondering whether models would materialise from the copse to my left, scanning the horizon for a sign of the fashion show I had been invited to. Eventually, to a powerful but eery soundtrack, smoke began to roll across the landscape, fireworks took off and balls of fire exploded in front of us. As the smoke cleared, I caught sight of a figure emerging from a group of trees in the distance.

Slowly, a model appeared, walked a little closer, and stopped, silently. One by one, models emerged from the trees, and joined the assembly. They advanced, forming a line in front of us, as if in battle formation: assured and expressionless. We were captivated, in awe, and perhaps a little frightened, by the approaching rank, cast in reddish browns, khaki and an acidic green.

The models proceeded to break into the ranks of the spectators, before, according to the music’s cue, turning on their heel and retreating into the copse as silently and determinedly as they had come.

Paria/Farzaneh models approaching the audience at the SS21 presentation

The collection read as a kind of new age military uniform: practical and impressive, made from technical materials in earthy tones. The models’ procession was tribal and ritualistic. They dominated their sprawling rural surroundings with their silent, steady movement across the hill. Jackets were functional with pockets, zips, and broad-brimmed hoods.

The pieces were weatherproof; unisex and utilitarian. Alongside this, they were beautifully rendered: tonally, texturally and in silhouette. The procession was led by a model in a chartreuse anorak and voluminous skirt, augmented with structured pockets.

Both ball gown and weatherproof uniform, the look embodied this collection’s futuristic mix of the practical and performative. 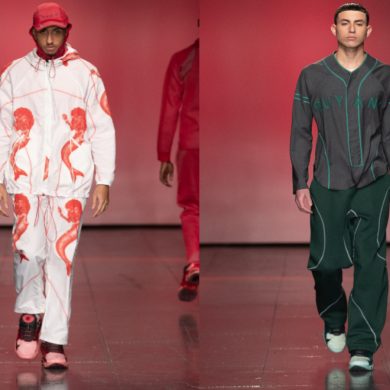