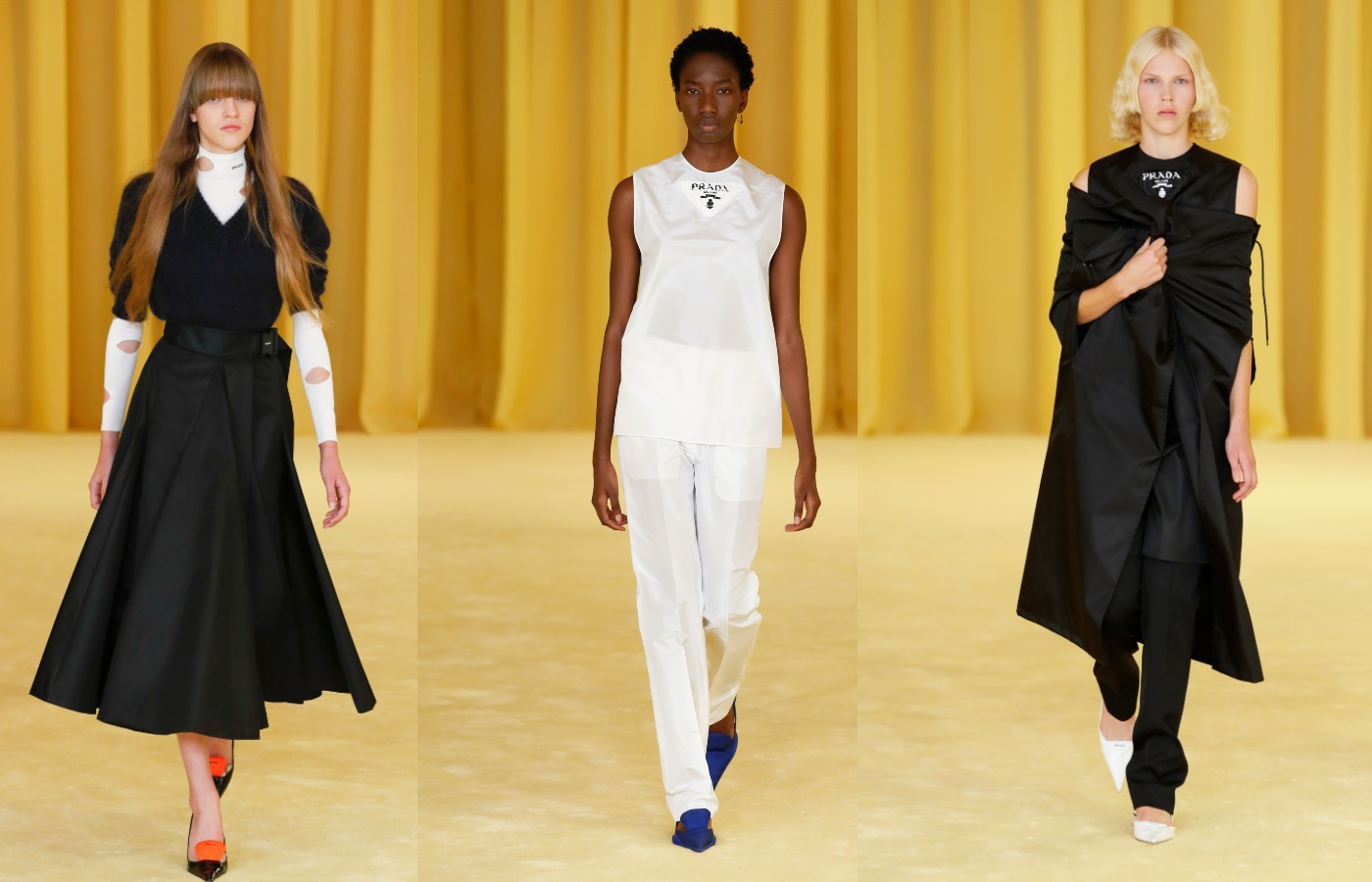 EARLY this year the Prada Group announced that Raf Simons would join Miuccia Prada as co-creative director of Prada. Moments after the news was brought to our attention, the concept of bringing together two of fashion’s biggest and most admired designers, shook the industry and all its admirers.

The wait to see the debut collection has been long and widely anticipated making it the show of the season. Predictions of what was to come were discussed and dissected, but finally this afternoon, we were all silenced.

With this being their first shared collection, the aim of the co-creatives with the spring-summer 2021 show was to lay a foundation of what was now to come at Prada. The pair consider the 40 looks as a creative conversation between themselves, one looking at the Italian fashion house and redefining it, the other continuing to define it.

The creation of the looks was not executed in the usual manner. The world changed weeks after the announcement was made and the two creatives were forced to use technology as their main tool for communication and as a guideline.

Delving into the idea of uniform for the SS21 collection, an array of viewpoints were taken to explore such a mundane outfit but with luxury fashion in mind – for example, questioning what the Prada uniform is, or what the uniform of individual identity looks like, or what the uniformity of shared values in clothing means.

Therefore, the collection was an expression of simplicity illustrated through garments such as a shell tops, straight-leg trousers and classic overcoats, but made from industrial re-nylon using couture related processes.

Working with his long-term collaborator Peter de Potter, Simons commissioned artwork that played with the notion of exchanging ideas – using technology, human communication and one’s internal monologue as inspiration for the pieces.

The compositions disrupt the stereotypical perception of a tidy, clean uniform as they are threaded over archival Prada prints or simple textures, somewhat representing Simons’ input into Prada.

Perhaps the characteristic that both the co-creatives share is their ability to focus on simplicity. This collection is comprised of essentials. The new Prada essentials.

An item of clothing that is highlighted to represent their design approach is the wrap seen on multiple looks. There is no genius to this piece, but rather ultimate precision when configuring a rectangular piece of fabric into an elegant feminine garment.

Their approach to make the ordinary close to extraordinary is the clever use of fabric, playing with fleece, embroidered duchesse satin and chiné taffeta on garments found in practically all our wardrobes – even adding pockets for functionality.

Many may look at this collection and feel somewhat underwhelmed, but there is true genius behind the SS21 collection. Raf Simons and Miuccia Prada have established the foundation for what is to come. The pair have started by changing the normal, and if you really think about that, Prada has just made a seismic wave without much noise. 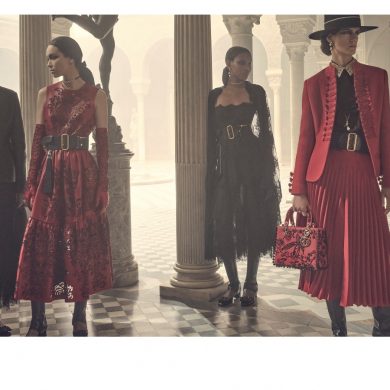