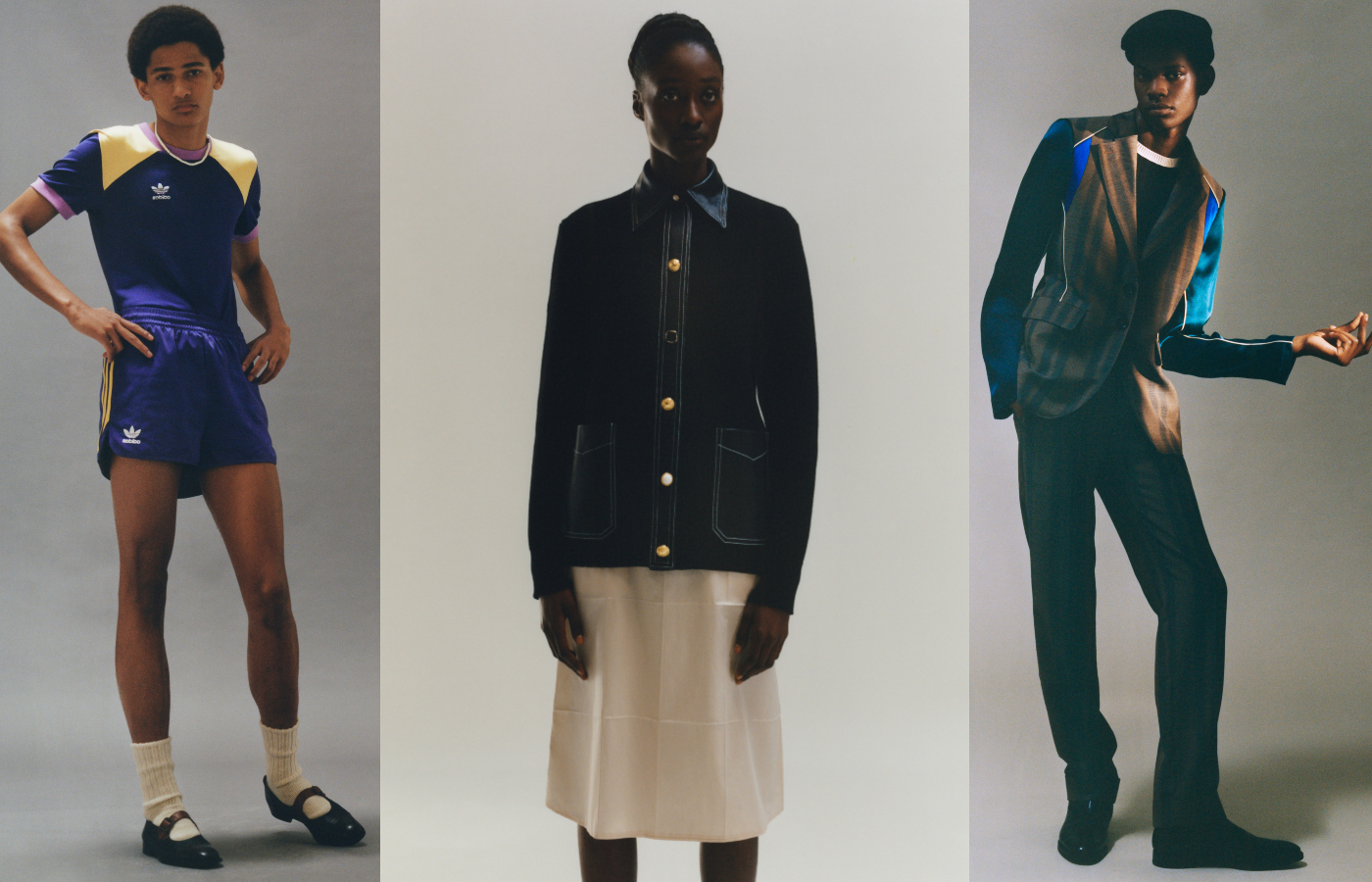 By Lily Rimmer
In FashionFashion shows

THE sun is shining. The air is warm. The Essence is rich in heat. As the second in a triptych of collections by Wales Bonner that explores the diasporic connections between Britain and the Caribbean, and the first to be presented at Paris Fashion Week, The Essence is a collection that refines the narrative with knowledgable expertise. Shifting her focus from last season’s Lover’s Rock and its exploration of the British Jamaican community in London in the seventies, the SS21 collection set its reference net to Jamaica in the eighties and the origins of dancehall music.

Wales Bonner’s brand has long evolved around a study on black cultural histories. Born to a Jamaican father and an English mother, Bonner’s collections are a commentary on identity and belonging. This season, this message was delivered in the form of traditional British tailoring, a gentle nod to London’s Jermyn Street makers with the array of shirts, and Augustus Pablo’s iconic dress, which served as her muse when designing.

Augustus Pablo was a Jamaican record producer known for his mastery of the melodica – a keyboard harmonica – and his legacy resonates with the energy of the collection. There is a certain musicality to the clothing, with elevated jockey silks, hybrid sports shorts, and flat caps reinforcing the dancehall vibrancy. Working again with Adidas Originals, Bonner created slimline tracksuits in a heartwarming palette, football boots with ivory topstitch, and leather plimsolls in a unique adaption of the original footwear worn in dancehalls in the eighties.

Silhouettes are seamless and gender fluidity is a recurring signifier throughout. The boundaries of femininity, however, were pushed to their furthest before seen by Bonner. Some dresses came with fringing, crochet elements decorated the hems of others, and waists were cinched in and pleats were aplenty.

Key offerings of the collection were the diamond plaid two-piece in electric blue, the cedar brown striped wool suit, paired with the saint ann ribbed blouse, and the sunshine paneled shirt in yellow, ivory and black satin, which served as a new interpretation of traditional jockey racing wear.

In conjunction with the debut of the collection, Wales Bonner released Thinkin’ Home, a short film she worked on with Jeano Edwards. The film depicts the passage of eight young men trailing through lush greenery and seaside landscapes to the sounds of reggae, eighties dancehall, gospel and spoken word. It is a delicate conclusion to the collection, as we watch the clothes come alive against the tranquil land, colourful architecture and heat of Jamaica.