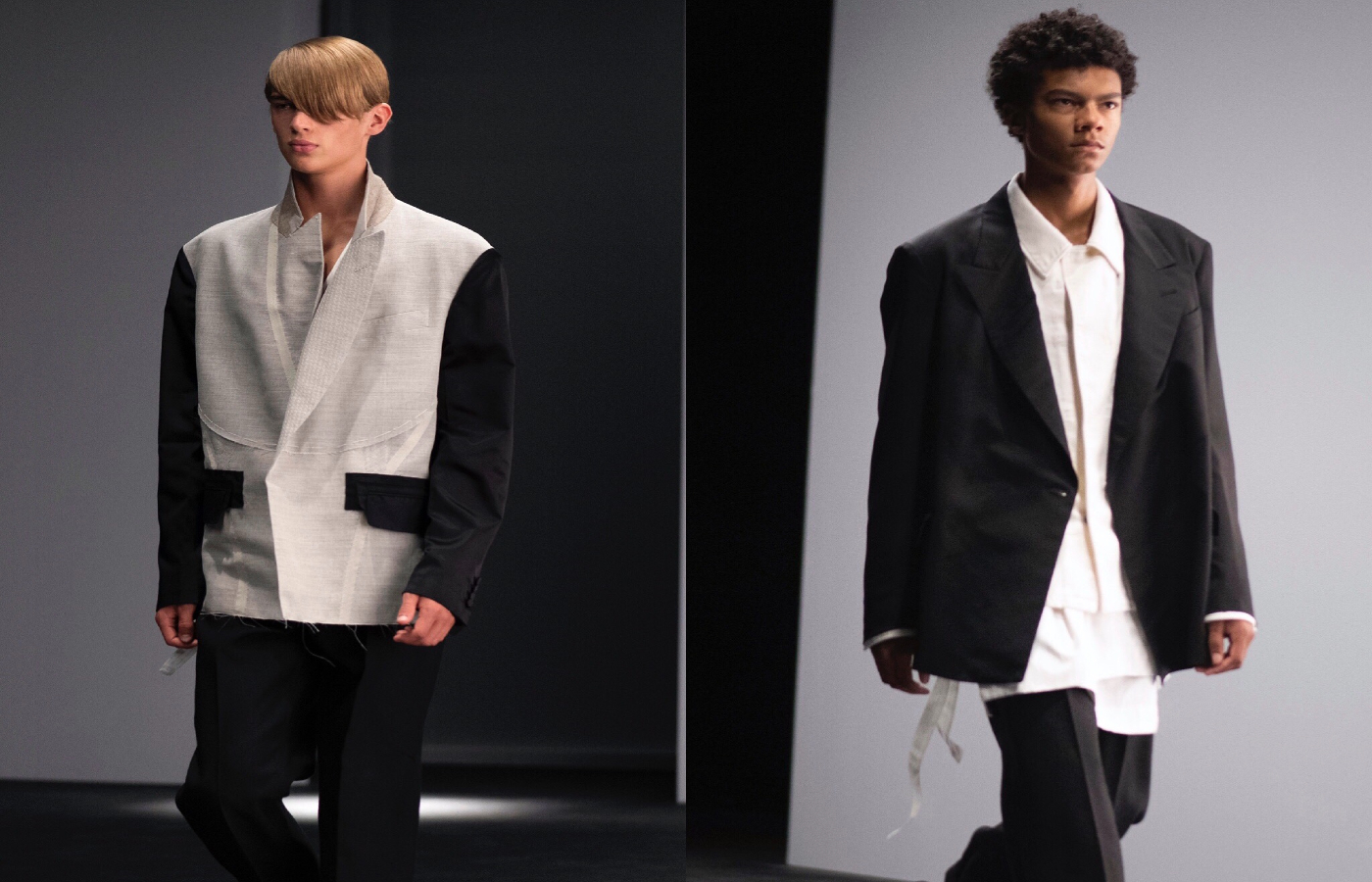 In an ode to craft, creative director Mark Weston brought to light the inner workings of the tailored jacket, further building upon Dunhill’s signature sharp yet subversive aesthetic.

“This collection is not simply about deconstruction, but construction. It’s about the joy of making clothes and the emotional investment in them,” said the designer, who joined the British label in 2017. “These things felt particularly resonant at this time.”

Interweaving relaxed Japanese and Italian silhouettes with the long-held traditions of British tailoring, the 30-look menswear collection proposed a new kind of formalwear.

Half-wrap blazers were left unfinished and came crafted from Holland linen, typically used for making pockets and chest canvas, in a process Weston describes as “ripping the guts out and using the components in a different order.”

Eel-skin trousers were styled with intricately-woven v-neck jumpers and short-sleeved shirts in crisp white and ivory, each button-up detailed with impressions and crease marks.

Dunhill’s new Lock bag in a deep oxblood red and powder-white accessorised the deconstructed suiting, while soft loafers were the shoe of the season.

Dunhill’s SS21 was all about the construction process. Details that would typically be an internal, unseen touch became the focus of the lineup, in an impeccable fusion of utility and elegance. “I think great design and great pieces should be about obsession,” said Weston. “Each piece is the sum of its parts and each part has to be considered.”