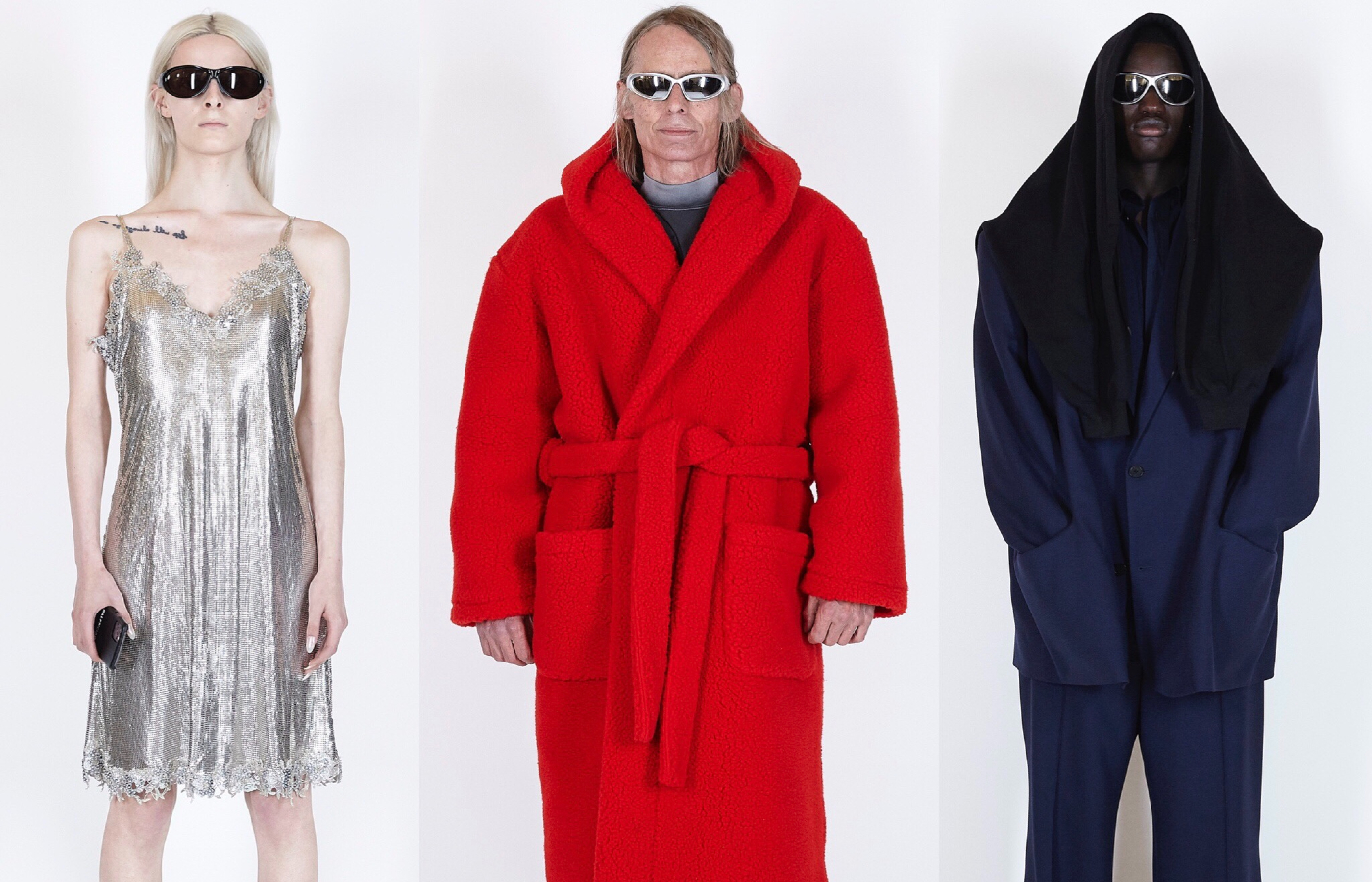 MOUTHING along to a cover of Corey Hart’s ‘80s hit Sunglasses at Night, models strode through the rain-sodden streets of Paris dressed in bug-eyed sunglasses and baggy streetwear, debuting Balenciaga’s new spring collection as a music video that was both exhilarating and unsettling.

Unveiled today as part of Paris Fashion Week, the film was intended to take a “wearable wardrobe” to the city’s moon-drenched boulevards at a time “when fashion week would typically light up Paris”.

The Parisian fashion house, which has been under the artistic direction of Georgian-born designer Demna Gvasalia since 2015, this season, proposed a new way of dressing post-lockdown with a lineup of “at-home essentials” boasting comfort, versatility and the brand’s usual tongue-in-cheek antics.

Lockdown-appropriate pieces reimagined as outerwear was a key theme – faux shearling bathrobes were worn alongside layered silk pyjama suits, while sweatshirts came deconstructed and draped as elaborate headpieces, each look accompanied by a pair of kitten-heeled bathrobe slippers, a soon-to-be hit and latest addition to Gvasalia’s ugly-chic footwear repertoire.

Other looks were ideal for a socially-distanced evening soirée including a slinky chainmail slip dress crafted from minute “metal armour-like links” and a sheer gown fashioned from basketball net chains, a drama-infused update on Cristóbal Balenciaga’s iconic fisherman’s net dress.

The Neo Classic Bag, celebrating its 20th anniversary, was prescribed as the ultimate accompanying accessory, along with a soft leather Ville bag and an Hourglass bag covered in fluffy faux shearling.

Gvasilia went big on sustainability this season, as detailed in the show notes, with ninety-three point five per cent of the “plain materials” in the collection being either “certified sustainable or upcycled”.

One hundred per cent of the print bases boast sustainable certifications. And most of the lineup is unisex, a template which diminishes “the environmental impact of a gendered production model.”

Spring was all about recontextualisation for Balenciaga. Whether it’s the intentionally ripped dresses that “underline the idea of finding unconventional beauty in classic, timeless garments,” or the playful hoodies-cum-headwear, this collection further reinforced something fans and industry insiders alike have known since the beginning: Gvasalia’s creativity truly knows no bounds. 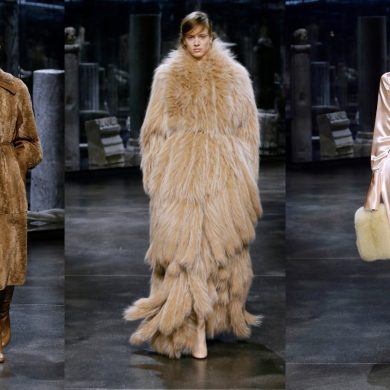