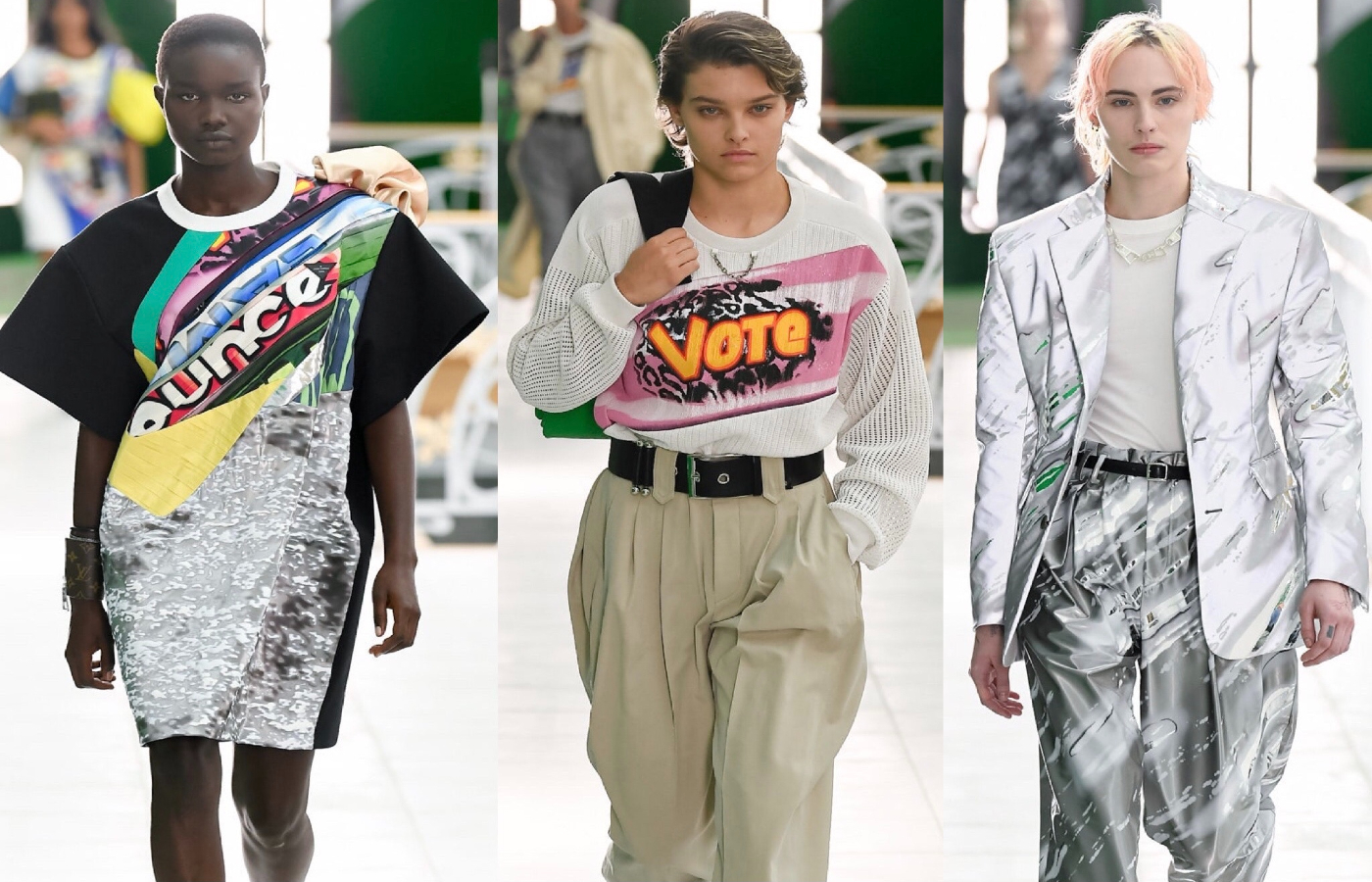 UNDER the colossal glass dome and decorative ironwork of La Rotonde, on the top floor of the iconic Parisian department store, La Samaritaine, Nicolas Ghesquière closed out Paris Fashion Week at Louis Vuitton with a gender-erasing collection infused with his signature tinge of futurism.

The LVMH-owned complex, set to reopen next year after a 15-year closure, provided an ornate, art nouveau backdrop for Louis Vuitton’s SS21, which took up two show slots, with 200 guests at each showing. For front-row guests unable to fly-in, webcams with a 360-degree pivot were installed, allowing virtual attendees to control their camera and watch the show through their phones.

While, those viewing via live stream were treated to an array of trapeze artists, magicians and a green-screen projection of Nick Cave in the 1987 Wim Wenders classic Wings of Desire, that was played behind guests and overlaid with footage from the catwalk.

The lineup itself was equally as forward-thinking, and, while more street-friendly than past seasons, aimed to dissolve the lines between masculine and feminine.

The collection began with a perforated knit emblazoned with a timely Vote slogan, paired with baggy harem trousers and a new monogrammed soft bag in a mouth-watering apple-green. Other new additions to Ghesquière’s accessory family included the Chroma Key, a supple shoulder bag with a bulky-chain link strap, and the Blade clutch, a space-age silver pouch punctuated by an LV-embossed padlock.

Full of razzle-dazzle, Ghesquière’s spring offering was a perfectly-executed blend of IRL and virtual. Tech-heavy yet pleasantly familiar, it proposed an optimistic future for fashion, one that sees it prevailing through the darkest of times. “Stepping into a territory that is still stylistically vague. A sensitive zone that erases gender and promises exponential creative possibilities. What does an in-between garment look like?,” questions the show notes.

While our climate remains uncertain, one thing is clear – nothing will stop Ghesquière from making great clothes. 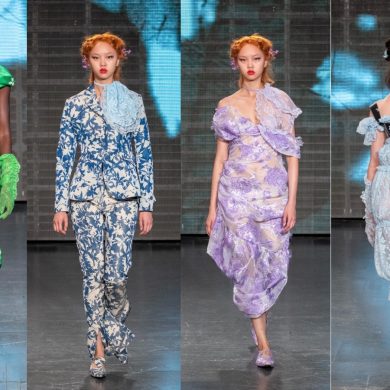