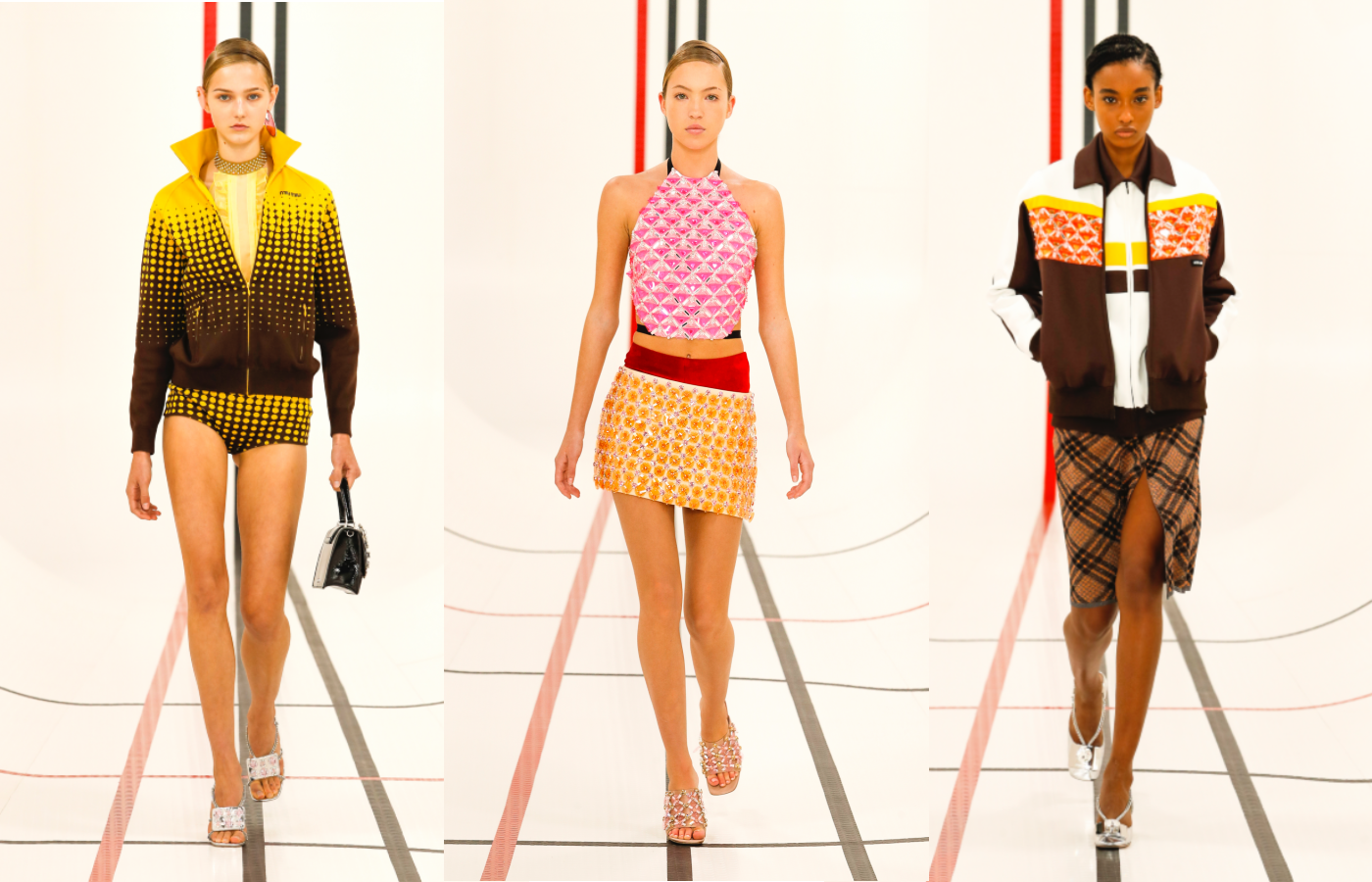 MIU MIU’s SS21 presentation took place in a futuristic ‘sports palace’ a venue that embodied Miuccia Prada’s musing on the polarity of our recent experiences. She describes these as “polar times”, times that demand a polar collection. The show’s sporty dreamscape is made up on sweeping curves, scored with the markings of sports pitches and pink foam-lined enclaves within which the show’s audience are ensconced in the grid of a Zoom call.

The brand noted the importance in the role of the audience in the spectacles of both sport and fashion. The head and shoulders of these Miu Miu women are blown up, floor to ceiling. Their reactions to the clothes were recorded in a preview: their viewing experience is presented alongside the collection itself.

Recordings of roaring crowds opened and closed the show. Models circled their stadium with slit eyebrows that echoed the graphic lines of their surroundings. Clothes drew on the “spectacular language of athletic clothing and embellished clothing”.

The collection was cast in a palette of ‘70s warm browns, yellows and orange, matched with a ‘60s combination of pink and space age silver, and topped with ‘00s glitz. Tailored jackets bore sporty piping and were paired with retro hot pants. Skirts were mini-hemmed and straight-cut, or elegantly wrapped and knee length. Collared and patterned finely woven knitwear was in abundance.

Alongside this sartorial nostalgia, trainers were reimagined as pointed evening shoes: an avant-garde repurposing that speaks to the Depop age of restructuring classic styles. The show struck a chord between retro glamour and a sporting futurism. 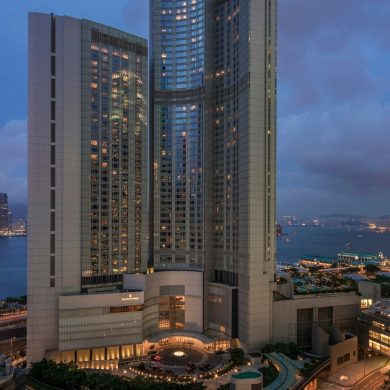