By Imogen Clark
In BeautyFashionNews

Chanel celebrates a century of their No.5 perfume

THERE are few scents that are so recognisable that you know exactly what it is. Since its launch in 1921, the smell of Chanel No.5 has been embedded in all our lives, whether your mother, girlfriend or best friend wore it, the fragrance will forever stand proud in memories.

Now, nearly a century on from when Gabrielle Chanel launched the perfume, the French Maison is writing a new chapter in its history. Head of Chanel’s Global Creative Resources Fragrance and Beauty, Thomas du Pré de Saint Maur envisions a woman of her time, whose radiance attracts the energy embedded in the lunar force. For this, he has appointed actress Marion Cotillard and film director Johan Renck to bring this story to life.

Cotillard’s relationship with Chanel traces back to the start of her career, so this choice seems natural and fitting. “Marion was the obvious choice,” explains Thomas du Pré Saint Maur “Returning to a French actress meant returning to a subconscious image of French femininity dear to the spirit of the House.”

Marion joins the list of women who over history have continued to shape this scent as the ultimate point of modern femininity. In true French nature, the actress has that element of ‘je ne sais quoi’ that we all strive to have, which she embodies effortlessly. “She seems to know what is right and lively, she is fully committed” adds Thomas du Pré Saint Maur, “Like the Chanel woman, who doesn’t escape herself, but faces herself.”

Swedish director Johan Renck, known more recently for his award-winning series Chernobyl, undertook this new No.5 vision and brought us with him as we make a journey to the moon. Having previously been tasked with the Coco Mademoiselle and No.5 L’Eau adverts, he already understands the essence of Chanel.

More than just a prop, the moon becomes a character in this film – associated with both femininity and renewal, it is symbolic of the fragrances new chapter a hundred years on.

The new chapter with Marion begins with her walking down a bridge in Paris with a black cape on and the light from the moon creating a mysterious ambience. As she looks up, her face is lit up and she can see herself on the moon dancing with a man until she flies away with him. The dream becomes a reality when we return to the bridge to find the same gentleman by her side.

Artistic Director, Virginie Viard chose a gold embroidered lace dress for the actress to wear – giving the impression that the dress was like a second skin; an innate luxury.

Viard speaks on her decision, “I wanted Marion to perform in a dress that was completely Chanel, past, present and future. Iconic. We started from the dress worn by Mademoiselle Chanel, immortalised by Cecil Beaton in 1937 which Karl Lagerfeld particularly liked … We adjusted it so that Marion could make it her own, dance in it; we wanted the dress to serve her and not the other way around.” Taking more than 900 hours of work, the dress encapsulates the spirit of Chanel No.5.

With the centurion anniversary next year since the launch of Gabriella Chanel’s first fragrance, there is no doubt that this fragrance will continue to linger in all lives for another hundred. 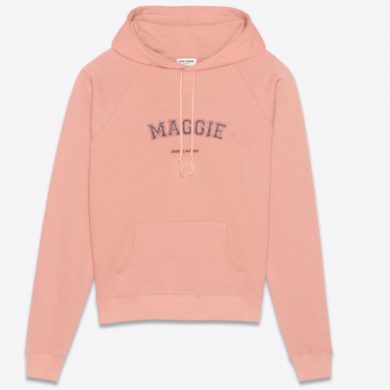