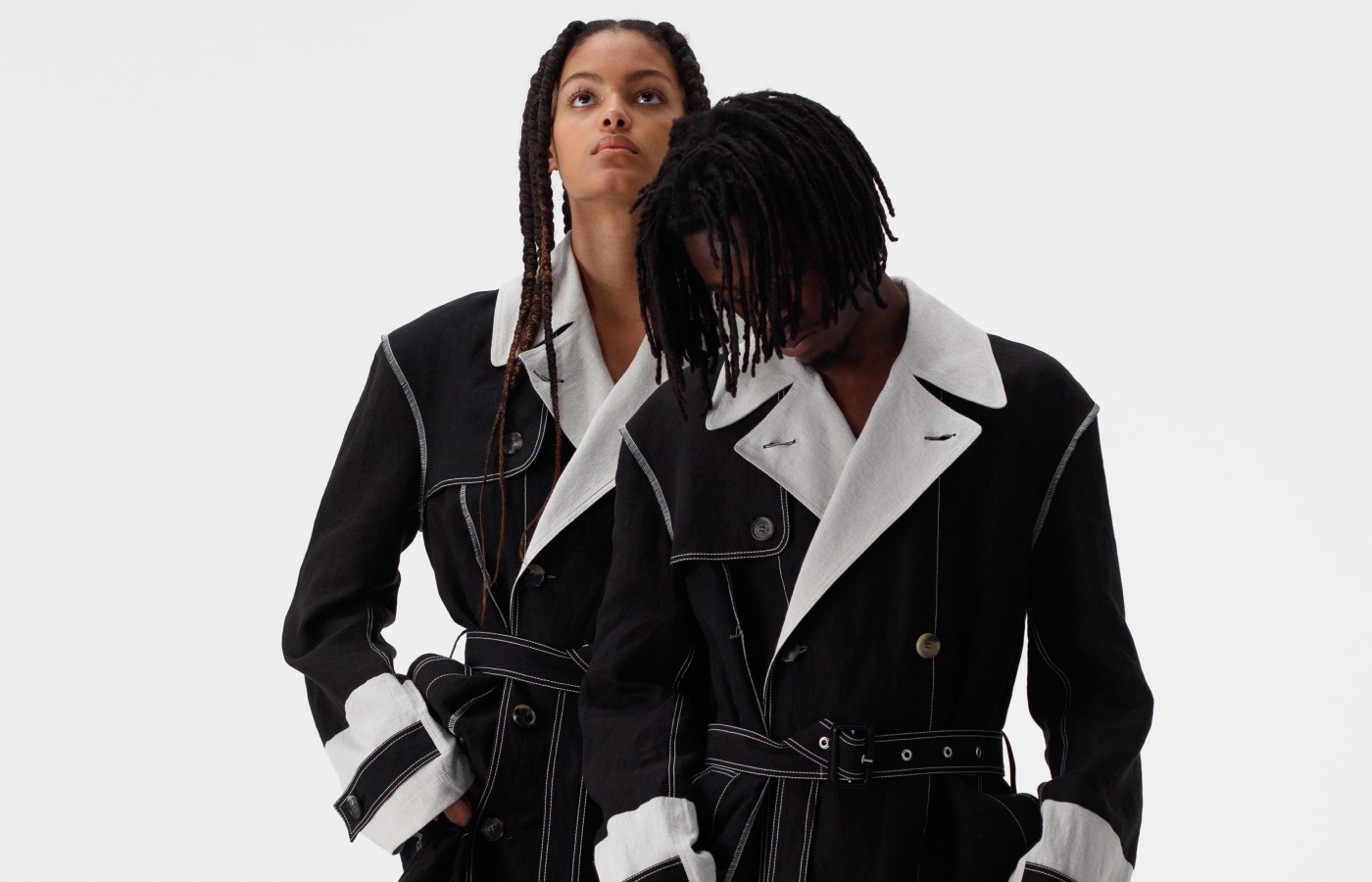 AN EXCITING new limited edition, eco-conscious capsule collection titled Made in Britain has been launched by JW Anderson. Composed from six ready-to-wear looks including accessories, all created in the brand’s home country is the new initiative added to the already established fashion house.

Focusing on producing sustainable clothing through using UK factories and excess fabric available from previous seasons, the Made in Britain collection puts local onto a pedestal in luxury fashion.

Founder and Creative Director Jonathan Anderson began this during the first lockdown earlier this year when samples were sent to pattern cutters and machinists to create all new looks to sell.

In true JW Anderson style, the iconic silhouettes, including trench coats, capes, dresses and over-sized shirts were put together using materials at their disposal. Linen and pinstripe shirting material were put together through patchwork techniques, reverse stitching and showing exposed seams to align with recognisable methods used by the brand.

In addition to the clothes, the well-known penis keyring has been reimagined in six different versions that were handcrafted by independent suppliers in the capital.

Debuted by Glass cover star Emma Corrin, the actress was seen wearing the Shirt Dress during her press tour of the up-and-coming series of The Crown. Jonathan spoke about this special initiative, “It is really important for me that we become more eco-conscious and sustainable even as a relatively small brand. The idea with Made in Britain was to create something new but be resourceful with materials we already have and keep the production local.”

The JW Anderson collection is exclusively available in the London flagship store as well as the brand’s website and farfetch.com

Next
Glass presents the next chapter of the Dior B27 trainer

The Glass guide to the best podcasts during self-isolation