USING the Since 1854 jacquard textile as the centre point for this seasons shoes, Louis Vuitton‘s womenswear artistic director Nicolas Ghesquière revisits the canvas and shines a light on the Monogram motif.

The Since 1854 pattern debut during the fall-winter 2020 show, and has now transferred from clothing to the Silhouette Anke Boot and the Podium sandal that have a matching Monogram flower heel. Even the much-sought after Archlight trainer is available in this textile to give you the option of a more casual approach to this style.

For those seeking a more masculine look, Louis Vuitton offers an alternative in the form of a Chelsea boot in the Monogram canvas, creating a more dominating effect. Additionally, the Laureate, the Metropolis and the Matador are reimagined, but this season they see an infusion of LV’s aesthetic codes transform them with playful hints of colour.

Modelled by critically acclaimed DJ and designer Peggy Gou, the Louis Vuitton FW20 shoe collection comes to life. Gou’s relationship with the French luxury brand stretches further back than this lookbook. Both Ghesquière and menswear creative director Virgil Abloh are both fans of the South Korean superstar, so this a natural fit. 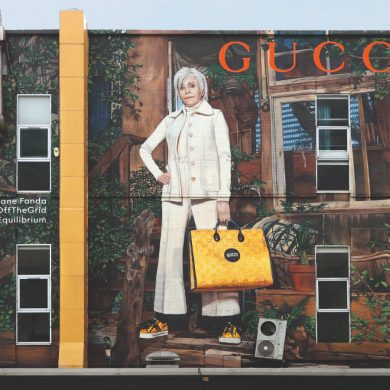