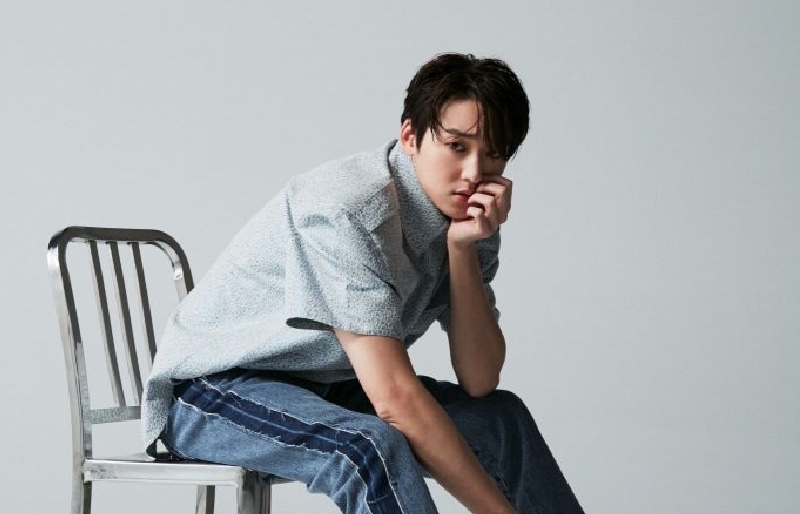 In 2006, he debuted as part of XING before joining U-KISS, a six-strong boyband who performed under the acronym of Ubiquitous Korean International Super Star. Having acquired just that, Woo left the band and began a solo career, releasing a series of singles, including Falling, his recent collaboration with fellow K-pop star, James Lee.

You spent your childhood in America before moving to South Korea and beginning your career as a K-pop star. What was that shift like?
At the young age of 15, I made a bold decision to move to South Korea to pursue my dreams of becoming a singer. As a Korean-American, I understood both cultures very well, but since it was my first time living in Korea, let alone abroad, it was both a nerve-racking and thrilling transition for me. Although it was difficult for me to leave my home and assimilate into a new environment, I was determined to succeed and I’ve never looked back.

Can you tell us a bit about the K-pop training process you underwent?
It’s a very intense training process. I would almost describe it as a “boot camp”. We lived in dorms with the other trainees and had a regimented schedule every day. It was also very competitive since we knew only some of us would make it to the debut team.

We spent all day in classes for vocal training, dance, acting and learning foreign languages. We would even practice on stage to simulate a broadcast TV show and then monitor our performance. A lot of measures were taken to look and sound flawless before we made our debut.

After almost a decade making music as part of a band, you have now launched your solo career. What have been the challenges and highlights of going it alone so far?
Since I performed in a boyband for most of my early career, it was challenging to adjust to performing alone. In the group, each member would have different roles and contributed to the group as a whole, but as a solo artist, all eyes were on me. There was an incredible amount of pressure. I’ve learned to appreciate the attention and work harder at my craft to become more confident in my performance. From these experiences, I noticed I’ve become more independent and trained myself to take more control over my creativity and individuality.

More recently you’ve been producing some intimate covers on your YouTube channel. Who are you inspired by right now?
I am currently inspired by LAUV. His lyrics are very relatable and raw. I’ve also seen his process of making songs and it inspired me to write music on my own as well. YouTube is a way for me to show my fans different aspects of me that maybe they haven’t seen before – it’s where I can be myself and connect more with my fans.

With your work with After School Club (the South Korean web-based live music request television talk-show) and in musical theatre, your career has been multifaceted. Do you have plans to explore avenues outside of music?
While music will always be my main passion, I’m currently elevating myself more in fashion by partnering with LIPHOP, which is Korea’s hottest online high fashion shopping mall and e-commerce brand. I want to express my creativity and represent both western and eastern cultures through fashion. I’m also highly interested in acting and would love to play a role in a TV series or film.

Last year saw your first American tour, and an incredible performance at KCON, among other things. Coronavirus has dramatically altered the climate for performance artists. What are your plans for the rest of 2020?
I plan on releasing more music and holding more shows digitally through live-streaming platforms. A lot of performing artists have turned to live streaming and I think it’s an amazing way to stay connected with fans during these difficult times. I plan to focus more on developing new exciting projects and get ready for when the world will one day return to a more normal lifestyle.

How have you spent your time in lockdown?
I tried to be as productive as possible. With the extra time I had spent at home, I worked on writing music, working out, cooking, performing on live streaming platforms and engaging with my fans through social media.

Your complexion is incredible! Can you share a skincare secret with Glass?
Thank you! Throughout the years of being a K-pop artist, I’ve learned how to take care of my skin and maintain a good complexion despite the irregular sleeping schedules and the amount of makeup I had to put on. My secret is to always keep my skin moisturised and protected from UV rays. I also think a healthy eating habit is crucial as well, such as avoiding oily foods and alcohol.

The theme of this issue is Together. In the wake of the potentially isolating experience of lockdown and as you embark on a solo career, what does this mean to you?

Although we may have to socially distance from each other physically, everyone has come together more than ever digitally. It’s important to stay connected with one another and I think music is the best way to bring people together. I’ve benefited from music in so many ways and I wish I can do the same for my listeners.

Taken from the Autumn issue of Glass Man – Together.
Make sure you never miss a copy of Glass or Glass Man, subscribe here or here

All clothing THE GREATEST

Next
Rosé from BlackPink stars in Saint Laurent’s Denim Campaign 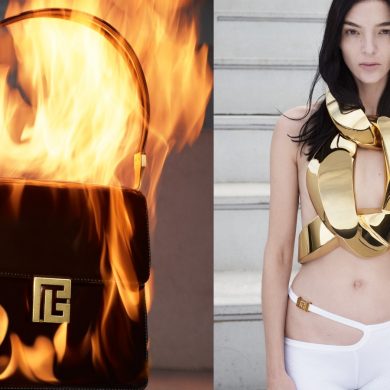