TITLED Salon 01 London, the SS21 collection by Bottega Veneta took to our screens yesterday afternoon as we were let into what fashion’s favourite wunderkind Daniel Lee had in store for us this season. Having designed the boot of the season, reintroduced chunky chains into leather handbags and become a firm favourite of most celebrities, it has become clear that whatever the Creative Director touches turns to gold.

The SS21 collection was actually shown back in October behind closed doors twice. The first time for the industry leaders who were given a glimpse that they couldn’t utter a word about, and shortly after to an audience of celebrities who had flown from across the world to witness Lee’s next move.

Notably, designer and musician Kanye West flew from Los Angeles with daughter North West to see what next summer’s wardrobe would consist of.

As the lights deemed and the saturated green light took to centre stage, spoken words by Swedish songwriter Neneh Cherry set the tone for what can only be described as a raw form of intimacy. The collection was about the importance of wearing clothes: “I use the things I put on my body as a form of protection.”

The times have changed, and Daniel Lee took that as inspiration to explore the personal relationship we have as humans with clothing. At a time where fashion could be arguably seen as not important due to the current global situation, Lee has flipped that conversation with Cherry to prove that fashion is important.

With no phones out and no extravagant show, Bottega Veneta showed us pure, unadulterated luxury fashion. Your essentials but served with that taste of Bottega. Chunky knitted sleeveless mini dresses were juxtaposed by floor-length tight dresses covered in floral embroidery, while a skirt suit in grass green is clear to be a firm favourite.

Menswear echoed a similar laissez-faire attitude with wide-leg tailored trousers, double-breasted boiler suits and oversized knitwear – a common theme throughout as Lee studied knitwear at Central Saint Martins. An unusual addition to the menswear is the seatbelt inspired belts to tie around the waist – possibly a nod to the desire to escape the four walls we have been confined to for the majority of the year.

In terms of accessories, futuristic, cycling-esque sunglasses were paired with the over-sized clutches made from the classic Bottega weave. Platforms reminiscent of 90s pop culture added to that element of being new but also touching upon the past, while strappy heels oozed that touch of sex appeal.

Ultimately, Daniel Lee gave us a collection that was luxury high fashion through and through. No gimmicks and no unwearable clothes. Though the crisis is far from being over, Lee’s prediction for post-pandemic fashion is something we will all want to be a part of. I am looking forward to swapping sweats for that mini green skirt.

All photographs taken by close collaborator of the brand Tyrone Lebon 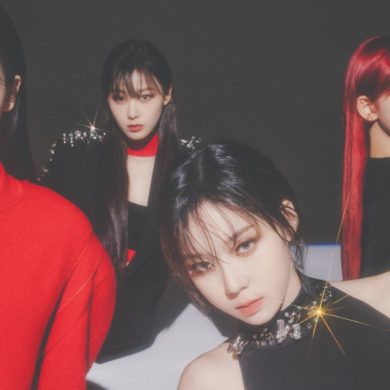