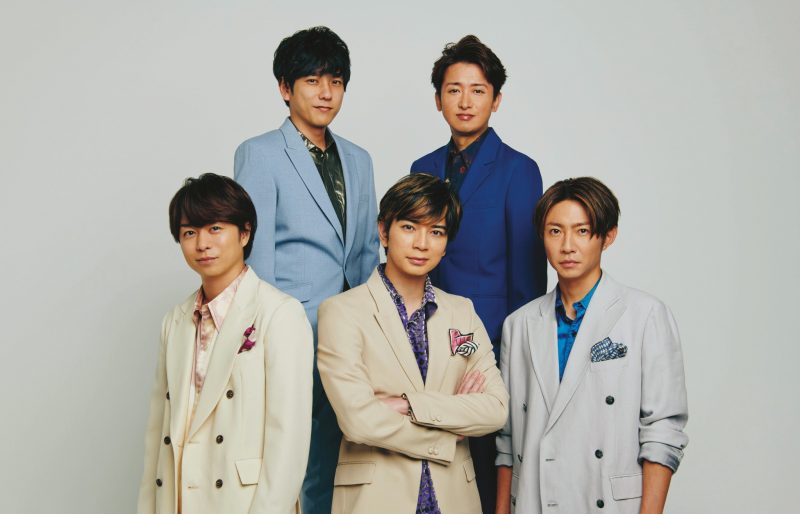 By Katrina Mirpuri
In CultureMain FeaturesMusic

DESPITE making their musical debut more than 20 years ago, Arashi are Japan’s biggest boyband, having sold over 54 million records during the span of their career. They continue to produce chart-toppers as well as perform to sell-out arenas across the globe. Hand-picked by the famous Japanese talent agent, Johnny & Associates, in 1999, their consistent success is largely due to their humble, hardworking nature and eagerness to please fans. In fact, everything they do is for their fans.

Glass spoke to one fifth of Arashi, Sho Sakurai, about what it’s like to be the biggest J-pop band, and how they have managed to stay relevant in the ever-changing world of popular music.

Given the coronavirus pandemic, you’ve not been able to tour or perform as you usually would. Tell us what you’ve been doing with your time?
It’s been incredibly unfortunate that we’ve had to cancel or postpone multiple concerts. Of course, it can’t be helped given the current situation, but it has been important for us during this time to think of ways to replace these opportunities, for people to be happy and enjoy what we have to offer.

One such idea was our series of “picture-book story time” videos we posted for a limited time on our YouTube channel. A uniquely Japanese art form, sharing these storybooks not only provided a bit of distraction for the children stuck at home, but also helped give their parents some time to themselves. Additionally, we’ve done charity concert live streams to raise money for front-line medical workers.

On a more casual note, we’ve also been hosting Instagram lives between us, for fans to participate in and get a sense of how we are behind-the-scenes. And of course, in my private life, I’ve tried to focus on things that I just never had time for prior to the pandemic. I used to go to the gym at least once a week, but ever since quarantine, I’ve created my own training routine which I do at home daily – certainly, more than I ever managed before.

What major changes have you noticed in the music industry?
As far as this year goes, the biggest change has been the loss of live concerts. The little things like the deep bass, the special effects, the lights, etc – you never miss until they’re gone and it’s really hard to get that live experience that makes so much of the performance. On the other hand, it’s been great for innovation. Entertainment might not be an essential service, but it certainly makes life worth living, making it all the more important to push on during these times.

You’ve been huge players in making pop music in the last two decades. In your opinion, what was the best year for pop music and why?
This is speaking just from my personal tastes, but the best era for music in Japan was the ‘80s, like the music variety shows that were on during that time. The limited distribution created a sort of shared “musical hearth” that everyone could gather around, with songs that literally everyone in the country could enjoy together. The current proliferation of platforms and content styles certainly allows everyone to find their favourite niche, but I kind of miss that you can’t get that pop ubiquity anymore.

Your talent agency, Johnny & Associates, created Arashi in 1999. Do you ever think about how different your life would be if you weren’t chosen?
We debuted in 1999 but even before then, as middle school students, we were a part of Johnny’s and heavily steeped in the entertainment industry. Having spent two-thirds of our lives in that world, I can’t say I can even begin to imagine any other life.

In 2006, your music made its way out of Japan and into Hong Kong, South Korea, Taiwan and Thailand. Today you’re global superstars. At what point in your career did you realise you were going to be so huge?
I’ve actually never thought of myself or any of us as “huge stars”, actually, which is why it was surprising, after having worked for so long exclusively in Japan, to go out to Seoul, Taipei, Bangkok, Jakarta and Shanghai and see all those fans singing our debut song, A.RA.SHI  – and in Japanese, too. I even met a Korean individual who told me that he’d been to our concert in Seoul and [became] inspired to study in Japan. He is now working for a Japanese company. That more than anything made me so proud and happy – to have been a bridge between cultures to spread knowledge and appreciation of Japan’s language and culture.

Arashi translates as “storm” in Japanese. Did you ever imagine that you’d create such a storm?
Given that Johnny debuted us when we were still in our teens, the very idea that we’d still be at it 20 years later is something none of us could have thought was possible. It’s been exclusively due to the efforts and support of our fans and staff. In fact, it’s actually pretty rare for groups here in Japan to have names that are in Japanese, so that uniqueness serves to draw in interest.

Why do you think there is such a big demand for Japanese pop music in the west?
I honestly can’t say, but I do know why we’re interested in bringing our music to these overseas fans of J-pop. More than anything, we really want to challenge ourselves to do something new and different; something we haven’t done, even in 20 years in the industry. In an interview I did with Lyor Cohen [YouTube’s head of global music], he commented on how the rise of subscription and digital streaming has shrunk the distance between different people.

With many awards and hit singles under your belt, do you still seek approval from fans?
For us personally, it’s about making our fans happy through whatever means necessary. We want to leave behind music and performances that remain in the hearts of our fans well after we’re gone.

The theme of our issue is “Together”. What does the idea of together mean to you?
Arashi is, at its heart, a project of five members that have been able to come together through the labours of music in conjunction with our beloved fans and dedicated staff. It has been a continuous journey of togetherness. “Together” to me is a dream impossible to achieve alone; a scene impossible to view by oneself. It’s something that, for me, goes hand in hand with a sense of the deepest gratitude for everything we’ve been able to do. 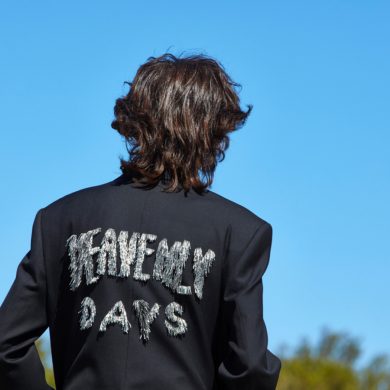