By Joshua Hendren
In BeautyNews

DELVING into Gabrielle Chanel’s deep fascination with astrology, the lion, the fifth sign of the zodiac and the late designer’s totem animal, is the emblem for the new Le Lion de Chanel fragrance.

Olivier Polge, Perfumer-Creator for the House of Chanel, explains that, when composing the scent, he was “much more interested in the emblematic Chanel lion than the animal”. Devoting his creation to the vision Chanel has developed of the lion – from the bronze figurines of the animal found in Gabrielle’s apartment at 31 Rue Cambon, Paris to the subtle lion engravings on the House’s tweed suit buttons – the result is a rich oriental scent that radiates strength of character.

Invigorating notes of bright lemon and bergamot are elegantly followed by musky labdanum and patchouli, before drying down to the soft, intimate touch of vanilla and sandalwood.

The latest addition to the Maison’s ever-decadent Les Exclusifs de Chanel fragrance family, Le Lion de Chanel is a warm, personal but impactful fragrance that exquisitely represents the King of the Beasts – a symbol of power that chooses to protect rather than dominate. 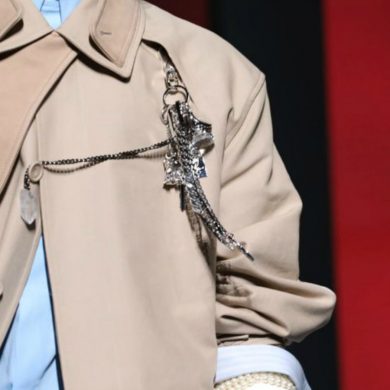